Eric Church kicking off Summerfest 2023 in Milwaukee with Elle King 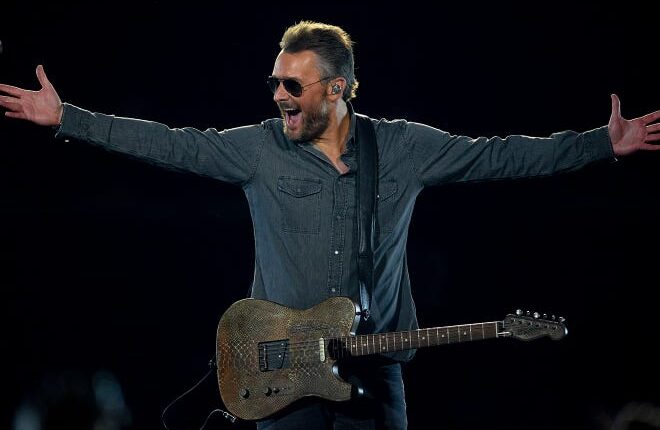 After playing one of the biggest gigs in Milwaukee in 2022, Eric Church is getting ready to play the Big Gig this year as Summerfest’s opening-night headliner.

The country superstar Wednesday announced his 27-date “Outsiders Revival Tour,” his first exclusively outdoor tour, stretching through the end of September in Tampa. Summerfest in Milwaukee has the opening date, June 22 at the American Family Insurance Amphitheater.

Church is rotating 18 openers across the tour. Elle King, fresh off opening for Chris Stapleton at a sold-out Fiserv Forum in October, gets the Summerfest opening slot.

Church last played Milwaukee May 28 at the Milwaukee Brewers’ American Family Field. The packed show was the second stadium-headlining set of Church’s career.

Tickets go on sale at 10 am Jan. 20 at the Summerfest box office (200 N. Harbor Drive), summerfest.com and ticketmaster.com, with members of the Church Choir fan club getting access to tickets beginning at 10 am Jan. 17 Prices have yet to be announced, but tickets will include Summerfest general admission June 22.

Celebrating its 55th year in 2023, Summerfest has announced more than half of its amphitheater shows, with the opening weekend lineup complete.

A show with fast-rising country-adjacent superstar Zach Bryan at the amphitheater July 7 is nearly sold out. Imagine Dragons and AJR join forces to close out the festival at the amp July 8.

At a board meeting for Summerfest parent company Milwaukee World Festival Inc. last month, retiring Vice President of Entertainment Bob Babisch said that the festival’s 2023 amphitheater lineup was complete, with more announcements coming early this year. The headliner lineup for the grounds stages is expected to be announced in March or April.

Republicans seek to crack down on bail, set new standards for violent crime