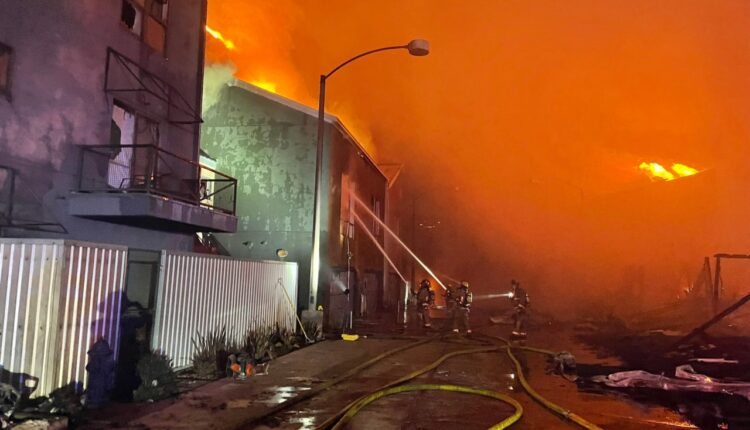 Largest fire in city limits in past 25 years

Las Vegas Fire and Rescue crews battled the blaze that covered an area on Fremont and Tower streets beginning at about 1 am Officials said the fire started in a building that was under construction. At least 10 buildings were either damaged or destroyed.

Nearly 100 people were evacuated from their homes as the fire burned. Only one person was reported injured. The person was treated for smoke inhalation.

According to a news release from the fire department, the fire was spotted by a crew returning to the station from a call. The firefighters noticed a large column of smoke and saw a large building that was under construction engulfed in flames, the release said.

The building on fire was inside a condominium complex off Fremont Street. The crew entered the complex and found it was letting off extreme heat, a threat to several nearby occupied condo buildings.

The crew radioed for help and then started to evacuate residents, the release said.

Ultimately, 40 units and 140 personnel were deployed to fight the fire and get people out of the area.

A power pole at the back of the building was on fire and collapsed, bringing down several power lines, which caused a large area to go dark, the release said. 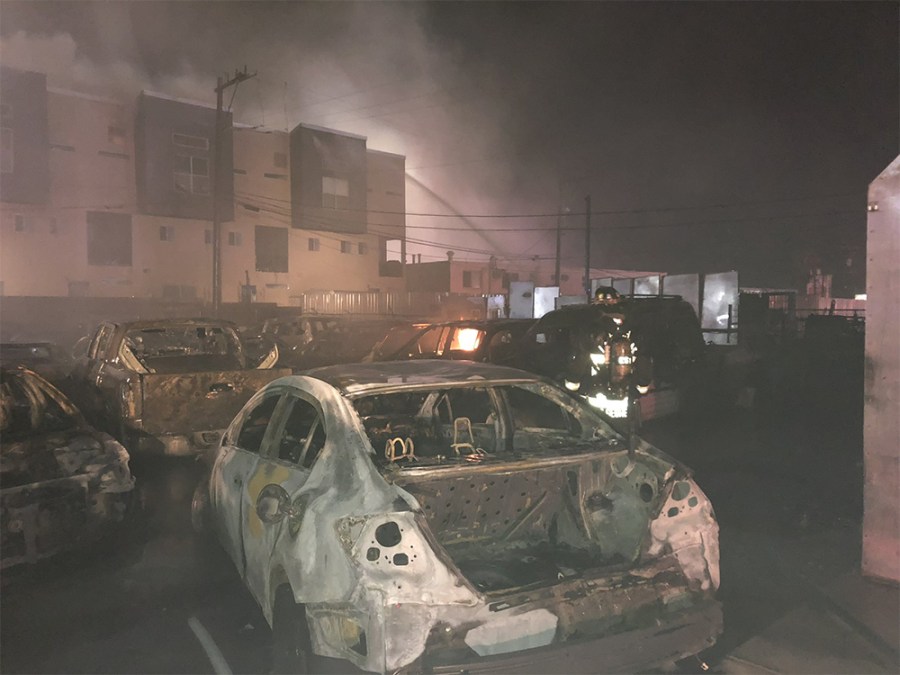 At about 6 am. Fire & Rescue said the fire was mostly extinguished but that flare-ups and hotspots remained.

Fire & Rescue said the fire involved the most “occupied dwelling units” at the same time in the city over the past 25 years.

The cause of the fire is under investigation.