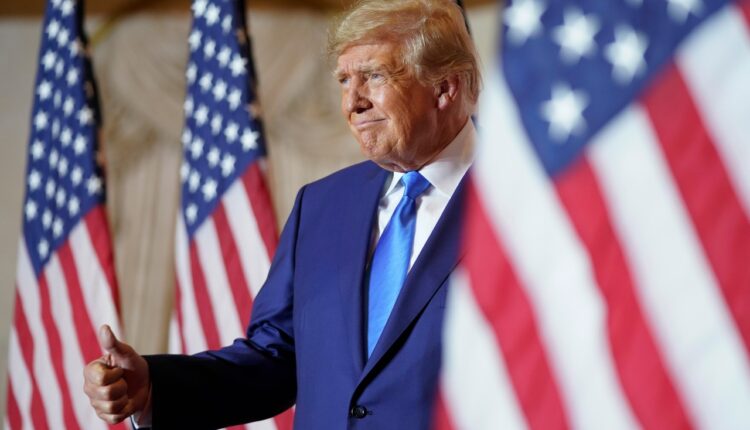 WASHINGTON (NEXSTAR) — Many people have wondered ever since the last election if former President Donald Trump will run for the presidency again. We now have the answer.

“In order to make America great and glorious again, I am tonight announcing my candidacy for president of the United States,” Trump said in front of a crowd at the Mar-A-Lago resort

This announcement comes a week after many of the candidates he backed lost during the midterms, but that’s not stopping some Republicans from offering their support.

“President Trump, he excites people, he energizes our base and he increases voter turnout,” said Rep. Marjorie Taylor Greene (R-Ga.).

But for many Democrats, this is anything but welcome news.

“The reason Republicans didn’t do nearly as well as they thought they would be is because of Donald Trump,” Brown said.

Governor Ron DeSantis (R-Fl.) is the man some are calling on to challenge Trump for the Republican nomination. Earlier Tuesday he shrugged off recent attacks from the former president.

“When you’re doing, you’re leading, when you’re getting things done, yeah you take incoming fire, that’s just the nature of it,” DeSantis said.

While Trump announced his own candidacy, he made no mention of a possible running mate.