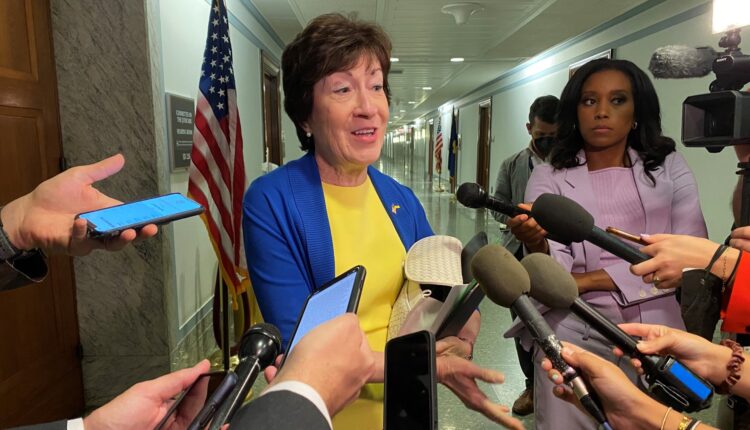 WASHINGTON — The U.S. Senate appears on track to send President Joe Biden a bill in the coming weeks that would guarantee same-sex and interracial couples can marry, even if the Supreme Court overturns the landmark cases that enshrined those rights.

“I think we’re very close,” Maine Republican Sen. Susan Collins said Tuesday of efforts to get at least 10 GOP senators on board with the House-passed legislation. Sixty senators in the evenly divided Senate would be needed to advance the bill past a filibuster and to a final vote.

“I’ve had a number of conversations with my colleagues. And this bill is very straightforward,” Collins continued. “All it does is put in to federal law the protection for the million same-sex marriages that are out there today.”

Wisconsin Democratic Sen. Tammy Baldwin, tasked by her party with getting the necessary GOP votes, said the bill is gaining more support each day and that she doesn’t expect it would be held over until closer to the election so that Democrats could make a political point.

“I don’t want this to be politicized,” Baldwin said. “I think that we simply have to codify Obergefell because there’s such uncertainty since Roe v. Wade was overturned about most people’s marriages. But we’ll do it when we have the votes and the time.”

The U.S. Supreme Court’s ruling overturning the nationwide right to an abortion last month included a separate opinion from Associate Justice Clarence Thomas, in which he wrote the justices “should reconsider all of this Court’s substantive due process precedents” that applied the same legal reasoning that was used in Roe v. Wade.

The Thomas opinion raised alarm bells with women’s rights and LGBTQ groups over how the current 6-3 conservative-dominated Supreme Court might undo other rights and led Democratic lawmakers to bring up legislation that would ensure those rights.

Murkowski absent due to COVID-19

Baldwin said on Tuesday the timing of the Senate vote on the marriage equality bill might depend less on when there’s enough bipartisan support and more on the number of Democrats and GOP supporters who are absent due to COVID-19. 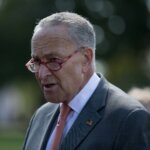 Senate Majority Leader Chuck Schumer, a New York Democrat, said Tuesday the bill remains a priority, though he didn’t say if he’d bring it up before the chamber breaks for its August recess at the end of next week.

“The bottom line is that we care very much about the marriage equality act,” Schumer said. “We are working real hard to get 10 Republican senators. Between that and the illnesses, we’re not there yet.”

So far, most Senate Republicans are remaining quiet about how they’d vote on the bill.

North Carolina Republican Sen. Richard Burr said Tuesday that he hasn’t decided how he’ll actually vote, even though he said last week that he “was leaning in opposition to” the bill.

When asked what more he needed to know before making a decision, Burr responded: “I don’t even know if it’s coming up. Is that too much to ask?”

Senate Minority Leader Mitch McConnell, a Kentucky Republican, said Tuesday he didn’t want to make “an observation” on the bill until it’s actually brought to the floor.

Montana Republican Sen. Steve Daines came out forcefully against the bill this week, saying he believes “marriage is between a man and a woman.”

“I’m opposed to this bill and believe it’s another attempt by Speaker Pelosi and the Democrats to distract the American people from the inflation crisis, energy crisis and the southern border crisis they’ve created,” Daines said in a statement.

The U.S. House vote on the bill was broadly bipartisan with 267 members, including 47 Republicans, voting to approve the measure last week.

But the bill wouldn’t ensure same-sex and interracial couples have the exact same rights that they have under the two Supreme Court rulings.

It would repeal the Defense of Marriage Act, it would set a “state of celebration” standard for the federal government to recognize same-sex marriages for federal benefits like Social Security, and it would try to get states to recognize marriages from other states.

The state recognition issue, however, might be somewhat tricky.

The Full Faith and Credit Clause of the Constitution, Stacy said, requires states to recognize judicial decisions from other states — but there is a public policy exception.

For example, if a state doesn’t allow people to legally marry until 18, a couple can travel to another state where they can legally marry at 16. But after couples return to their home state, the state government can choose not to recognize that marriage under the public policy exception, Stacy said.

“Obviously, the courts would still have to determine whether a state has a valid public policy exception reason for this,” Stacy said. “But [the bill] would provide a mechanism to get an answer to those questions quickly. And we think ultimately the courts would determine that those should be recognized. But obviously it’s not an ironclad guarantee.”

Same-sex couples, he said, would once again be required to travel to get married, if the Supreme Court overturns Obergefell and if their home state chooses not to allow those marriages.

“It would be a really complicated legal landscape, and it would depend on the state and what that looks like,” Stacy said. “And that’s one of the reasons why marriage equality is really so important.”