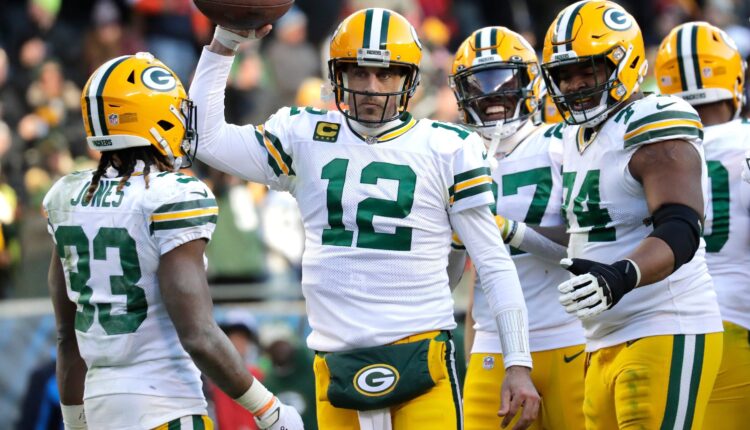 NFL fans are eagerly waiting to see their favorite teams fight again in the 2023 season. It’s difficult to predict who will win the NFL Super Bowl the next year because so many strong teams are competing. The Packers will have to bring their best performances, as their fans expect them to take the trophy home.

There is no doubt that every one of us is looking forward to the coming season that will begin in February 2023. As a result of this anticipation, experts and analysts are starting to make predictions and expectations for the teams. Here, we will discuss the possible performance of the Packers and what we expect from the teammates this coming season.

If you are a fan of American Football or are interested in Fantasy Football Strategy, this article might help you make better predictions for the coming season. The Green Bay Packers are considered the top seed among their rivals. However, do the Packers have a chance to make their mark at State Farm Stadium?

In addition to making history by winning the inaugural Super Bowl Tournament, the Green Bay Packers have won 13 league championships. There have been four Super Bowl champion titles for them thus far, with the most recent victory occurring in 2011. The team played against the Pittsburgh Steelers in 2011 and won the Championship by beating the team by 31 to 25.

With their strength and performance in the years so far, the experts have come up with their predictions and expectations for the Packers this coming season. These predictions are based on the following;

Predictions favoring the Green Bay Packers are primarily due to their cooperation and strength as a team. If they play strategically, they can win the game since they have the best running offense. Moreover, they were placed eighth in the NFL championship with the greatest rushing offense of 131 yards per game.

Matt LaFleur’s leadership has proven to be a priceless asset for the Green Bay Packers. They have won 13 games in their first three seasons under Matt’s leadership. Matt LaFleur is recognized as having the best skills and winning tactics among the other 14 head coaches.

The Green Bay Packers have two outside linebackers that are quite strong due to their current 4-3 defense: Rashan Gary and Preston Smith. By including Devonte Wyatt and Quay Walker in the lineup, the defense has also advanced to a new level. This pair will initiate a defensive and aggressive approach in opposition to rival teams.

The Green Bay Packers offensive duo of Aaron Jones and AJ Dillon is always a delight. They improve the game’s fun factor with their aggressive attacks and winning attitude. This pair achieved a remarkable 4.8 yards per run in 2020. However, the team as a whole could suffer significantly from their absence.

It’s time for the Green Bay Packers to win. The Packers haven’t won the Super Bowl title in 13 years. So here is their chance to showcase their abilities and delight the crowd by winning the Super Bowl trophy. Predictions state that 2023 will be the year that the cheer “Go! Packs! Go!” will be heard on the field.

Predictions and expectations are based on analysis and individual viewpoints. How well a team performs on the last day is everything. The Green Bay Packers have a strong defense this time, thanks to Aaron Rogers and other high-profile players. Let’s see who can win the trophy and take it home.

Man allegedly attacked 2 people with a brick, tried to run over deputy