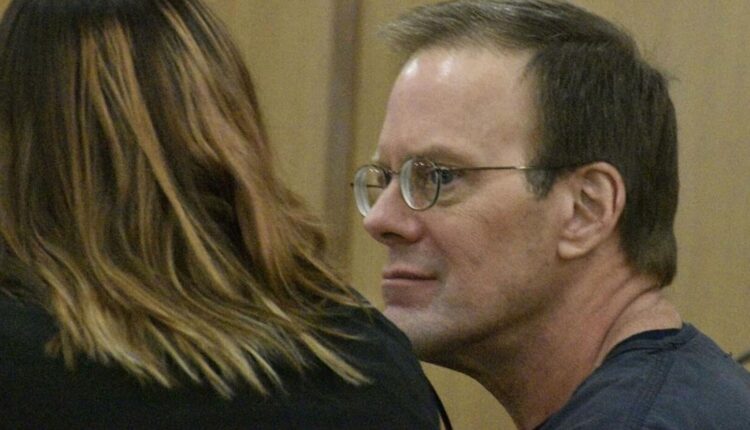 A new jury trial for the man convicted in the 1998 death of his wife in Pleasant Prairie is set to get underway early next month.

The final pre-trial hearing was held Friday in Kenosha County Circuit Court for Mark D. Jensen, who was originally convicted in 2008 in the death of his wife, Julie Jensen, a decade earlier.

Mark Jensen was convicted on evidence that included a letter Julie Jensen, 40, wrote before her death and gave to a neighbor. In it, she wrote that “if anything happens to me” that her husband “would be my first suspect.” The letter was revealed after her death.

Earlier this year, a US Supreme Court rejection helped pave the way for the new trial. The nation’s highest court declined to hear the case after an appeal from a Wisconsin State Supreme Court ruling that Jensen should receive a new trial without the letter used as evidence.

Mark Jensen, who appeared in court Friday in a navy blue prison jump suit, smiled when he saw his parents in the gallery. He has maintained his innocence for decades. His attorneys have argued Julie Jensen was depressed and killed herself after framing her husband for her death.

Prosecutors argued Mark Jensen killed his wife with antifreeze in order to be with his mistress, and that he searched the internet for ways to make her death look like a suicide.

Jensen, 63, who has been in custody in the Kenosha County Jail on a $1.2 million bond, was previously sentenced to life in prison with no chance for parole by Kenosha County Circuit Court Judge Bruce Schroeder. Schroeder presided over the original trial that was moved to Walworth County in part because of pre-trial public interest.

Jensen was sentenced in 2008 after a jury convicted him. A series of appeals followed and in 2013 a federal court overturned his conviction and ordered that he be retrieved or released from prison. A federal judge ruled Julie Jensen’s letter was harmful to Mark Jensen’s defense.

When a second prosecution began in 2017, Kenosha County Circuit Court Judge Chad Kerkman ruled the letter should be admitted and Kerkman reinstated Jensen’s conviction without a second trial.

However, the Wisconsin Supreme Court ruled in March 2021 that Jensen must receive a new trial and that the letter and incriminating statements his wife made cannot be used by prosecutors. What followed were appeals that ended when the US Supreme Court declined to take up the case.

Prior decisions from courts ruled the so-called “letter from the grave” violated Jensen’s Sixth Amendment right to confront witnesses against him.

On Friday, Milisauskas said his ruling regarding the letter was in line with the Wisconsin Supreme Court’s decision on it.

“The letter is not coming in,” Milisauskas said.

During the third day of the Kyle Rittenhouse trial in November 2021, Kenosha County Circuit Judge Bruce Schroeder speaks about the 2008 homicide trial of Mark Jensen, who is accused of poisoning and smothering his wife.


Sydney Michelle Bebo27, of Kenosha, faces charges of probation and parole, and possession of THC.