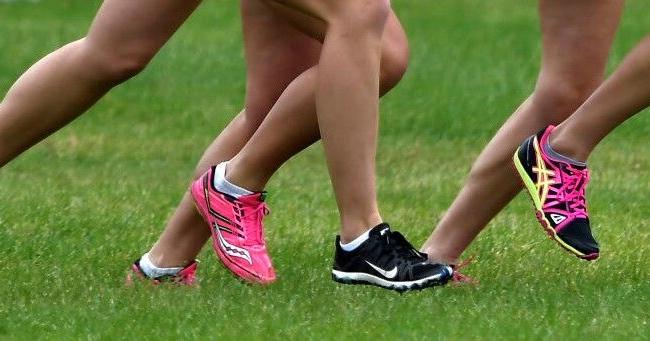 The Indian Trail High School boys and girls cross country teams had different ways of finishing in the top five Saturdays in one of the largest and longest running meets in the state.

The boys had two top-20 runners to finish fifth and the girls used a pack mentality to finish fourth in the 54th annual Angel Invitational Saturday on the UW-Parkside National Cross Country Course in Somers.

The Hawks had the second-best overall combined boys/girls team finish in the meet, behind Wisconsin Lutheran, which was second in both races.

The best individual finisher among the five Kenosha County teams in the 36-team boys’ race (31 complete teams) was Indian Trail sophomore Remy Strichartz, who was fourth in 16:41.8 on the 5,000-meter course. He was just 24.6 seconds behind winner Joe McNulty of Mukwonago (16:17.2); the top seven runners in the meet finished within 34 seconds of McNulty.

The top individual county finisher was Union Grove senior Ryan Peplinski, who was 57th in 18:32.9. Sophomore Killian Helt was 83rd for the Broncos (19:17.9).

Senior Nolan Boerner of Prairie, who had just three runners, was next behind Peplinski among county runners, taking 63rd in 18:39.7.

GERMAN TOWN INVITATIONAL: The Hawks competed alongside 25 other teams Saturday in the high-powered Germantown Invitational.

Indian Trail (7-11 overall) first played Waukesha Catholic Memorial, ranked second in the state in the Wisconsin Boys Volleyball Coaches Association poll, and lost 25-22, 25-20. The Hawks then lost to Sussex Hamilton 25-12, 25-20 and went to the consolation bracket.

“Catholic Memorial is a tough team and they proved it when it came down to clutch time,” Indian Trail coach Brian Sharkey said. “They earned that win with some strong serving and great swings, but again we proved that we can hang with the top teams in the state.”

In the match against Hamilton, the Hawks lost key player Ryan Edwards after he was injured in a collision with a teammate. Sharkey said his loss heavily impacted the team’s performance throughout the remainder of the tournament.

“It wasn’t just that we lost Ryan,” Sharkey said. “We were without starting libero Jackson Tirado and starting outside hitter Tillon Galgan had to set with the help of freshman setter Mason Fiene. The guys who stepped in did the best they could, but we were just too out of sorts to put together a complete match.”

Jackson Wilhelmson led the Hawks with 21 kills. Galgan finished with 39 assists and 17 kills and Aidan Bratzke led the defense with six blocks.

CENTRAL 0, BROOKFIELD CENTRAL 0: The Falcons played to a draw in their nonconference match Saturday at Brookfield.

“We continue to hold our own against top opponents,” Central co-coach Vlatko Minic said. “This really speaks to our depth and grit. The game was back and forth. We created some quality chances, but so did they. It was certainly a fair result.”

Central (4-2-2) has suffered injuries throughout the season, leaving players to play in different positions than they are used to. One of these players, Marcos Lowe, was tasked with playing on the defensive side of the ball for the first time this season.

Carlo Perez made three saves in goal for Central.

The Lancers, ranked 10th in Division 2 in the Wisconsin Soccer Coaches Association state poll, is 1-1-4.

CENTRAL: Junior twins Kylie and Katelyn Walker each shot a 4-over-par 75 Saturday to lead the Falcons to fourth place in the loaded Janesville Parker Invitational at Riverside Golf Course.

The twins tied for ninth place in the individual standings and Kylie Walker won the WIAA tiebreaker for ninth and Katelyn was 10th.

Kylie had three birdies in her round and had nothing worse than a bogey. Katelyn had two birdies and fewer bogeys, but had a pair of double bogeys.

Senior Elle OReilly shot an 85 and junior Chloe Brown had an 88 to round out the Falcons’ top four.

Middleton won the team title with 308, with Waunakee second at 311, Union Grove third at 313 and Central fourth at 323. The teams are ranked No. 3, no. 7, no. 2 and no. 1, respectively, in Division 1 in the Golf Coaches Association of Wisconsin state poll.

Union Grove senior Norah Roberts was the medalist, shooting a bogey-free 4-under-par 67 to win by two shots over runner-up Izzi Stricker of Waunakee (69) and third-place Vivian Cressman of Middleton (70). Kylie Walker played in the same group as the three girls.

Gianna Wulterkens finished third in the 200 individual medley (2:24.39) and fifth in the 100 breaststroke (1:13.75) and was the only other multiple individual-event medalist for Indian Trail.

Indian Trail finished sixth in the meet with 208 points. Germantown won the 18-team meet handily with 535.5 points, well ahead of runner-up Greenfield-Pius Co-op (355).

The best finish for either school was in diving, where Teiya Brewster took third for the Trojans with 417.70 points. Maranda Uttke of Grafton won with 461.25.

Tremper totaled 85 points to finish ninth in the 13-team meet and Bradford was 10th with 41. Cedar Rapids (Iowa) Kennedy won the meet with 423 points, just ahead of Kohler/Sheboygan Lutheran/Falls (412.5).

The Falcons won both of their dual meets Saturday, 5-2 over the Trojans and 4-3 over Brookfield Central 4-3. On Friday, the Falcons lost to Kettle Moraine 5-2 and beat New Berlin Eisenhower 4-3.

The two constants over the two days for Central were in singles. Gwen Hammond, at No. 1 singles, and Ava Philips, at No. 4, both won all four of their matches, all in straight sets.

Against Tremper, Hammond beat Nicole Porut 6-0, 6-0 and Philips beat Ella Callahan 6-0, 6-3. Other winners against the Trojans were by Lauren Werlinger at No. 2 singles, Mary Kinzler and Ava Aschenbrener at No. 2 doubles and Morgan Chyla and Nina Pelli at No. 3 doubles.

Chyla and Pelli went 3-1 in their four matches, also winning against Brookfield Central and Eisenhower.

Tremper had a rough tournament, also losing 4-3 to Eisenhower, 4-3 to Brookfield Central, 7-0 to Kettle Moraine and 6-1 to Franklin.

Winners for the Trojans against the Falcons were Tegan Rowlands, who beat Ella Alcalde 4-6, 6-0, 10-3 at No. 3 singles, and Katelyn Rocha and Leah Weisinger, who beat Grace Hanke and Gianna Mandli 6-3, 6-0 at No. 1 doubles.

Rowlands went 3-2 at No. 3 singles, i.e. winning against Eisenhower and Brookfield Central.

Two teens killed in homicides since Sunday in Milwaukee