How to stay safe during your winter run 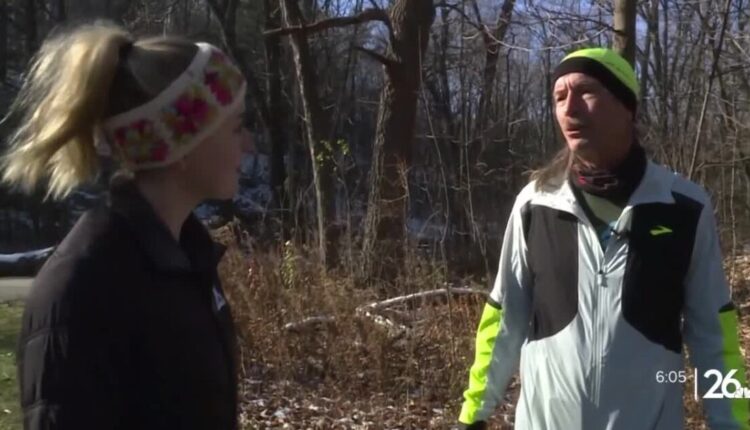 He first discovered his passion for the sport after doing the Bellin Run in 2009.

“I started out doing 5ks and 10ks and thought that was going to be the farthest I ever ran, and then I just discovered new distances,” Conklin said. “Then I did a half-marathon and a marathon. Then I discovered trail running and ultra-marathons. The longest race I’ve done is 100 miles.”

Conklin, a Green Bay resident who is also the race director for the Dawn to Dusk Endurance Run, runs five days a week and is used to running in the cold, even in below zero temperatures.

His best advice for running in cold temperatures is to layer up. Linda Maxwell, another avid runner and the assistant race director for the Bellin Run, agrees.

“The most important thing is having a wicking layer to start out with,” Maxwell said. “I prefer something with a zipper because you can adjust throughout your run.”

Maxwell added that “layering is important when it comes to your hands as well.”

“I love to have a mitten and then a wind layer on top of that,” Maxwell said.

Runner visibility can also be a challenge in the winter, and icy surfaces can be hard for runners to spot. Maxwell emphasizes the importance of having the correct gear to remain visible and avoid injuries.

“Reflective gear is great, but light up is an even better option, and there’s lots of things out there that you can wear comfortably,” Maxwell said. “Or a headlamp, so you can see the ice ahead or what’s going on, so you’re safe that way.”

She also said traction devices for your shoes are a great way to prevent falling on slippery surfaces, and anyone looking to get running gear should go to a place like Run Away Shoes in Green Bay, where employees like Conklin himself, can provide more personalized expertise .

Conklin said despite the winter conditions, new runners shouldn’t let it intimidate them from trying out the sport.

For anyone interested in participating in a run on Thanksgiving morning, it’s not too late to register.

The Festival Foods Turkey Trot will be held at 8 am in the following locations on Thursday, November 24: