‘It just didn’t pan out’ 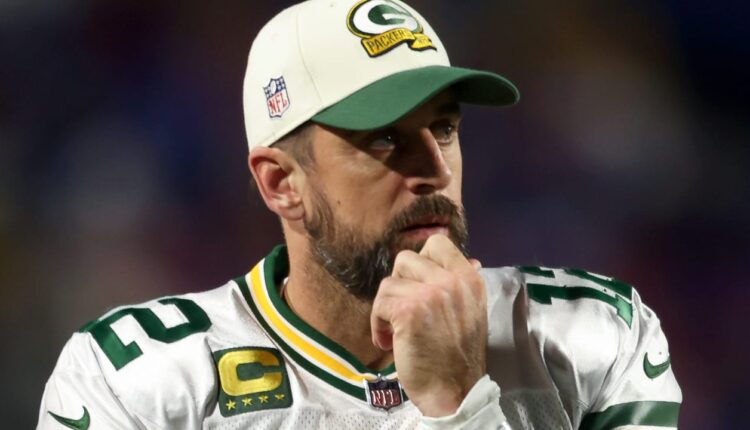 Aaron Rodgers and the Green Bay Packers are struggling offensively, and there aren’t any reinforcements in sight.

Despite riding with a receiving corps that is inexperienced and lacks demonstrable big-play ability, Green Bay stood pat at the trade deadline, choosing to proceed with the roster as is.

Rodgers, who has been notoriously displeased with Green Bay’s pass-catching personnel decisions in recent years, wasn’t as upset by the lack of additions this time around.

“The compensation for whatever players we were going after just didn’t make sense,” Rodgers said Wednesday, via USA Today’s Ryan Wood. “So I trust (Packers general manager) Brian (Gutekunst), and we had some good conversations. We were in on some things. It just didn’t pan out.”

Rodgers can ride the company line in this setting, considering Green Bay has invested in the position in the last six months, drafting three receivers — Christian Watson, Romeo Doubs and Samori Toure — including two in the first four rounds (Watson and Doubs ). He can feign contentment with the situation, at least regarding the efforts made to add pass-catchers.

But the quarterback has also let his true feelings fly regarding the young group of targets, both publicly and privately. Instead of doing so Wednesday, Rodgers responded simply: We’re all we’ve got.

Rodgers has a reason to feel better about the position than in previous weeks. Green Bay finally started to find some success downfield in its most recent game, a 27-17 loss to Buffalo. Doubs and Toure scored touchdowns of 19 or more yards in the game, and Doubs — who currently ranks second among all Packers with 30 catches for 296 yards and three touchdowns — has shown signs of being a long-term difference-maker in Green bay

It’s just that Rodgers doesn’t have time for long-term development.

Unfortunately, as he said Wednesday, they have to attempt to win with the guys they have. We’ll see if they can work together to dig out of their current 3-5 hole.