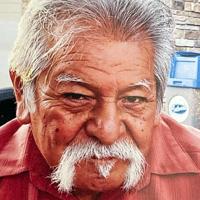 KENOSHA—Juan Coronado, 78, of Kenosha passed away on Wednesday May 18, 2022, at his home surrounded by his loving family.

Juan was born on March 30, 1944, in Cotulla, TX, the son of the late Dionicio and Alcaria (Velasquez) Coronado. He was educated in the schools of TX. Juan married Oralia Torres on April 15, 1962, in TX, they were blessed to have been able to see and celebrate their 60th Wedding Anniversary. Juan was employed at OMC/Johnson Motors for over 30 years. His hobbies included fishing, cooking out, going to flea markets, but most of all spending time with friends and family, especially his grandchildren.