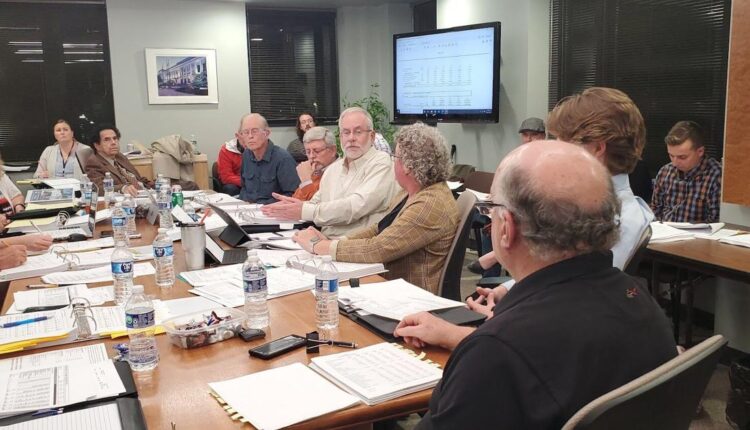 Kemper Center Inc., the entity that manages the historic buildings on Kenosha County property owns on Lake Michigan, will give county officials access to its audits and financial records in exchange for benefitting from a proposed business plan aimed to help maximize its offerings and continued utility payments.

The Finance Committee during its review of the Public Works budget voted unanimously Tuesday night on separate recommendations that require Kemper Center Inc. to:

– File its 2022 audit with the county by next year in order for the county to continue paying its utilities – about $105,000. Kemper must pay back the utilities cost if the audit is not provided

– Provide the last 10 years of financial records to facilitate implementation of a proposed business plan. The business plan is expected to cost $50,000 for the county parks division to hire a consulting firm which would be studying the entire Kemper campus

In addition, the committee voted unanimously to remove the allocation of $50,000 in the parks budget for the study and instead pay for it through parkland development funds, which are sustained through payments from the beer garden at Petrifying Springs Park, waste management and other sources. The $50,000 was identified as funding that would go toward hiring a deputy and two detectives.

Committee Chair Terry Rose wondered about Kemper Center Inc.’s position in helping pay for the study. Parks Director Matt Collins, however, said he did not consult directly with the management team’s administration as the business plan is one that takes into account the entire campus and not just the Kemper Center itself.

“Again, this is not a riff from my standpoint of anything with Kemper Center Inc. It’s more so just for Kenosha County to see how we can really utilize that campus,” Collins said. “They’ve been a great partner. They’ve really helped us out and offset that personnel cost that the parks would have to go into.”

According to Collins, the study consultant had yet to be chosen, however, his division would be calling for requests for proposals to select a firm later this year.

Supervisor David Geertsen moved to remove the $50,000 from the levy that funds the parks budget and recommended that it instead be paid for parkland development funds. The fund, according to Public Works Chief Finance Officer Jim Kupfer, is expected to have about $500,000 in it after next year.

Kemper Center Inc. Executive Director Ed Kubicki said he would be “happy to work with the county in any way that we can to help better Kemper Center.”

“We appreciate the effort,” said Kubicki.

During last week’s public works meeting, several supervisors questioned the contract Kemper Center Inc. has with the county. According to County Board Supervisor Laura Belsky, who is a member of the Kemper Center board, said the county has made annual payments, about $100,000 for the building’s utilities, since 2019 due to a 2017 memorandum of understanding between the two entities. Belsky said anything about that amount Kemper pays for.

Decker had wondered why Kemper Center had a budget of $105,000 for utilities if the memorandum states the county’s cost is $100,000. Kubicki said he asked the board to increase the payment last year due to air conditioning costs that Anderson Arts Center did not have previously. Last year, utilities amounted to $134,000.

An agreement in 1992, however, according to Decker, was one that required the center to be self-sufficient. She added that the county isn’t obligated to pay the utilities.

“The MOU states that we do not have to pay them if the County Board does not fund them,” she said. Decker has also objected to the memorandum signed off by previous County Executive Jim Kreuser because it did not go to the board for its approval. She said several supervisors feel that the county’s continuing payments are a “crutch”, enabling it not to raise funds. She said she’d like more financial information in order to aid consultants performing the business.

Kemper Center Inc. is supposed to provide the County Board with the 2021 audit; however, it is late, according to Kubicki, due to staffing shortages with the auditing firm. Kubicki said the audit, which was due in May, is now expected to be released next month.

“We’re not trying to hide anything,” he said.

Geertsen then motioned that the committee vote to allow the county to pay Kemper’s utilities with the stipulation that the management turn over the 2022 audit to the county by “sometime in 2023.” If the audit is not provided, Kemper must pay back the county for the utility costs.

“I have no problem with that,” said Kubicki.

Supervisor Brian Bashaw then proposed tying the study to Kemper’s submitting the last 10 years of financial records to county officials for review.

Belsky said she has looked over Kemper’s books and pulled the required non-profit filings with the IRS, which she provided to Decker.

“If you look in 2015-2019, they made almost $1 million in public revenue. So, they are performing,” she said, adding that 88 percent of the operating costs are funded by donations and public support.

“Of course, COVID impacted everything. So I think we need to take that into consideration,” she said. “Kemper wants to open their books and be very forthright with everyone.”

“I mean, we have tens of millions (of dollars) of buildings, this is a county park that thousands and thousands of people use. It’s got a history here,” he said “And we need to work together as much as possible with every entity that’s involved with Kemper.”

Mary Gullo and David Kotowski relax in their chairs as the fog rolls by during the Lakeside Lounge event at the Kemper Center on Thursday, June 10, 2021.

Everett Aguilar, 2, takes a gulp of a lemonade during the Lakeside Lounge event at the Kemper Center on Thursday. Outdoor activities have been surging in Kenosha County.

The Front Porch Rockers, Paula Treacy, left, and Jusus Villa, perform during a Lakeside Lounge event at the Kemper Center in 2021. This year’s “Lakeside Lounge” performers from 6 to 8 pm will be: Violet Wilder, on Wednesday Ludlow Group, Jul 20; Karma Shotgun, Aug 17; and the Jill Plaisted Group, Sept. 7.

The Front Porch Rockers, Paula Treacy and Jusus Villa, perform during the Lakeside Lounge at the Kemper Center on Thursday evening, backed by lakefront fog which rolled in later in the day. The free event was open to the public and boasted food and drink vendors and featured live music. The event will be held again at the Kemper Center, 6501 Third Ave., on June 24, July 22, Aug. 5, Aug. 19, and Sept. 2.

Guests relax as The Front Porch Rockers perform during the Lakeside Lounge event at the Kemper Center on Thursday, June 10, 2021. The free event is open to the public and boasts food and drink vendors and features live music. The event takes place again on June 24, July 22, Aug 5, Aug 19, and Sept 2.

Corey Mitchell squeezes lemons as he mans his daughter’s lemonade booth, SuperNova Artisan Lemonade, during the Lakeside Lounge event at the Kemper Center on Thursday, June 10, 2021. The free event is open to the public and boasts food and drink vendors and features live music. The event takes place again on June 24, July 22, Aug. 5, Aug. 19, and Sept. 2.

How to save Wisconsin’s health and environment