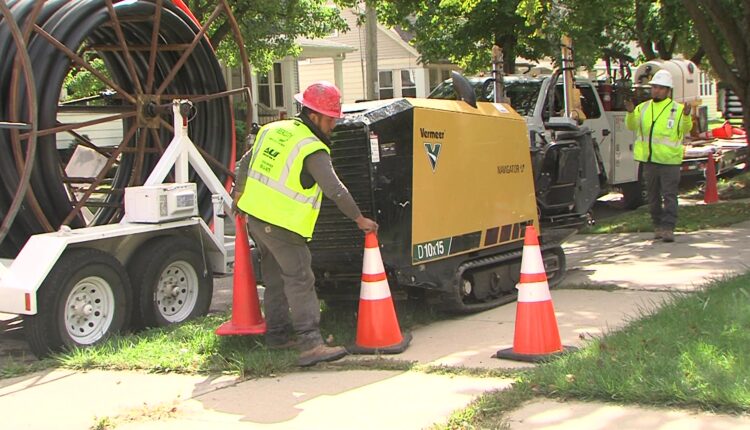 KENOSHA, Wis. (CBS 58) — Friday, Sept. 23, the city of Kenosha geared up for faster internet after partnering with outside help, starting a $100 million project over the span of three years.

The city partnered with SiFi networks, a privately-owned telecommunications company.

The way it works is historically, homes throughout the nation, and that includes Wisconsin, run on copper connected internet.

A connection that works, but given the fact many homes now no longer use just one internet connected device, change was needed, introducing a fiberoptic infrastructure.

“Have one gig and actually up to 10 gigabytes of broadband, it’s just unbelievable,” said Peters.

And it’s that unbelievable aspect of Kenosha families like the Nyes say they are looking forward to.

“My husband, yeah, he works in Milwaukee, so he works from home, I have to work from home. So it’s really helpful for us to all to be able to use internet at the same time, without it crashing,” said Jessica Nye, a Kenosha resident and mother of six.

The funding for the project is 100% backed by SiFi network.

People will be able to use the fiber connection through an open access network, picking their preferred service provider, a move families say they are excited to have.

“We got a lot of devices and a lot of people that want to do a lot of things at the same time, so better internet is always a win.”

People of Kenosha can expect to see faster internet speed as early as the year 2023.

U.S. House GOP outlines agenda in bid for control in the midterms