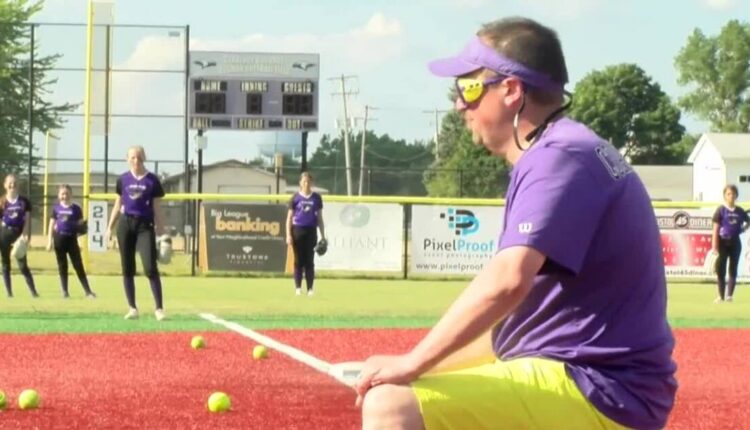 Diagnosed with heart disease in 1996, Matt Troha, or Coach Matt, never let it slow him down.

He is the Kenosha Hawks 12U head coach and a heart transplant recipient.

“I made a promise to them last summer at tryouts and last fall when we started it that I was going to be their coach. I might be out for a period of time, but I’ll be back, and it’s my duty to get you guys better at the game,” says Coach Matt. “I was on medicine and eventually had some electrical issues at the beginning of 2000. So, I had 14 cardioversions and two roblations to blade my heart inside. I’m an attorney by day for a large transportation company. Then I coach basketball and softball at night, 10-11 months out of the year.”

In August of 2021, doctors informed Coach Matt that he would require a heart transplant to keep going.

“I had 40 percent scar tissue in my heart. So only 60 percent of my heart was working, and blood wasn’t getting to where it needed to,” says Coach Matt.

Luckily for the Kenosha Hawks coach, a new heart came within three months of being placed on the waiting list. With only two hours to get to the hospital once notified, Coach Matt was more worried about his athletes and practice that night.

Finding fill-ins like Coach Bradley, was the easy part.

“You’re just hoping and praying for the best, obviously going forward. The team was secondary, I knew I would be able to handle that. We were much more concerned about Coach Matt and him getting through this,” says Matt Bradley, Indian Trail Academy softball coach, and fellow Kenosha Hawks 12U coach.

If you were to ask the family and friends of Coach Matt, so was the transplant.

“Once I FaceTimed him, all he did was talk about softball. Did you go to practice last night, how was pitching,” says Natalia ‘Peach’ Troha, daughter of Coach Matt and Kenosha Hawks pitcher.

The hard part was getting others to let the coach back on the field.

“A little more than three months after the fact that I had the heart transplant that I got back on the field. Matt said, you want me to come with you? I said, nope I want to surprise them, so I surprised them one night,” says Coach Matt.

“Yes, Coach Bradley’s a great person, but I was missing my dad as a coach and I think all of the girls missed him,” says Peach.

“He’s out here doing what he loves and what he has a passion for. So that’s the best thing for me to see him out with the kids,” says Coach Bradley.

Now, nothing can stop Coach Matt from giving all his teams and players, especially not even a broken heart.