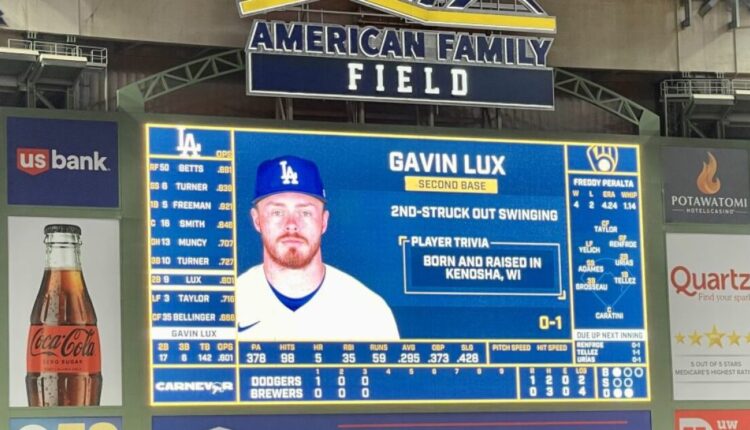 MILWAUKEE — TMJ4 News is featuring a segment in conjunction with our partners at Kenosha.com. Each Wednesday, we will profile their “Kenoshan of the Week.”

This week, we introduce to you Gavin Lux, a Kenosha native who went on to become the second baseman for the Los Angeles Dodgers.

As a kid, Lux would sit in the stands at Miller Park, now known as American Family Field, to watch the Milwaukee Brewers, dreaming of the day he would become a big-leaguer himself.

Fast forward, Lux found himself playing on that same field last week as the Dodgers took on the Brewers in a four-game series. It was only a 30-minute drive from where he grew up.

“It’s cool,” Lux told Kenosha.com outside the Dodgers’ dugout last Wednesday as the team warmed up before the third game of the series. “I remember coming to a lot of these games. It’s maybe not so much surreal, but it’s cool for me. Playing in front of your hometown fans, it’s cool.”

According to Kenosha.com, Lux purchased a home in Kenosha where he continues to live during the offseason.

“I was texting with my dad (Tuesday), and I said, ‘Yeah, it feels weird sleeping in my own bed in August and then driving and playing a game,'” Lux told Kenosha.com. “So it’s a little weird, but it’s a long season, so it breaks it up a little bit, which is nice.” 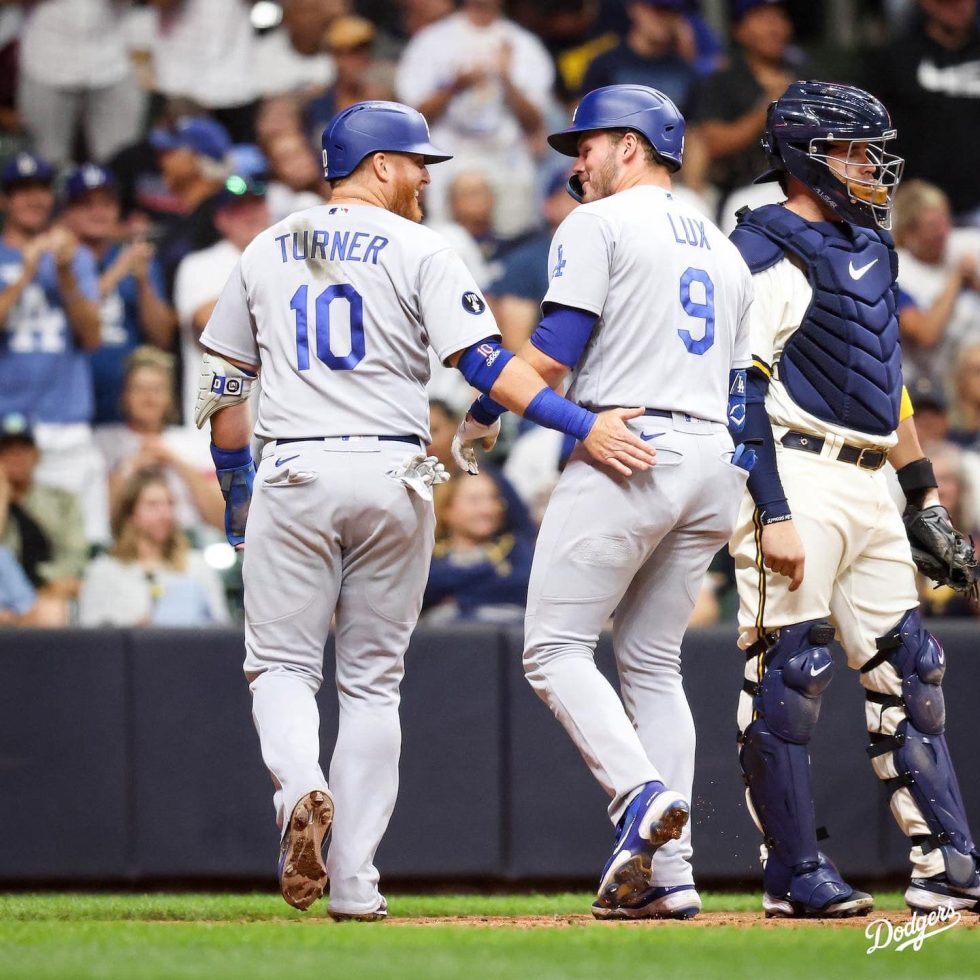 Lux played four seasons of varsity baseball at Indian Trail High School and Academy. Kenosha.com reports Lux signed a National Letter of Intent to play college baseball at Arizona State. As his senior year at Indian Trail progressed, it was likely he would go highly in the 2016 MLB Draft right out of high school. The Dodgers selected Lux ​​with the 20th overall pick in the first round of the 2016 draft. He bypassed college and turned pro.

According to Kenosha.com, Lux was with the Triple-A Oklahoma City Dodgers by 2019 and ranked as the organization’s top prospect. Lux became the first Kenosha native to win a World Series ring when the Dodgers won it all in 2020.

Read the full story at Kenosha.com.

Check out the previous Kenoshan of the Weeks: