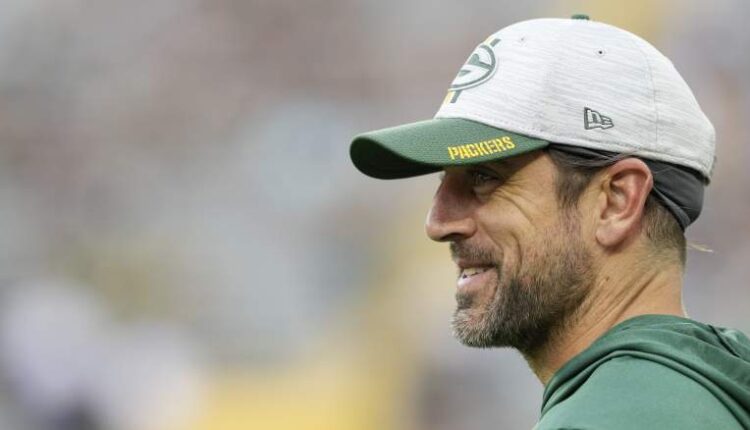 Aaron Rodgers #12 of the Green Bay Packers looks on before a preseason game against the New Orleans Saints at Lambeau Field on August 19, 2022 in Green Bay, Wisconsin. (Photo by Patrick McDermott/Getty Images)

The Green Bay Packers still have hope of landing a top-end target for quarterback Aaron Rodgers before the regular season begins.

Green Bay could achieve this through free agency, with Odell Beckham Jr. still available but not likely to play until some point mid-season following an ACL injury during the Super Bowl. The other option, suggested by Alex Kay of Bleacher Report on Monday, August 22, is to reignite trade discussions with the Las Vegas Raiders for tight end Darren Waller.

The teams broached the topic when they worked out a deal in March that sent wide receiver Davante Adams to Vegas in exchange for the Raiders first-round and second-round selections in the 2022 NFL Draft, per Aaron Nagler of Cheesehead TV.

Nagler reported that Green Bay wanted Waller back as part of the Adams trade, but the conversation was moot due to league rules about the allowed trade compensation for a player on an unsigned franchise tag, which Adams was when the Packers dealt him to the Raiders.

ALL the latest Packers news straight to your inbox! Join the Heavy on Packers newsletter here! 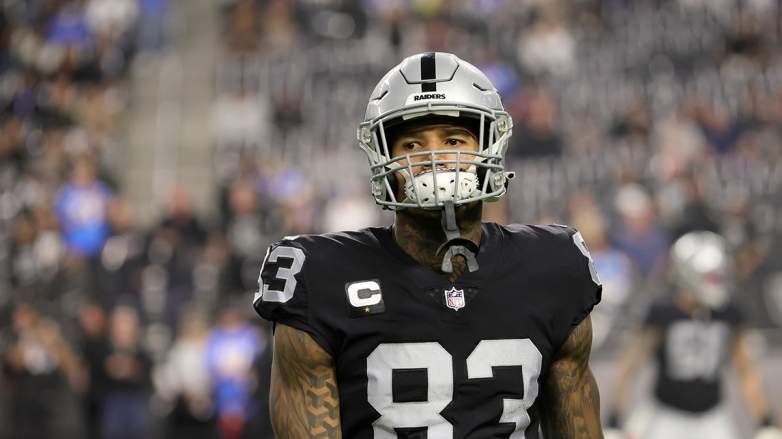 GettyTight end Darren Waller of the Las Vegas Raiders warms up before a game against the Los Angeles Chargers at Allegiant Stadium on January 9, 2022 in Las Vegas, Nevada. (Photo by Ethan Miller/Getty Images)

There hasn’t been much movement on a potential Waller deal since the conclusion of the draft, though Kay suggested it would be worth a high pick from the Packers to reopen it.

The Raiders are also incentivized to consider what they could not do in return for Waller, Kay said, considering the circumstances of his contract.

[Waller] has outperformed the four-year, $29.8 million contract he inked in 2019 and is now hoping for a new deal.

Vegas is understandably being cautious about giving out a big-money extension to a player who is going to turn 30 at the start of the 2022 campaign, missed six games last year and has already been absent from training camp with injuries.

Green Bay’s pass-catchers leave a lot to be desired, especially at the tight end position. The team failed to find an upgrade to Robert Tonyan this offseason, making it a spot to address before the campaign begins.

It would probably cost the Packers a second-rounder and an additional late- [or] mid-round pick to convince the Raiders to part with their star tight end.

The Packers re-signed Tonyan to just a one-year deal after he sustained a torn ACL last season, so there is a logic to moving toward a player like Waller now and pairing him with Rodgers as they both approach the end of their primes.

Waller missed significant time in 2021, but was a Pro Bowler the year before that. He put up 1,196 yards on 107 catches and added nine touchdowns two seasons ago, per Pro Football Reference. It was the second consecutive 1,000-plus yard campaign of his professional career. 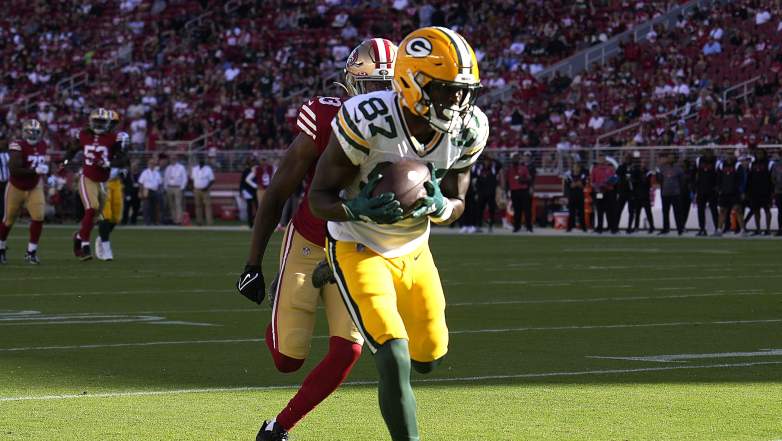 GettyWide receiver Romeo Doubs of the Green Bay Packers catches a touchdown pass against the San Francisco 49ers during the first quarter of an NFL preseason football game at Levi’s Stadium on August 12, 2022 in Santa Clara, California. (Photo by Thearon W Henderson/Getty Images)

Waller would be a meaningful addition to the Packers’ roster in several ways, not the least of which is as a safety valve against missteps from a young group of wide receivers.

Rodgers recently lamented the continued mistakes by the team’s rookie pass catchers, which include drops, poor route running and even running the wrong routes altogether. His criticisms extended to training camp standout Romeo Doubs, as well as second-round pick Christian Watson who has been injured for much of the preseason.

The quarterback has also been open about the likelihood, and perhaps the necessity, of using both running backs Aaron Jones and AJ Dillon simultaneously. Rodgers’ comments don’t indicate just a concentrated rushing attack from the Packers’ offense, but also the intention to line both backs up as frequent targets in the passing game.

“We’re going to have to use [Jones] other [Dillon]. You’ve seen today, we had them in multiple packages where they’re both in the backfield. We have a lot of stuff out of that,” Rodgers told media members on August 16. “We’ve got to get our best 11 on the field, and it seems like those two are in our best 11.”

“I think 50 [receptions] is really realistic,” Rodgers continued. “I think 50 for both of those guys is realistic.”