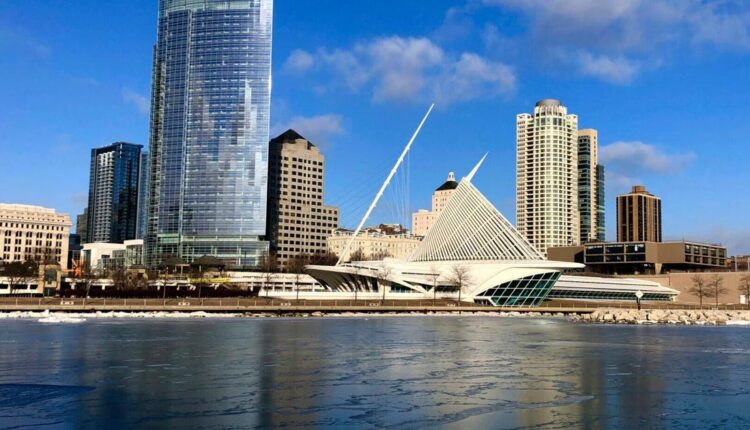 The Pabst Mansion, 2000 W. Wisconsin Ave. This stunning Gilded Age home, constructed from 1890-1892 for Captain Frederick and Maria Pabst and their family, was closed last year. A chance to see the sumptuous interior, which includes many original furnishings, was reason enough for a return visit. After the Pabsts’ deaths, the home was sold in 1908 and, for nearly 70 years, served as the archbishop’s residence and the center of the Roman Catholic Archdiocese of Milwaukee. It faced demolition in the wrecking ball-happy 1970s. But it was spared the fate of becoming rubble and was instead added to the National Register of Historic Places in 1975. The Fox joined that list a year later. You can take a guided or self-guided tour, a “Blue Ribbon Happy Hour” tour or a Sunday mimosa tour. Even if you opt for the self-guided tour, the effervescent docents will answer any question you may have. One of them said I looked “so familiar.” Maybe we crossed paths last year? I’m telling y’all, Midwestern Nice is a thing. pabstmansion.com.

The Milwaukee Art Museum, 700 N Art Museum Drive. It’s as big as a whale (several pods of them, actually) and looks to be about to set sail. Perched on the lakeshore and boasting a nautical design, its exterior boasts the Burke Brise Soleil, 217-foot wings that fold and unfold twice a day. Its collection includes 31,000 works from antiquity to present day, including paintings, drawings, sculpture, decorative arts, textiles and more. “Americans in Spain: Painting and Travel, 1820–1920,” is on display through Oct. 3. mam.org.

The Grohmann Museum, 1000 N Broadway. The opportunity to “experience the art of work” may seem like an odd way to vacation, but visiting this gem was the best $5 I spent here. Its fortress of a building was once home to Metropolitan Cadillac and the Federal Reserve Bank of Chicago. It was acquired by the Milwaukee School of Engineering in 2005 and reconfigured to house the collection of Dr. Eckhart Grohmann and his wife, Ischi Grohmann. Start with the rooftop sculpture garden and work your way down through more than 1,400 paintings, sculptures and works on paper from 1580 to the present day, augmented with some enthralling video presentations. (Have you ever seen a glassblower or highway surveyor at work? It’s mesmerizing). The collection depicts vocations through the ages from alchemy, farming, mining, barbering and constructing the Tower of Babel to the practice of law and medicine to that most noble of professions, delivering the newspaper. Bonus: did you know the Cyclorama (now housed at the Atlanta History Center) was constructed in Milwaukee? A piece by one of the artists who worked on it, Richard Lorenz, is on display here. msoe.edu/grohmann-museum.

Villa Terrace Decorative Arts Museum, 2220 N. Terrace Ave. Built in 1923, it was the home of Lloyd and Agnes Smith, who christened it Sopra Mare (“above the sea”). Lloyd was president of the AO Smith Company, which made the frames for Henry Ford’s automobiles. That apparently was a lucrative gig. The Smiths lived here with their children and in one room there’s a charming reel of home movies that show them roller-skating along the tiled floors. Agnes donated the home to be used as a museum in 1966, after Lloyd’s death. villaterrace.org.

The Ambulance Chased One Patient Into Collections