Madison arts nonprofits look back — and to the future – Isthmus 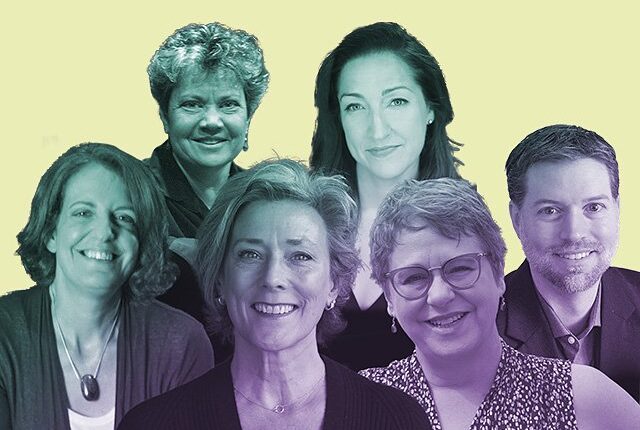 In January 2020 Isthmus Madison interviewed artists about the state of the arts in southern Wisconsin, asking about recent accomplishments and the challenges that arts leaders saw ahead. Then the pandemic closed the doors of every theater, gallery and performance hall.

Three years later, Madison’s performing arts organizations are generally following national trends, welcoming audiences back into public spaces, and ecstatic to be collaborating in person rather than over Zoom.

But they are also struggling, as audiences come back to live performances in smaller, more unpredictable numbers, as returning patrons are less likely to buy subscriptions, instead waiting until the last minute to purchase tickets. Overall attendance is lower than pre-pandemic levels, and costs are higher due to inflation and canceled performances due to illness. The threat of COVID looms large, particularly over big casts — even with all the at-home tests, masks and hand sanitizer that are now a cost of doing business.

Still, artists persevere. As Isthmus checked in with some of the leading arts organizations in the area as we enter 2023, it turns out they are sallying forth with new perspectives, an appreciation for victories large and small, and (mostly) with their sense of humor and optimism intact .

Last summer you had a lot of challenges keeping your large repertory company healthy, so they could perform. What was it like?

DeVita: It was absolutely exhausting.

Young: We always had understudies in the past, but we didn’t use them extensively. We got through each season on a wing and a prayer, assuming we would put in a replacement if an actor had an unavoidable conflict — maybe someone’s sister was getting married — or if someone got injured. This summer it was all the time.

DeVita: And if understudies are complicated for a company doing one show, it’s nine times more complicated for us, doing nine shows in a rotating repertory. At one point this summer our understudies had a 30 percent chance of getting a phone call in the morning about going on either that night or the next day. And the only reason we were able to perform as well as we did is because of the caliber of people we had, who were willing to pitch in at a moment’s notice. That’s not just the actors, it’s the front of house staff, the stage managers, the costume shop, the box office. It’s a domino effect. If one actor got sick, it directly affected 12 other people. It required a kind of flexibility and nerve that I’ve never seen.

Young: We budget a certain number of performances that will be canceled every year due to weather or illness, but we far exceeded that. We had to cancel 13 shows, which is a nightmare for the box office, having to rebook all those tickets. And then we found out that one of the shows we canceled was due to a bad batch of COVID tests that gave us a slew of false positives. So yeah, it was a lot.

What did you learn this year that you’ll use going forward, assuming that COVID will be a factor from now on?

DeVita: I think understudies are the largest concern for everyone in American theater right now because of what we’ve dealt with, with COVID. But the only way for us to have more understudies is to increase the size of the company drastically. So we have to figure out how to employ more people to do this work and somehow make sure that the majority of each play is so strong that it can go on with substitute cast members and still maintain a level of excellence that we, and our audiences , have come to expect.

What’s the one thing you wish you had known in March 2020 that would have helped you and your company weather the pandemic?

I mostly wish I’d had some sense of just how long this pandemic would last. In the thick of things we were all scrambling to just keep our company going, to keep our artists employed, to stay connected with our audiences and our community, to learn all kinds of new skill sets (filmmaking! public health!). I’m glad we did all the things we did, but we weren’t pacing ourselves for just how long this was going to be a part of our lives. We didn’t build in enough time for rest, we didn’t build in enough time for those of us on staff to deal with all the ways we were individually being impacted by the pandemic. Because we kept thinking it would be a finite problem to deal with and that we could handle the excess work and stress in the short term (which turned out to be much more long term than any of us anticipated). Performing arts groups were first to close and last to reopen. And the reopening has been a much longer and slower climb than we could have imagined. The upheaval for our industry has been stunning.

What’s your next big dream?

Several years before the pandemic I started fantasizing about creating a “Wisconsin Directors’ Lab” that would provide workshops, career support, and relationship-building for early- and mid-career stage directors in Wisconsin. There are very few opportunities in this region for learning the trade, and those that exist are often unpaid or severely underpaid, and therefore not very accessible. As someone who benefited tremendously from the now-defunct Lincoln Center Directors’ Lab early in my own career, I’d love to pay it forward.

What was it like working with former UW Marching Band director Mike Leckrone in his “victory lap” performance with Four Seasons in October?

Mike Leckrone and I have worked together since I joined the production team of the UW-Madison Varsity Band Spring Concert in 2001 and, for most of those years, I’ve been the production manager and stage director. For this project I brought in Brian Cowing and Sam Taylor to help craft the cabaret-style Moments of Happiness show. It was a new format for Mike — he’s been at the helm of hundreds of concerts and halftime shows but in those instances he was conducting and not fully in the spotlight. For a cabaret, the performer really has to pace himself, since he’s the only voice, and the relationship with the audience is very different. It’s kind of like doing stand-up comedy. We were all really happy with how it all came together and so glad that so many folks joined us for the run.

If resources were unlimited, what’s the musical you would most like to bring to Madison audiences in 2023?

I’d love to produce Hadestown locally. We have the talent right here in Madison and I’m a huge fan of the folk- and jazz-infused score.

What was it like coming back from a pandemic and then performing to sold out audiences last summer with Natasha, Pierre, and the Great Comet of 1812?

It was amazing! After two-and-a-half years of not being able to perform, to come back to a sold-out show felt so rewarding. We planned to do the show in 2021, but of course that got delayed. So, in 2022 we wanted to come back strong and it was so nice to do it with that beautifully written show. Since Great Comet never toured, it hadn’t really been performed since the Broadway production. In fact, some hard-core fans flew to Madison from all over the country (and Canada) to see the show — which just blew our minds.

If you could commission a new musical in 2023 that would speak to one of your organizational goals/dreams/values, what would it be about?

I think a great commission would have a local connection — maybe something about the Civil Rights movement in Madison or the Sterling Hall bombing in the 1960s. A great musical could also revolve around George Mosse, who was a history professor at UW-Madison. He was a German immigrant who lectured about the dangers of fascism and the need for equality, especially for the LGBTQ community.

You’ve been performing and operating in the brand new Madison Youth Arts Center for over a year now. How has the facility had an impact on your organization?

Sheridan: Having all of our operations under one roof has been tremendous. It’s made our whole process more efficient, more streamlined. We have a clean, dry, accessible environment, specifically built out to meet our needs. Things that used to take a lot of time and coordination are so easy now, like sending an actor down the hall to the costume shop for a fitting after rehearsal.

CTM is finally able to perform Peter Pan in 2023, the production that was days away from opening when the pandemic closed Overture’s doors in 2020. What are you most looking forward to in sharing this production with an audience?

Ebert: That was such a core memory moment for all of us, when the world stopped. I remember being in the Capitol Theater for the one and only performance of Peter Pan in 2020 — it was the final dress rehearsal with about 250 family and friends of the cast. Now we’re finally able to come back with this amazing production. Roseann is directing once again, we’re using the same creative team, and some of the lead actors are back — Marcus Truschinski is playing Captain Hook and Brian Cowing is playing Smee. But this time around every role is understudied. We have made a commitment — we will have everything in place so we don’t have to shut down.

Next month, hear from Madison’s dance and music companies about how they weathered the pandemic and are moving forward.