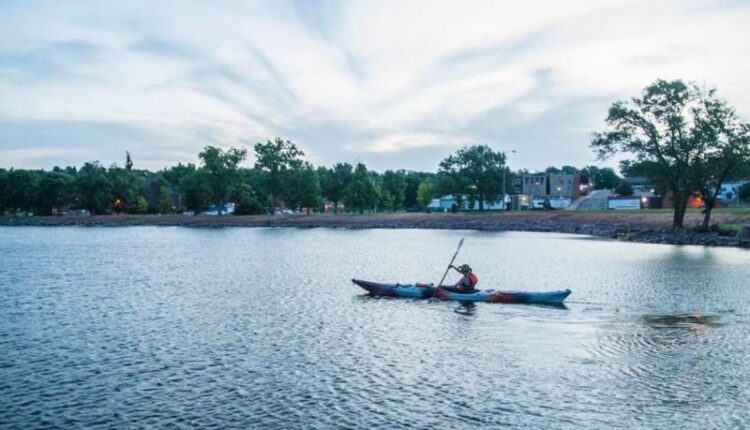 Madison Eklund has completed the US leg of her trip. After 67 days and 1,400km, she paddled into Manitoba yesterday. From here, she will kayak almost the full length of the Canadian province from south to north before finally finishing in Hudson Bay.

Her 2,400km journey started in Minneapolis. During her first 44 days, she paddled the Minnesota River, then moved into Big Stone Lake, Lake Traverse, and Mud Lake. Finally, she picked up the Red River and took it across the Canadian border.

Eklund lists a few of her significant milestones: the first 100 miles, moving from one state to another. But the biggest came on day 45. As she finished crossing Big Stone Lake, she completed the upstream section of her trip. Then her husband came to visit her for a few days, to celebrate their first anniversary.

She has passed through cities, Midwestern prairies, swamps, and farmland. Each new place brought its own challenges and highlights. 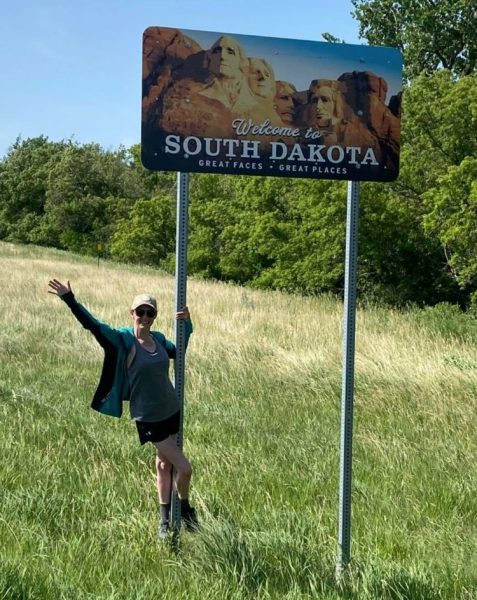 In the wetlands, the biggest challenge was (not surprisingly) the blackflies. “After several days…I’m covered in welts and itchy,” she wrote. “I’m being eaten alive.” Finally, with great reluctance, she started wearing a head net.

The weather also presents challenges. Early on, flooding forced her to spend two weeks off the river. She has also been on tornado watch seven times, battled choppy water and high winds, and dealt with the same intense heat that much of the world has experienced this summer. One day, she paddled hard for 30 minutes into the wind, only to discover that she was still beside the same tree. She hadn’t moved. 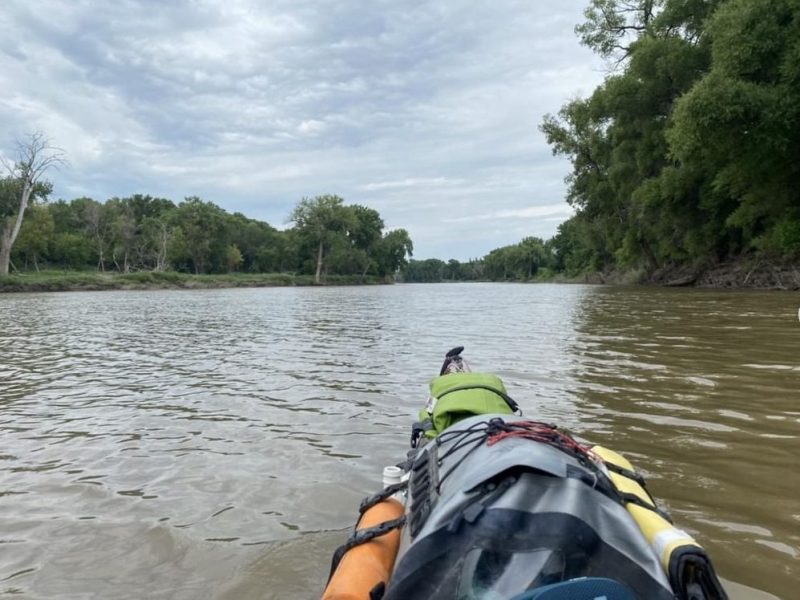 Eklund has either camped or overnighted with hosts. A few times, she has paused for a few days to clean clothes or resupply.

Eklund admits that she is not a particularly experienced whitewater paddler, so to avoid unnecessary risk, she portages more frequently. However, kayaks are less easy to portage than canoes, so it is often a struggle. Sometimes even just getting the kayak on and off the water is a workout.

“Dragging the boat [can be] hard, because mud suctions it down, making it feel like…double or triple its actual weight,” she says. 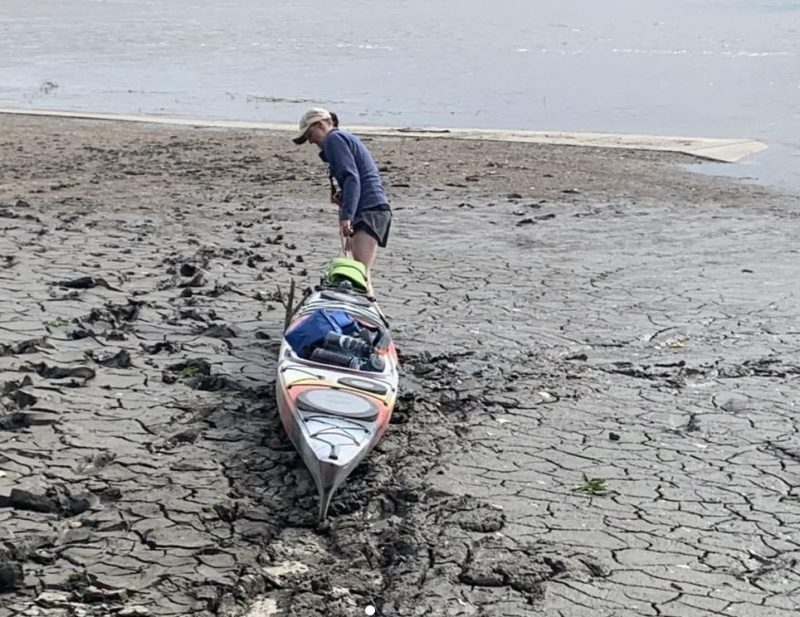 Mud suctions down the kayak, making it feel like double or triple the weight. Photo: @expedition_alpine

One of the highlights has been those “river angels” whom she’s met along the way. During the floods early in the expedition, a family she met took her in for those two weeks. 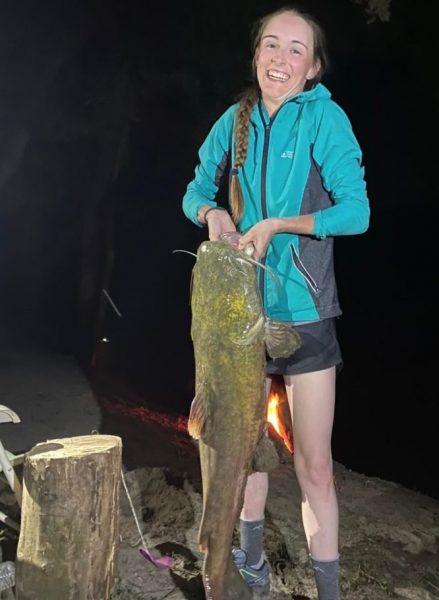 Eklund is not trying to be the first to do something or break a speed record. A keen hiker, climber, and kayaker, she knew she wanted to do a long kayak expedition. She heard about two women who had kayaked from Minneapolis to Hudson Bay in 2011. The pair were following the route first done by two men in 1930.

A few books and maps later, Eklund knew that she had found her trip. When she completes it, she will be the first soloist to do so.