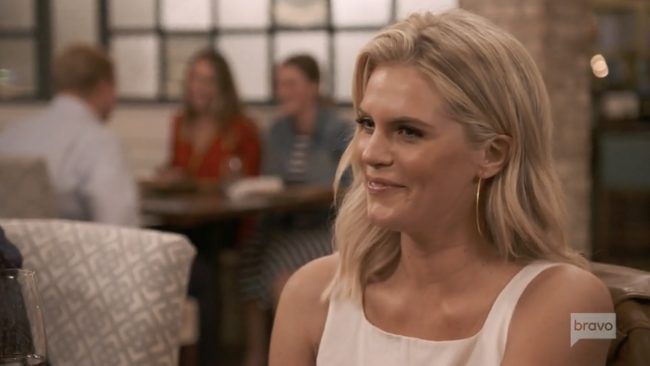 While she’s messy as hell, I love Madison LeCroy’s unapologetic villain-ness on Southern Charm. She can get under Austen Kroll’s skin better than anyone and can throw shade as good as any Real Housewives star. Since she finally saw the light of day and got away from Austen, she’s living her best life. However, those two will torture one another until the end of time, which is exactly why their relationship was so toxic.

In a recent interview with Us Weekly, madison threw a little shade at Austen and his atrocious behavior during the most recent season of summer house He was in a love triangle with Lindsay Hubbard other Ciara Miller that gates through the Hamptons’ house. Like, Ciara was throwing wine glasses about AUSTEN KROLL of all people. Madison was tuning in like the rest of us and relished in the most public “I told you so” ever.

“I loved every bit of it,” madison said. She believed the series showed us the real Austen, which is soooooo telling. “I’m just so thankful that everyone was able to see it,” Madison continued, adding that the bulk of it was edited out of Southern Charm (According to her, let’s be clear). Andy Cohen, feel free to fact check this.

madison has moved on from Austen and found her Budweiser, Brett Randle, but we’ll probably never see him. At least, that’s the story she’s sticking with for now. Madison wanted someone to do life with — the house, the wedding, the kids. Austen’s displays on summer house proved to her why he wasn’t Mr Right. “He’s not husband material, but he made that very clear,” she added. To rub salt in the wound, she added that she loves how supportive Brett is in contrast. “He’s not a diva, that’s for sure,” Madison said. Diva is a pretty good way to describe one particular Charleston troublemaker with a beer company…

Austen is like a miniature Shep Roseand even Craig Conover is starting to see it. madison and Craig, once sworn enemies, have bonded over how much he sucks. He has a new blonde fitness model on his arm this season of Southern Charm named Olivia Flowers, and she’s not Madison’s favorite person. Madison was asked about her ex’s new boo and she threw some shade. “They’re both tall,” she said. See, this is expert shadiness, people. Madison is giving it to us, whether we like it or not.