Man sentenced for injuring officer with brick during 2020 Kenosha unrest 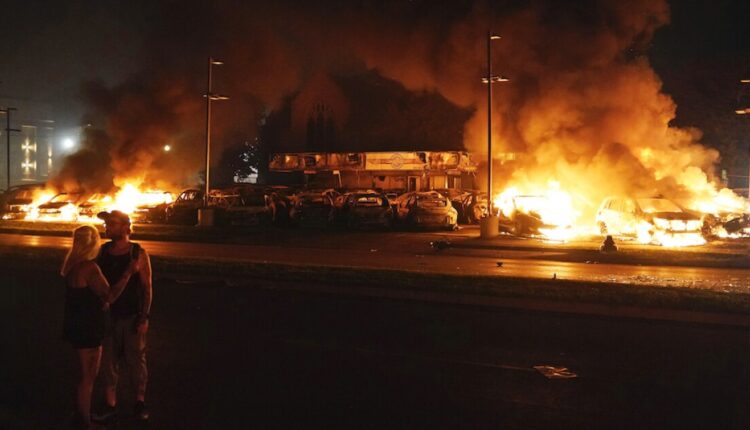 KENOSHA, Wis. — A 29-year-old Kenosha man was sentenced to federal prison on Thursday for injuring a police officer during the unrest of August 2020.

Ashton Howard was sentenced to 60 months in federal prison. He will spend three years on supervised release following his prison term and is required to pay over $29,000 in restitution.

According to the US Department of Justice (DOJ), following the shooting of Jacob Blake on Aug. 23, 2020, Howard was part of a crowd that gathered near the shooting location. According to a written plea agreement, some people in the crowd became violent and a police car was damaged. As a Kenosha officer attempted to get and move the damaged car, Howard threw a brick at one of the officers. The officer was hit in the head and knocked unconscious, the DOJ says.

After the brick struck the officer, the DOJ says Howard was shown in a video yelling, “I dropped his (explicit).” The officer was transported to the hospital.

Howard’s phone also contained videos showing the officer being hit with the brick and several images of the officer on the ground with emojis indicating “quiet” and “mouth shut.” The DOJ says following the assault, Howard “bragged to multiple individuals that he was the person who hit the officer.”

Howard entered a guilty plea last year for obstructing a law enforcement officer while the officer was engaged in his official duties during a civil disorder.