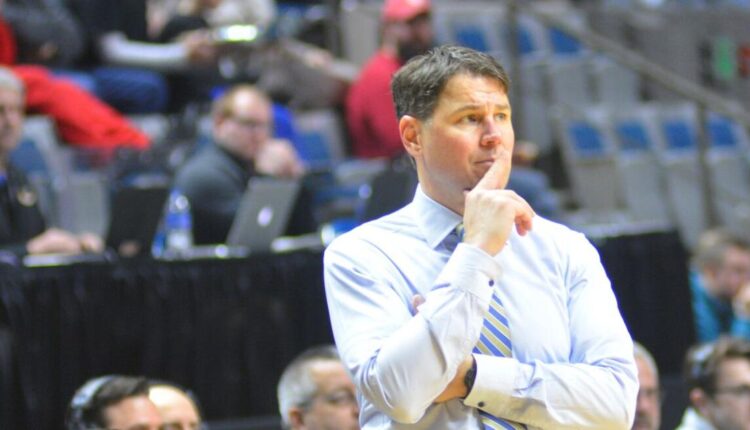 Purdue Fort Wayne coach Jon Coffman was blunt after his team lost to Milwaukee 74-70 at Memorial Coliseum on Saturday afternoon.

“That one hurts,” Coffman said. “We just got outattacked today.”

The Mastodons fell for just the second time in nine games despite 22 points on 6-for-10 3-point shooting from Jarred Godfrey, 16 points and seven assists from point guard Damian Chong Qui and nine points and 10 rebounds for forward Ra Kpedi.

PFW (11-6, 3-3 Horizon League) lost to Milwaukee (11-5, 5-1) for the first time after winning the first five matchups between the teams and fell two games back of the Panthers in league play as Milwaukee took over first place in the conference standings.

The Mastodons shot just 38.7% from the field and in the first half turned the ball over 10 times while Milwaukee built a lead it would not relinquish.

“At the end of the day we just gotta be better,” said Godfrey, who pulled within 188 points of John Konchar’s program career scoring record but committed five of PFW’s 12 turnovers. “We didn’t execute all the details we practiced and worked on.

“We got ourselves in a hole early, so we have to do a better job of coming out of the gates and taking care of the basketball, especially me, I had way too many turnovers tonight. Just look in the mirror and get better.”

The Panthers went in front for good with an 11-0 first-half run in which they held the Mastodons without a point for 4:33 and went in front 15-6.

PFW struggled to handle Milwaukee’s defensive pressure in the early going and stepped out of bounds on more than one occasion. The Mastodons started 2 for 9 from the field with six turnovers in that span. Three of those giveaways came from Godfrey.

“They’re just gonna make you uncomfortable, it’s like they’re chafing the entire game, like you’re wearing wet underwear,” Coffman said of the Panthers. “I thought we lost some balance on some physical plays that we have to be stronger.”

The Mastodons steadied themselves and closed to within 36-29 at halftime, but each time they made a run in the second half, Milwaukee answered. PFW got as close as four at 50-46 after back-to-back 3s from Godfrey and Anthony Robertson, but the visitors responded with a 7-0 spurt and eventually extended their advantage to 64-51.

PFW drew within six twice in the final five minutes, but Milwaukee’s BJ Freeman nailed a corner 3 to put the Panthers up 70-61 with 2:01 left, slashing his thumb across his throat after the ball went through the net. A technical foul on Milwaukee’s Markeith Browning II after a Panthers layup gave PFW some life, but Deonte Billups missed an open corner 3-pointer with 30 seconds left that could have cut the deficit to four.

Lions will wear the all-white uniforms in Green Bay