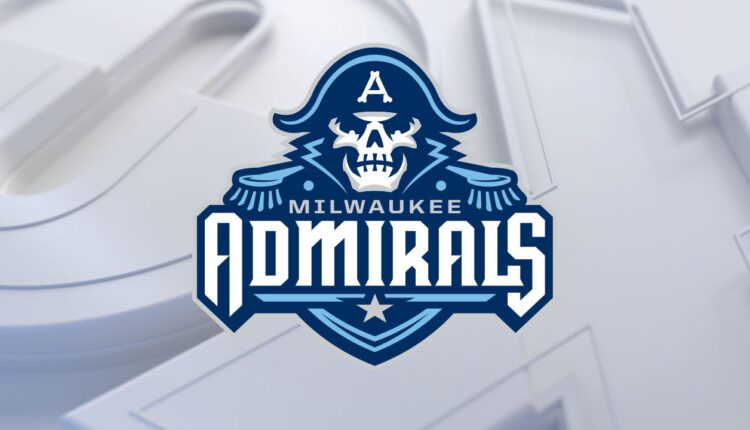 The seven goals for Milwaukee was a season high. It was the first meeting between the teams and the first time Milwaukee ever visited Tucson.

Evangelista completed the hat trick when he slammed in a 5-on-3 power-play goal from the front of the net at 15:40 of the third period.

Milwaukee scored three goals in the first 3:06 of the first period. The first came at 1:36 when Kiefer Sherwood’s shot from the left circle trickled past goalie Ivan Prosvetov toward the goal line. Evangelista swooped in to tap it across the goal line for his sixth goal of the year.

Milwaukee made it 2-0 at 1:59 when Zach Sanford slammed a Phil Tomasino pass into the net for his second goal of the season. Tomasino slides a pass on his backhand from the left corner to a wide-open Sanford at the front of the net.

Evangelista added his second of the game with a power play goal at 3:06 of the first frame. He was left alone in the right circle and skated toward the net where he slid the puck through the legs of Prosvetov.

Tucson scored at 12:48 when Adam Cracknell buried a shot from the slot. The Roadrunners added a power play goal at 15:30 when Michael Carcone’s shot from the right circle found the back of the net.

Milwaukee’s Jordan Gross scored the Ads fourth goal at 16:21 of the first stanza but needed a video review to confirm. Gross’ shot from the right circle went underneath the crossbar and in for his fourth goal of the season.

Tucson closed to within a goal at 7:32 of the second period when Milos Kelemen scored a shorthanded marker to make the score 4-3.

The Ads reclaimed the two-goal advantage at 8:48 of the second. Jachym Kondelik won a face-off in the right circle to Keaton Thompson. Thompson skated from the right point and shot the puck from the right face-off dot inside the left post for his third goal of the season.

Carcone scored his second goal of the game at 9:53 when he ripped a shot from the left circle past the glove of Ads goalie Devin Cooley to make the score 5-4.

Again, the Ads responded to gain the two-goal advantage once again. Phil Tomasino deflected a Marc Del Gaizo shot into the goal for his 10th marker of the season at 11:46.

The second period was called early with 17.3 seconds remaining due to a large amount of blood that needed to be cleaned after a fight between Milwaukee’s Tim Schaller and Tucson’s Travis Barron. The teams concluded the second frame before taking a short break and starting the third period.

Roadrunners forward Curtis Douglas deflected a shot into the goal at 5:27 of the third frame to pull Tucson within one at 6-5.