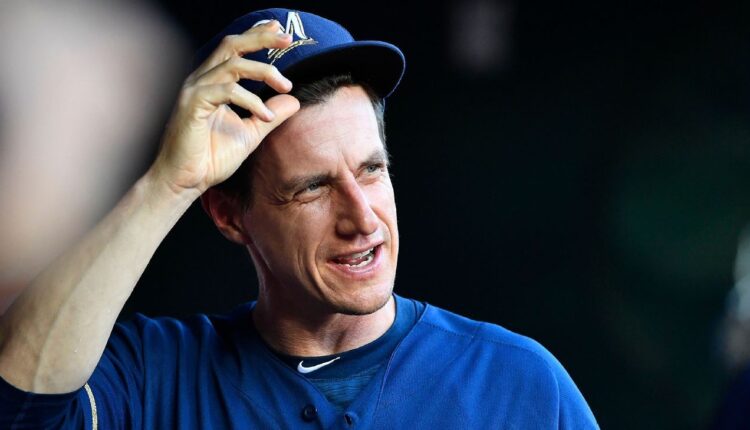 NEW YORK — Craig Counsell broke the Milwaukee Brewers’ franchise record for wins by a manager, picking up his 564th career victory Wednesday night in a 10-2 rout of the New York Mets.

Counsell, the longest-tenured manager in the National League, passed Phil Garner, who managed 1,180 games for the team from 1992-1999.

Counsell was showered with beer by his players and conducted his postgame interview with his hair still soaked. He also got a gift from Brewers owner Mark Attanasio along with video messages from retired Duke coach Mike Krzyzewski, Milwaukee Bucks coach Mike Budenholzer and Golden State Warriors coach Steve Kerr.

“It’s humbling, for sure,” Counsell said. “What I told the players, I feel a lot of gratitude for everything that they’ve contributed to. They do the heavy lifting and it’s been fun to watch a great era of Brewer baseball.”

Counsell is 564-508 since taking over for Ron Roenicke on May 4, 2015, and the Wisconsin native is the third-longest tenured manager in the majors behind Cleveland’s Terry Francona and Tampa Bay’s Kevin Cash.

Brewers starter Corbin Burnes (4-4) gave up two runs in six innings. He struck out eight and walked none.

He entered with a 6.75 ERA over his previous two outings and had allowed eight runs in eight innings in losses to San Diego and Philadelphia. But the reigning NL Cy Young Award winner was in control throughout. He yielded five hits, including Jeff McNeil’s homer in the fourth and RBI single in the sixth.

“I was able to fill up the zone a little more,” Burnes said. “We still had a couple of deep counts. Early they were trying to slap balls around, put balls in play and try to single me to death, but we were able to kind of bear down and get some of those swings and misses.”