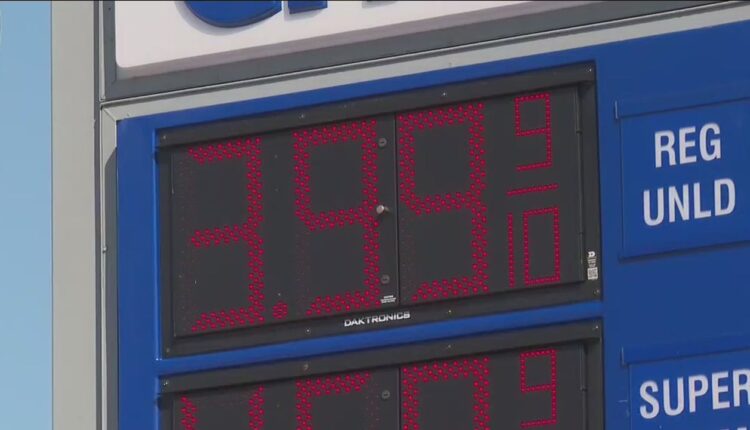 The national average for gas is about $4.52, but FOX6 found a few gas stations under $4 in the Milwaukee area. AAA says gas prices are unpredictable.

MILWAUKEE – Some good news for drivers as gas prices dropped over the last week.

The national average for gas is about $4.52, but FOX6 found a few gas stations under $4 in the Milwaukee area. AAA says gas prices are unpredictable.

These numbers are hard to believe…

“My husband told me yesterday when he came back into town that gas was under $4 and I did not believe him,” said Mollie Ryan.

According to AAA, gas prices across the nation fell 15 cents last week. Some gas stations in Milwaukee are now under 4 dollars.

“I think it’s great I’ll be so much happier when it gets a little lower,” said Irving Sonsthagen.

Just a month ago, gas in Milwaukee was over 5 dollars per gallon.

And oil costs are down globally.

But it’s hard to say if the lower numbers are here to stay.

“It’s still a volatile market – we’ve seen the gas prices swing back and forth so they could rebound,” said AAA’s Molly Hart.

“We have to alternate cars every day depending on who works where,” said Ryan.

This, despite July being the busiest summer driving season.

“People are not going to the gas station as often, and they’re also not necessarily filling up their tank,” said Hart.

And that’s where the demand has fallen back.

So as drivers fill up their tanks Monday, they’re hoping these numbers only trend downwards.

AAA says the prices are unpredictable, but the good news is they believe gas will stay around this range for the next couple of weeks.

A pair of special teams standouts