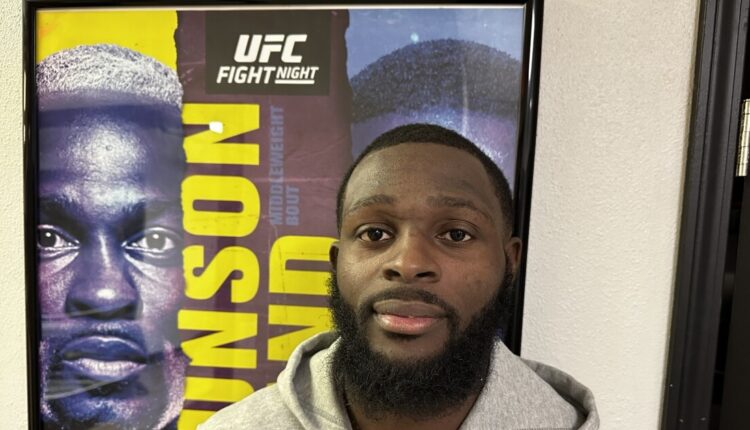 On Nov. 12 at Madison Square Garden in New York, UFC fighter Montel ‘Quik’ Jackson defeated his opponent. It was the third and final round when Jackson circled to his right and landed a right-hand jab that knocked his competitor down. UFC 281 was one of the most-watched MMA events of the year. Winning on a stage that big, in an arena nicknamed the Mecca of combat sports — it was a moment that Jackson says he will cherish forever.

“The world isn’t as big as you think it is,” says Jackson. “It’s surreal now that it’s happened. Like I’ve been there, I’ve done it — it’s surreal, it feels like that little, small piece like, I’ve been etched in history. A person to compete at Madison Square Garden and win, and being from Milwaukee, you ain’t gonna see too many people [do that].”

Jackson trains at Pura Vida BJJ & MMA in Milwaukee where the walls of the gym are decorated with fight event posters and championship belts. It’s a place where some people go to become professional fighters. But for others, Pura Vida is where they exercise, learn and experience something new. Jackson says sports saved his life and opened doors for him. He says many people in his neighborhood on Milwaukee’s northwest side are stuck.

Instructor and former UFC fighter Zak Ottow stands against a wall before teaching a class at Pura Vida BJJ & MMA.

Jackson says he’s also experienced tragic losses due to crime and reckless driving. In July, Jackson says his friend, Christopher Irving, was shot and killed while trying to break up a fight.

“Sometimes I feel guilty and I have survivor’s remorse because when I look around from all my childhood friends, there’s not many of us left,” he says.

Jackson says growing up was tough. He remembers not having food at home, doing his homework in the dark and washing clothes by hand.

“It made me humble, and it made me value people and value relationships because material things don’t mean nothing where I come from. It’s good to have but ultimately that isn’t everything,” Jackson says. “All we had as each other like your friends, your family and yourself. It keeps you honest.”

Jackson joined the wrestling team at Riverside University High School. He was first introduced to MMA after helping his friend prepare for a fight. Jackson won 8 of his 9 amateur fights before going pro in 2017. Today, Jackson gives back to his community, like when he partnered with Black Market MKE, a local retail shop, and gave away 1,000 shoes and backpacks for kids. He encourages others to do the same.

“Man, just try to give back to the inner city youth,” he says. “A lot of these kids are lost and they need some type of guidance or a lot of these nonprofit programs, they need some type of funding or some type of help. If you can, just a look up a local one and try to give Something back because most of those kids they don’t have anything or anybody really outside of the people in their neighborhood, and that might not be the greatest influence on them.”

Jackson’s influences were his coaches and the people he met at the City Kids Wrestling Club. He says they would tell the kids to be the person they needed growing up.

It will be Jackson’s fifth year in the UFC. He’s already preparing for his next fight and says he wants to compete as soon as possible.

“Because the fight is only gonna get bigger, it’ll get tougher, the lights will get all that much more brighter,” Jackson says. “So we’ll just bring it back reset everything, reorient myself and the goals and just start the process over, or continue the process.”

Jackson hopes to move up in the UFC rankings and become a champion by staying active, taking one fight at a time and learning from the best MMA instructors around the country and in Milwaukee.

Stability or disruption for Wisconsin schools?