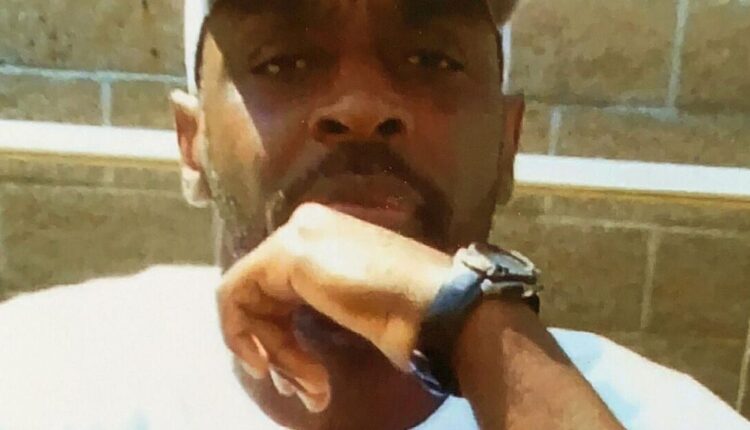 Lawrence McCarroll was 21 years old when he was indicted on federal drug conspiracy charges. He was the “King of Ida B. Wells,” the public housing development in Chicago where he lived and ran heroin sales.

“In the projects you can find all of the vices,” McCarroll said. “I chose to make my money from that pain and desperation.”

He would spend the next 27 years in prison, and the young man who went in is today 49 years old. His mother Judy, also charged for her involvement, was in prison for 20 years, getting out in 2015 at 62 years old and with a breast cancer diagnosis. She would spend the better part of a decade advocating for her son’s release.

Last year, on July 28, McCarroll walked out of prison to the happy screams and hugs of his mother and family, marking the start of a new chapter in his life.

Now, living in Kenosha with his girlfriend, McCarroll said he has a new goal in life: to try and help others, especially young Black men like his younger self, avoid ending in prison as he did nearly three decades ago. He hopes his unique, real-world perspective will reach young people in a way that other people cannot.

“I would like the second half of my life to use that experience, mostly bad, some good but still real life experience to help others not make the same choices that will lead them down the same path that I went down,” McCarroll said.

Jo Wynn, founder and CEO of Walkin’ in My Shoes, a local nonprofit aiding the homeless, helped Judy McCarroll when she was released from prison. Now, Wynn said she’s been working with McCarroll to get his new organization off the ground, going through the technical and bureaucratic hurdles required for nonprofits. She said he could go “a long way” with his new mission.

“He has personal experience, he knows what he’s talking about,” Wynn said. “And he hath the desire to help reduce crime within our young people.”

Talking about his youth, McCarroll described in an environment of desperation and constant struggles. By the time he was a teenager, McCarroll was already taking part in illicit activity, and was even shot at 16.

In prison, McCarroll spent the first decade wracked with guilt over getting his mother sentenced to prison. He would often get into “mischief,” ending up in solitary confinement for stealing, fighting and selling drugs.

“I hadn’t let go of the old me yet,” McCarroll said. “It wasn’t until 12 or 13 years, I got to talking to myself in complete darkness.”

Over the next few years, McCarroll began listening to speakers who visited the prison, reading religious texts and working to stay out of trouble. He would sometimes meet younger men in prison who knew him by his old reputation, and try to mentor them as someone who had “walked in their shoes” once.

“These young men that come to me, their spirits are sick, but they’re good young black men coming from broken homes,” McCarroll said. “They’ve never been told that someone loves them, all they’ve been told all their life is they’re nothing, they’re not going to be nothing.”

McCarroll’s new organization, Developing Lives Unleashing Potential, will give him a platform to speak with at-risk youth, both out in the community and hopefully one day in the prisons again. For him, what was often missing when people came to speak at the prisons was a personal connection.

“I want to be at the grass roots, talking to them,” McCarroll said. “I really want to know on an individual level, what’s wrong with you?”

Maybe it’ll be an absent parent, or sexual abuse or any number of issues, he said. Regardless, it was important to find out the source of people’s struggles.

“You just don’t know these things unless you talk to them,” McCarroll said.

For now, Lawrence is working to build his new organization while also working a job and dealing with the hassles of trying to reintegrate into society after serving time in prison. Something as basic as getting a driver’s license requires thousands of dollars.

Family and friends that have supported McCarroll since his release felt that DLUP could bring about real good in the community.

“He wants to make sure the children know there’s a better way to do things,” Judy McCarroll said. “So he can keep them on the right track.”

Wynn said McCarroll would help stop youths from ending up behind bars.

“Some of these kids are 18-years-old, didn’t finish high school, they all have desires, but they fell like they messed up their life,” Wynn said. “He can bring great value to these people before they make these mistakes.”

More information on Lawrence and the outreach program can be found at dlup.org.