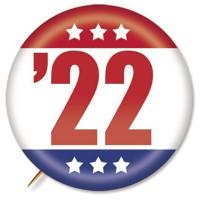 Five candidates are running for Kenosha County Sheriff to follow David Beth, who held the office for two decades.

The primary on Tuesday, Aug. 9, will narrow the crowded GOP field to just one candidate. Running for the Republican Party are Tyler Cochran, Ray Rowe, David Zoerner and Albert Gonzales. Rowe and Gonzales are both of Kenosha, and Zoerner and Cochran are of Pleasant Prairie.

The winner will face James Simmons, of Kenosha, during the general election in November. Simmons appears on the primary ballot as the lone Democrat.

Responses to questions from the Kenosha News have been edited for length.

What are the main issues in this election?

COCHRAN: The path we will take to better law enforcement in Kenosha County will ultimately lead to an improved quality of life for all citizens. Too often, the most recognizable candidate wins instead of the most qualified. Kenosha County has grown considerably, and we need law enforcement agencies with leaders who can adapt to our fast paced, growing community and advancements in technology.

GONZALES: The most important issues in this race are the role of the sheriff in Kenosha County and how that individual deals with the various problems in the county.

The role of the sheriff is to enforce the various laws and ordinances of the county, take care of civil processes and run the jail. I have found the citizens of this county want this done in a no-nonsense way. They are not interested in catering to one community over another, enforcement based on “how it might look” or a sheriff that will enforce illegal mandates or other orders that would violate the citizens’ constitutional rights. ie: federal red flag laws. They want a sheriff that will be tough, honest, fair and answer to them

ROWE: One issue is staff recruitment and retention, especially our corrections division. Many of our corrections employees are leaving for other careers because they’re working too many hours a week and getting burned out. We need to get creative to retain our staff while maintaining our hiring standards so that we get the best possible candidates for personnel.

Most of us can say that we didn’t see the Covid-19 pandemic or the 2020 riots coming. I want to work collaboratively with other community leaders and first responders on training and preparing for unpredictable events. to help keep our county safe.

It seems that the number of mental health cases has increased over the years. It would be beneficial to have mental health professionals offer annual trainings to our deputies and corrections so they can effectively identify and service mental health calls. Providing the services and treatments for those dealing with mental health or drug dependency issues is incredibly important.

SIMMONS: The biggest issue is there are candidates who are not the best qualified for the position. Candidates are running on their popularity versus their experiences. Voters must do their diligence in electing a candidate who will move Kenosha County in the right direction and not business as usual. Race, color or creed shouldn’t matter in this election, only the best qualified candidate should win.

ZORNER: Keeping families safe. Crime is at an all time high nationally and in Kenosha County. Our highways need dedicated enforcement to slow dangerous traffic trends, and I intend to increase our Traffic and Drug Interdiction Enforcement with K-9 units. The escalating crime rates must be met head on with a proactive police presence and aggressive pursuit of criminals. The law enforcement in Kenosha County needs well-trained, supported staff to be able to combat these issues. We are in the midst of the deadliest drug epidemic Kenosha has seen to date, and stopping this activity must be a paramount priority. The riotous behavior and destruction of recent years as well as the establishment of our county as a drug trafficking corridor has caused a spike in crimes like home invasion. High speed chases and gun violence plague the entire county. These criminals must be made aware that Kenosha County is not soft on crime.

Why are you running for office?

COCHRAN: I have seen, firsthand, countless dedicated local law enforcement personnel leave the profession due to poor leadership. After the lack of response to the civil unrest in 2020, I decided that I could either be part of the problem and complain or become part of the solution and make a positive difference. With my current position as Kenosha’s Officer Friendly, I have the community connections needed to repair broken relationships between law enforcement and the community. I also have experience managing a large budget, and currently directly supervise the largest number of employees at the Kenosha Police Department.

GONZALES: (I want) to be a servant leader to those who serve in all capacities of the sheriff’s department. The office of Sheriff is one granted to a person by the people to protect their God given rights under the constitution. I’ll be responsible for the lives of close to 300 people who work on the department and a budget of over $30 million, that means I’ll have to be a good steward of both. I have been studying the habits of leaders of different companies and spoken to sheriffs of other counties about how best to go about the task. I have even consulted with some “numbers” people both in this county and abroad to know how best to break down the budget and use the money allocated to the department.

ROWE: I am running for office because I care about my hometown. This is the community where I grew up, where I raised my children, and where I work. I want to continue moving our department and community forward. I want to work to make Kenosha County a safer place to live, work and visit.

SIMMONS: I’m running for Sheriff because the people of Kenosha County deserve a Sheriff who has vast knowledge in several divisions. I’ve been in Corrections, Court Security, Highway Patrol, Investigations (Adult and Juvenile), executed warrants and civil process tasks. I know the communication between law enforcement and the community is at an all-time low. The time is now to bridge the gap between law enforcement and the community with respectable dialogue. I will listen to the concerns of the community and the concerns of my law enforcement subordinates. We as a community will create the blueprint which will turn the county in a positive direction. I want to create scenario-based training which will cover every aspect of law enforcement including mental health. Hopefully this training will reduce lawsuits in the future. I have many more ideas which help move the Kenosha County Sheriff’s Department in the right direction.

ZOONER: Over my 23 years serving the Sheriff’s Department, I’ve gained a unique perspective on the issues that exist within the sheriff’s office. I have a close working relationship with the sheriff’s deputies and detectives and I know that many of them do not feel supported by current leadership. They deserve a leader who understands their departments and the issues that are causing such low morale and who respects them enough to do something about those issues. Additionally, no one is talking about the real issues in Kenosha County, like the fentanyl crisis, the fear of more riots with no helpful response from law enforcement, increased break-ins, child predators, etc. We continue to hear about pet projects or tired campaign slogans from the other candidates rather than the actual duties and responsibilities they would be adopting in this role. I’m not in it for power or recognition. I have dedicated my entire adult life serving our community and I want to see it thrive. When it is in its dire hour of need, I won’t turn my back on Kenosha County I want to see the families of the county feel safe again so they can prosper.

COCHRAN: I think it’s important for voters to do their research before voting for a candidate. I am the only candidate that is not retiring or at retirement age. I’m currently in the prime of my career and not looking for a paycheck or a title. I’m seeking this position to make positive change in the place I have called home my entire life.

GONZALES: I have run this campaign from the beginning as a political outsider. I ran as a boots on the ground street cop who has persevered throughout my career. A leader who has been in the trenches and not afraid to back up his fellow law enforcement officers no matter what agency they work for. A leader that brings 25 plus years of law enforcement service combined with 32 years of helping run a family business to the table. A leader that knows there are vast untapped personnel resources within the sheriff’s department. Resources that when tapped and combined with my own ideas will help improve not only the department but Kenosha County as well. Overall, I want to be a servant, constitutional upholding, on his knees in prayer, leader for Kenosha County.

ROWE: I look forward to serving the citizens of Kenosha County. My goal is to continue building trusting relationships between our community and law enforcement. I want to ensure our staff has the training and equipment necessary to serve their community well. My nearly 26 years at the Kenosha County Sheriff’s Department has given me the opportunity to work with so many children and families. Our deputies and corrections staff have an incredibly difficult job, I’m hoping that citizens continue to appreciate the job that law enforcement does. I want to be part of the effort to bring our community together again.

SIMMONS: Vote for an all round candidate with vast experience and innovative decision thinking.

ZOONER: I believe the depth and breadth of my experience sets me apart from my opponents. Not only am I the only candidate who has command and supervisory experience, but I have worked and supervised in every division of the Sheriff’s Department: Patrol, Civil Process and Detentions. In addition to the specialty teams, I serve Kenosha County on the Opioid Task Force, the Chapter 51 Committee on Mental Health, and I’ve been a board member of Women and Children’s Horizons for 20 years helping victims of domestic and sexual abuse. There are real dangers facing Kenosha County citizens right now and I seem to be the only candidate who is drawing on expertise to put a stop to them. I believe my dedication and constant involvement is a testament to that. In addition, over my career I have developed relationships throughout the region and have garnered the respect and endorsements from the Kenosha County Deputy Sheriff’s Association, The Republican Party of Kenosha County, Racine County Sheriff Chris Schmaling, as well as several Chiefs of Police from our area that I have actually worked beside. That trust will allow us all to collaborate and work together to improve law enforcement throughout the entire region, which will be a huge benefit to Kenosha County.

IN VIDEOS: Kenosha County sheriff candidates introduce themselves at forum