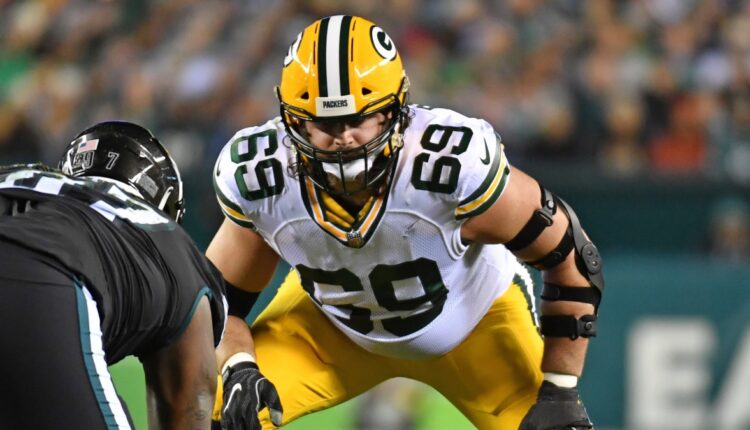 GREEN BAY, Wis. – Two weeks ago, Green Bay Packers left tackle David Bakhtiari had an appendectomy. He almost certainly won’t play on Monday night against the Los Angeles Rams, a small price for what could have been something much worse.

On the Thursday before the Packers played the Bears a couple of weeks ago, Bakhtiari felt what he believed to be an abdominal strain or contusion.

“I talked to my wife about it and I was like, ‘If I feel the same pain, I’ll bring it up to the doctors tomorrow,” Bakhtiari said on Friday.

Bakhtiari felt fine on Friday morning but mentioned it to the team physician, Dr. Pat McKenzie. McKenzie referred him to Dr. James Ebben, who works essentially across the street from Lambeau Field at Bellin Health Titletown Sports Medicine.

“Dr. Ebben came in, did a couple tests and he was like, ‘Let’s just rule out the worst-case scenario. Let’s give you a CT scan,’” Bakhtiari recalled. “I was like, ‘OK, Friday’s my big practice day, so as long as I can get it done before so I can practice.’ I go in there, I do the test, waiting for the doctor to clear it and she [Ebben’s assistant] said, ‘The doctor wants to talk to you.’ When that happens, you’re like, ‘OK, what the fuck happened?’”

That’s when Bakhtiari was told he had a case of appendicitis. And it was serious. Based on the scans, the doctors thought it was days from bursting. So, it was off to surgery.

“When I woke up, she’s like, ‘We had to do the big surgery because it was leaking,'” Bakhtiari said. “She thought I was a week from the CT but she’s like, ‘If it didn’t burst Saturday, you would’ve bursted it Sunday.'”

And that’s the scary part.

Had Bakhtiari not gotten checked, his appendix could have burst during the game on Sunday.

“The scary part for me that people don’t understand is when we have adrenaline going, so much stuff gets covered up,” he said. “I would probably bet I wouldn’t even know I would’ve bursted it until postgame. I would’ve thought I got hit in the guts and I would have been like, ‘Suck it up. Let’s finish out the game and then let’s figure it out.’”

A burst appendix can have dire consequences.

Bakhtiari wouldn’t put a timeline on his potential return. As he spoke, he had two holes in his belly—one by his belly button and one a few inches to the right.

“The only thing I know is they had to really open me,” he said.

The appendix is ​​another bump in the road for a player who was performing at a Hall of Fame level before he suffered a torn ACL late in 2020. That was a major and obvious injury. The appendix, the latest roadblock on his career, didn’t seem major at the time.

“I wasn’t sick, felt totally fine, was moving around,” Bakhtiari said. “Everything was good. It’s just when I tried to re-create the pain the night before I went to the doctor, it was like, ‘OK, anytime I flex my abs or anything,’ that’s not showing up and this is where your guts are. That’s the only part that was kind of freaking me out.”

Zach Tom has time on his side this time

SI Tickets has your seat to Packers-Rams