Passenger and freight rail projects in 32 states get millions from U.S. DOT 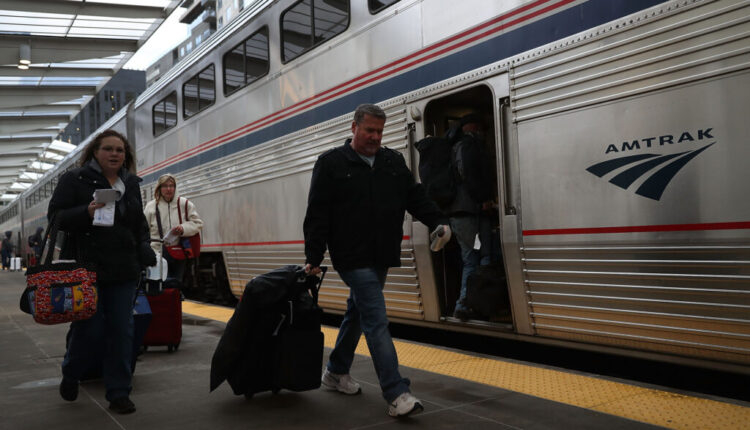 WASHINGTON —  The U.S. government is doling out millions of dollars to railroad projects throughout the country in hopes of improving supply chains and passenger rail service.

The announcement by the Biden administration of $368 million in Consolidated Rail Infrastructure and Safety Improvements will go to more than 46 projects designed to improve safety and broaden the nation’s rail infrastructure.

“Passenger rail represents an affordable way for millions of Americans to travel between cities for work, to visit families and more, while freight rail helps to get essential goods to our store shelves with lower costs and a lower carbon footprint than most other modes of transportation,” Transportation Secretary Pete Buttigieg said on a call with reporters Wednesday.

“And yet we’re seeing our rail industry today struggling,” he continued.

Railroads have become congested when cargo moves from shipyards to trains, leading to “higher costs and longer delays for Americans and for businesses,” Buttigieg said.

The grants will go to projects in 32 states, with nearly double the 25% minimum investment going to rural communities, according to Administrator of the Federal Railroad Administration Amit Bose.

The rural projects, Bose said, include $8.3 million for a Florida Panhandle rural capacity expansion, “which will allow the Florida Gulf and Atlantic Railroad to move critical goods in rural areas,” as well as $11 million to upgrade the Cimarron Valley Railroad in southwest Kansas that will “help agricultural and biodiesel producers move more goods more quickly.”

The Georgia Department of Transportation would get $6.2 million to upgrade “18 miles of rail in rural areas which is going to allow for heavier loads, more reliable service and safer working conditions,” Buttigieg said.

A total of $57.9 million, Buttigieg said, would go towards “supporting surveys and preliminary engineering to lay the groundwork for new intercity passenger rail from Raleigh to Richmond and providing better service for underserved and minority rural communities.”

The federal railroad grant program, sometimes shortened to CRISI, will expand next year to provide $1 billion in grants under the bipartisan infrastructure law that Congress approved last year.

“That’s going to allow us to fund even more projects like these, because I can tell you we saw more good applications in this round of the program than we were able to support,” Buttigieg said. “As we do that, we will be creating jobs, reducing delays and enhancing the movement of people and goods across the country.”