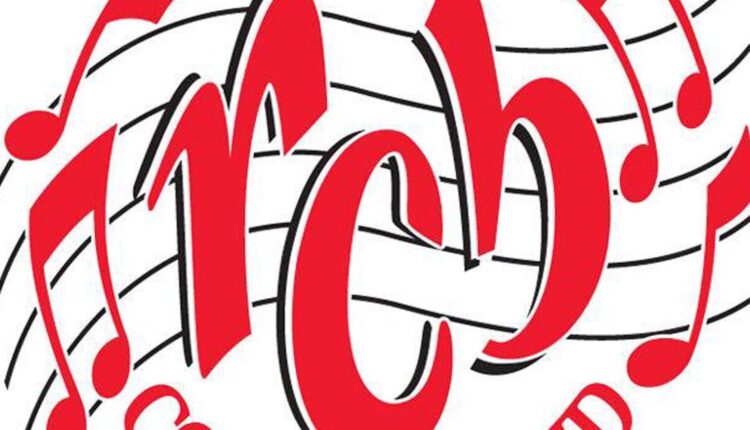 Grade: The zoo’s gates at Walton Avenue and Augusta Street open at 7 p.m. for free admission to the concert site, the Kiwanis Amphitheater on the east side of the zoo grounds. A courtesy cart, for audience members who need assistance in getting to the concert site, is available before and after the concert. The weekly concerts run through Sunday, Aug. 14.

RACINE — The Racine Concert Band continues to celebrate its landmark 100th season, and Sunday night’s program features a unique song from the group’s past.

“When I was working on the band’s history project, I came across this novelty piece, which the band used to perform a lot,” said Vera Olgiun, the band’s librarian and piccolo player.

The piece is “The Elephant and the Fly,” by Henri Kling, first published in 1918. It’s a duet for piccolo and trombone — the band’s tiny “fly” vs. a bigger, brass “elephant.”

“Bands also perform it as a piccolo/tuba duet,” Olguin said, “to contrast the highest octave against the lowest in a band.”

Olguin has been a member of the Racine Concert Band — and the Kenosha Pops Concert Band — since 2006. She also performs with the UW-Parkside Community Band, Wind Ensemble and Community Orchestra and The Dolce Consonant Flute Choir.

In addition to performing, she is the music librarian for the Racine Concert Band, the Kenosha Pops Concert Band and the bands at the University of Wisconsin- Parkside.

Barnes — a Racine Concert Band member for four years — also performs with area big bands, including Swing Nouveau and the All-Star Super Band in Milwaukee. This is his first duet with a piccolo on what he calls “a fun little piece.”

Berg, fine arts director at WGTD radio and a Carthage College music professor, first sang with the group “back in the late 1980s, when they were the Racine Municipal Band,” he said. “Conductor Del Eisch asked me to sing ‘Danny Boy’ with the band when they played for a community band convention in, I believe, Naperville, Ill.”

Singing with the band, he added, “has always been a complete pleasure — singing great music with a fine ensemble.”

Berg will perform two classical pieces: “An Die Musik” by Franz Schubert and “Non Piu Andrai” by WA Mozart. Later, he returns to the stage to sing two standards of America music: “Embraceable You” and “Blue Moon.”

The Schubert piece, he said, “is one of the most beloved songs ever written about music. The words talk about how music is this amazing gift that helps us through what the poet calls ‘the gray hours’ of life. I have always found that to be true, but never more so than recently, when my dad was on his death bed and my siblings and me, and other members of the family, spent hours singing to him.

The Mozart aria, from the 1786 opera “The Marriage of Figaro,” is one of the most popular arias ever written. And, for Berg, it’s a very special number.

“It was the very first opera aria I sang,” he said. “I was a junior in high school when my voice teacher gave it to me, and in a lot of ways, it was the piece of music that really opened up my voice for the first time.”

Audience members Sunday night should listen closely: Berg sang the Italian aria “in English back then,” he said. “And I’m thinking about singing it tjois time in English as well, just for old times’ sake.”

The two standards he’s performing Sunday night are favorites, too.

“Blue Moon,” he said, “is one of the best songs by Richard Rodgers and Lorenz Hart. Hart wrote several different sets of lyrics for Rodgers’ melody — none of which quite worked. These lyrics are Hart’s fourth attempt, and we should all be grateful that he kept at it until he struck gold.”

George and Ira Gershwin’s “Embraceable You,” Berg said, “is one of the all-time great songs — and not just because of George’s luscious melody. Ira’s lyrics are among the very best he ever wrote.”

Marches and a ragtime hit

Mark Eichner, celebrating his 20th season as the band’s music director, will conduct the program. Don Rosen, a professional radio broadcaster for 50 years, is the master of ceremonies.

What to do in Madison this weekend: Atwood Fest, Lovely Socialite and more Isthmus Picks – Isthmus