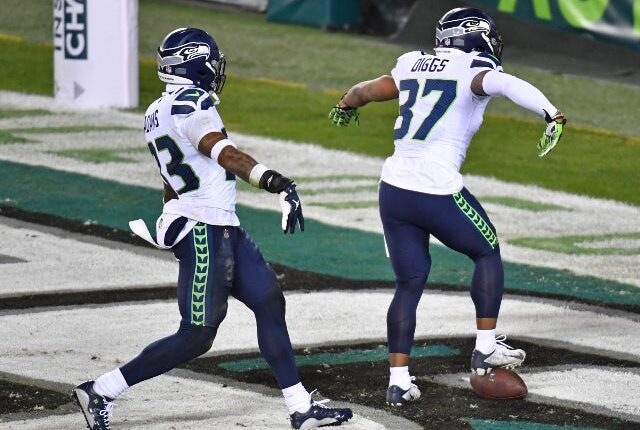 Flying high after their come-from-behind victory, 17-16 over the Indianapolis Colts, the Philly Eagles welcome the Green Bay Packers to Lincoln Financial Field for Sunday Night Football.

The Eagles are first in the NFC with a 9-1 record, while Green Bay failed to keep their momentum going, losing 27-17 to the Tennessee Titans less than a week after coming back from 14 points down to defeat the Dallas Cowboys in overtime .

Philadelphia started poorly last Sunday, but their defense held them in the game long enough for them to come alive offensively, allowing just six points to the Colts in the second half while conceding under 200 yards passing (185).

Nick Sirianni‘s group are seventh in points allowed per game (18.3), while they lead the league in the takeaway department (20).

When faced with a passing situation in 2022, the Eagles’ secondary have risen to the occasion at virtually every instance.

Their defensive backs have allowed a rating of 69.9 against them, which is the lowest in the NFL so far this season.

They are among the best in several defensive categories, third in sacks (33) while also allowing the second-fewest yards per game this year (300.6).

It has been a difficult couple of games in the City of Brotherly Love offensively speaking though, with Philly’s unit turning the ball over six times and averaging fewer than 20 points per game (19) over their previous two encounters.

Philadelphia are still a run-first offense with 33 rushing plays against the Colts, while they only threw the ball 25 times, posting over 300 yards in two of their last three games.

Putting points on the board continues to be a struggle for Matt La Fleur and his Packers, with Green Bay scoring under 20 points last Thursday for the third time in their previous four games.

In 2022 the key to their success has been an ability to be efficient on the ground, going 3-1 this year when they can accumulate 199+ rushing yards.

Green Bay should be feeling better about their ability to slow down the run after allowing the league’s leading rusher Derrick Henry to just a 3.1-yard average without conceding a run of 10 yards or more.

However, their secondary, which has been pretty solid, regressed a little last Thursday, allowing Ryan Tannehill to complete 22 of his 27 passes for 333 yards for a rating of 127.3, numbers the veteran Titans pivot is not used to put up.

The good news for the Packers offensively is that they are getting more receivers involved, as six different ones had at least one catch versus Tennessee, while they now have a passing touchdown in 10 consecutive games.

They are still in the playoff picture, but another defeat could be disastrous, as that could put them up to three games back in the NFC wildcard race with only five games remaining.

None of the Eagles’ primary defensive backs, including Darius Slay, CJ Gardner-Johnson other James Bradberryhave allowed a rating over 80 in defending the pass, while TJ Edwardswho leads them in tackles, is four for short of 100 for the season.

Josh Jobe saw limited practice time this week because of a hamstring strain, Kyzir White had four tackles against the Colts and Miles Sanders carried the ball 13 times for 47 yards.

Aaron Rodgers had a 94.7 rating in their loss to the Titans, tossing a pair of touchdown passes to Christian Watsonwho has five in his last two games, Aaron Jones only averaged 3.3 yards per carry and Randall Cobb caught six passes for 73 yards.

Allen Lazard was their most targeted pass catcher versus Tennessee, as he was thrown to 11 times and had five receptions, Jaire Alexander has held QBs to a 70.4 rating in 2022, Quaywalker led them in tackles versus the Titans with seven and PrestonSmith had 1.5 bags.

Rasheed Walker is sick Elgton Jenkins has a sore knee, Rudy Ford practiced on Wednesday despite an illness and Romeo Doubs could be out with an ankle injury.

Green Bay lead the overall series versus Philly with a 28-17-0 record, as Rodgers threw a pair of touchdowns to Davante Adams and one to Robert Tonyan for a 30-16 triumph in their last encounter.

Perhaps the most famous finish between these two franchises happened in Philadelphia during the NFC Divisional Round in 2004 when the Eagles were trailing late in the game and faced with a 4th and 26th situation when Donovan McNabb found Freddie Mitchell for a 28-yard gain, eventually leading to a David Akers field goal to force overtime.

From there, Packers quarterback Brett Favre what intercepted Brian Dawkins as Akers booted a 31-yard kick for the 20-17 victory.

The most recent Eagles victory came in 2019 when Jordan Howard ran for a pair of scores and caught one as well, one of three TD passes thrown by former QB Carson Wentz in a 34-27 win.

The Packers might be spreading the ball around nicely, but they have not been able to make many big plays down the field, and short 4-5 yard passes are not going to trouble a defensive unit as talented as the Eagles.

For data analysis of the most likely results, scorelines and more for this match please click here.

Click here to get Sports Mole‘s daily email of previews and predictions for every major game!

Tempo time? Packers consider picking up the pace to pick up offense’s production