Tempo time? Packers consider picking up the pace to pick up offense’s production 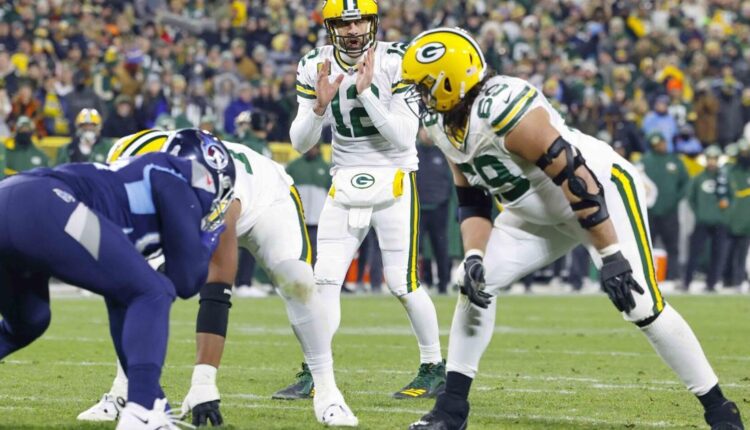 JASON WILDE For the State Journal

The question is whether the Packers four-time NFL MVP quarterback has successfully convinced his head coach, Matt LaFleur, that an all-gas, no-brakes approach will rev up the operation.

Searching for answers for an offensive malaise that, with the exception of the team’s Nov. 13 victory over the Dallas Cowboys, has spanned the entire season — even before the team lost five consecutive games — Rodgers has been suggesting for several weeks that going up- tempo and mixing in a dose no-huddle will help, just as it did in past years when LaFleur’s predecessor, Mike McCarthy, embraced the idea.

Could their prime-time road matchup with the 9-1 Philadelphia Eagles on “Sunday Night Football” be the right time to give it a shot?

“I just think anytime you’re in a funk offensively, this is what Mike and I used to talk about,” Rodgers said in the aftermath of the team’s 27-17 loss to the Tennessee Titans on Nov. 17. “If there’s two , maybe three series where you’re just not moving the ball efficiently, changing the tempo after maybe the first play of the drive is a way to just keep the defense having to make quick calls.

“It’s a good way to just get some plays quickly and get that urgency maybe picking up a little bit.”

Rodgers pointed to a couple of plays against the Titans in which he hurried the offense to the line of scrimmage and quick-snapped the ball, including a 28-yard third-quarter completion to Randall Cobb. It wasn’t a no-huddle play, but the Packers broke the huddle with 17 seconds left on the play clock and Rodgers had center Josh Myers snap the ball just four seconds later — instead of running the clock down to almost zero, as he normally does.

“The few times we went on a quick count (against the Titans), I hit ‘Cobby’ across the middle for (almost) 30 and we had another positive play in the run game, as well. Maybe I’ve got to mix up some cadences a little bit, too,” Rodgers continued. “If we do up-tempo, we can stay in the same personnel. And we’ve had success over the years doing that and this season in some of the called (at the line of scrimmage) situations.”

When the subject was brought back up to Rodgers at his locker on Wednesday, he was less expansive and borderline coy about sharing his thoughts — perhaps an indicator that his sales pitch to LaFleur worked and the Packers will deploy the no-huddle against the Eagles.

“Anything that you work on and emphasize, the results are going to follow,” Rodgers said. “I think you look at some of the stagnation we’ve had on offense, over the season, a lot of times what’s brought us out were some of those up-tempo drives. So, we’ll see what happens this week.”

The Packers haven’t really gone no-huddle this season beyond 2-minute drills or games in which they fell behind significantly and needed to play catch-up. What Rodgers wants to see is usage of the up-tempo approach during the natural course of the game, when it has an element of surprise to it.

“If we feel like it’s going to give us the best opportunity to win a game, then that’s exactly where we’ll go,” LaFleur said when asked about the idea Thursday. “You have a different plan each and every week. If you think you can gain an advantage, not only from an offensive standpoint but from an overall team standpoint, then, certainly, (I’m) always up for whatever’s going to help us win the game.”

Rodgers isn’t the only player intrigued by the idea. Veteran wide receiver Sammy Watkins was part of a Baltimore Ravens offense that went up-tempo frequently, and while the Kansas City Chiefs didn’t do it very often when he was playing with Patrick Mahomes, the 2017 Los Angeles Rams team Watkins played on used it on occasion.

The offensive coordinator for that Rams team? LaFleur.

“I think it’s a great idea to do it. Because we have the plays, we have the offense to do it. I really think it switches up the flow of the game. With the Ravens, I loved it,” Watkins said. “Because I just feel like when you’re stagnant, it’s like, ‘Let’s try some different (expletive).’ And it helped us out. And then we moved the ball and we’re like, ‘They can’t stop us.’ And once they can’t stop you, now they’re all flustered.

“Whoever’s on the field, they get better in the flow of the game. Defenses can only run a couple things. You can’t really blitz, you can pretty much only run one coverage, there’s limited communication. Can it help? I think it will help.

The upside of going up-tempo is that it limits the defense’s ability to substitute, it forces the defense to simplify its schemes. It can also wear out defensive players, but there’s also a very clear downside: If your offense goes three-and-out, your own defensive players could be the ones sucking wind.

“From my perspective, I think it puts a lot of stress on the defense. They can’t get as many calls as fast as they want. I think the D linemen get tired. So we do, of course, but I think those are all pros,” said Myers, who did lots of no-huddle work in college at Ohio State. “I think it’s easier to get in a groove when you’re tempo-ing like that. Easier to get on the ball quick.

Under McCarthy, the Packers’ offense was largely predicated on the no-huddle during the 2013 and 2014 seasons — interrupted in 2013 by Rodgers breaking his collarbone — but the no-huddle is no panacea.

In fact, after using it extensively for as long as he did, McCarthy actually nixed it during the team’s offensive struggles during the first half of the 2016 season, the year Rodgers’ run-the-table prediction late in the year led to eight straight victories and an NFC Championship Game berth.

Rodgers admitted earlier in the week that the Packers’ wide receiving corps back then — Jordy Nelson, Davante Adams, Cobb — were more versatile and experienced than the current group he has at his disposal.

At the same time Rodgers pointed to how he and LaFleur combined elements of LaFleur’s system and McCarthy’s system when LaFleur first arrived in 2019, which should allow them to toggle between the traditional and no-huddle approaches.

“Obviously that was easier, because those guys can play every position. But you get what you emphasize and if you emphasize some of that stuff, you’re going to be more prepared for it,” Rodgers said.

“The beauty in the meshing of systems that we did a few years ago as far as terminology is we can call everything at the line of scrimmage. We’ll see. It’s easier at home, for sure, but we’ve done it on the road for many, many years. Not sure if that’s going to be a part of the plan or not.”