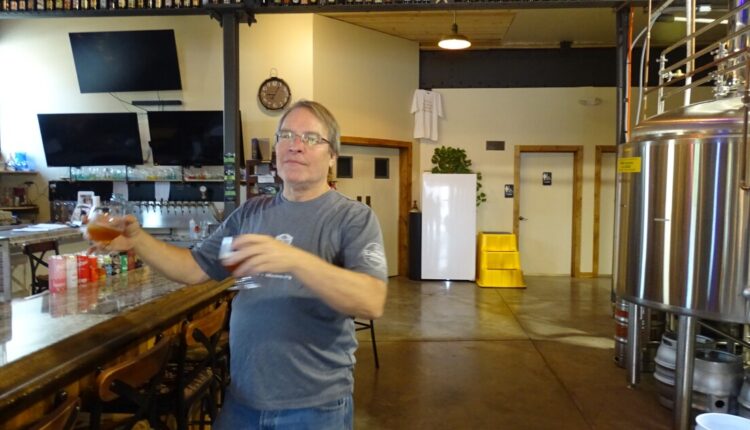 A partnership between a southeast Wisconsin farmer and a brewer has led to the creation of a beer that allows you to taste the history of the state.

The brewery building was originally a livery back into the 1800s

Charlie Tennessen’s wheat about to enter the brewing process.

Mark Flynn owns Littleport Brewing Company located in what was an 1800’s era livery stable in downtown Racine. The brewery opened a year and a half ago.

“We’ve got a home brew store across the street. We started home brew club in 2001. In 2006 we opened the home brew store and we’ve been giving away home brew there for quite a while,” Flynn says. “Our customers over there said, you’d better open a brewery and sell this stuff instead of just giving it away. That’s what we did.”

Anarchy Acres in nearby Mount Pleasant is owned by Charlie Tennessen. He grows wheat varieties that are significant to Wisconsin’s agricultural past. Farmer Charlie Tennessen’s quest began 10 years ago.

“My goal is the wheat of 19th century Wisconsin. That’s what I want to explore and learn about. And we have five varieties this year. [They] authentically did grow in Wisconsin 150 years ago, and Mark is playing with two of those today,” Tennessen says.

Brewer master Mark Flynn creates dozens of types of beers. “When it comes down to it there’s like 25 different style categories and there’s subcategories, so there’s a 100 different beer styles you can make to and we’ve made most of them,” Flynn says. 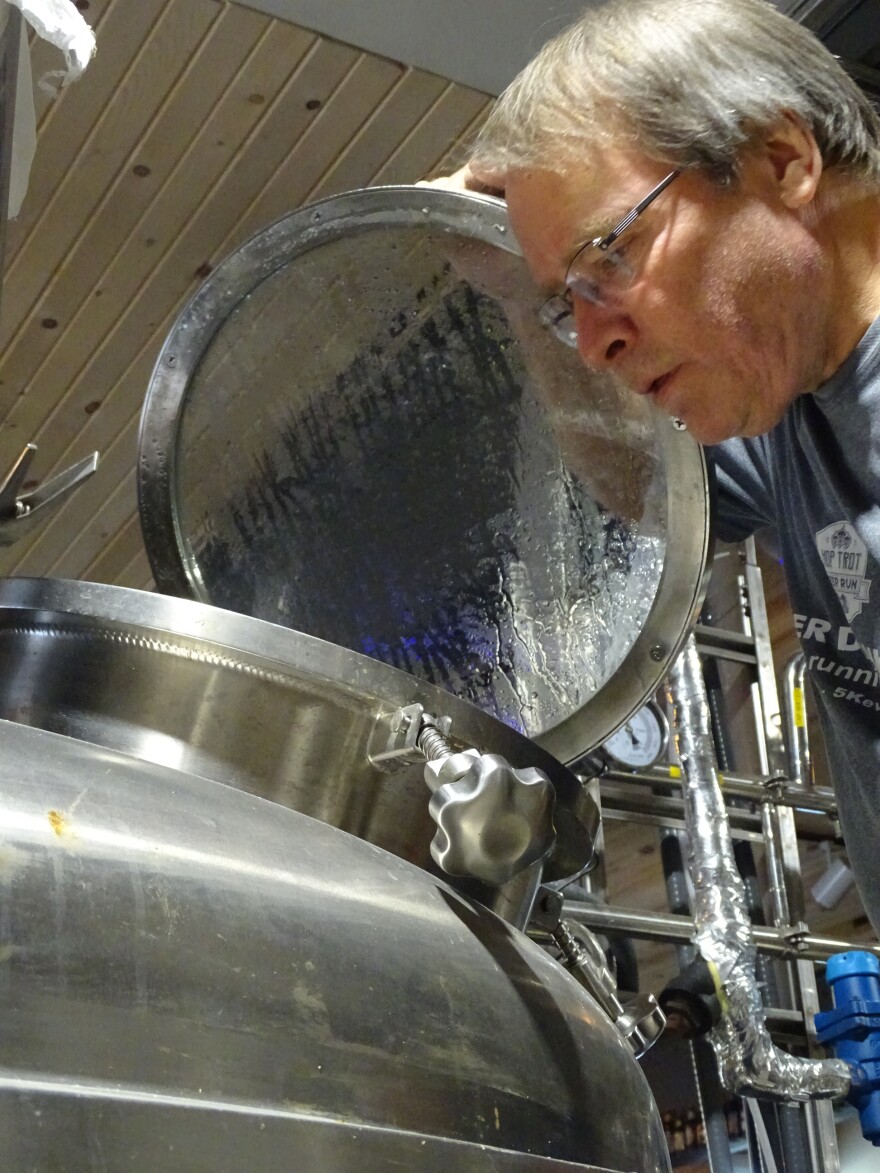 “At that point I didn’t use the Anarchy Acres wheat,” Flynn continues with a laugh. “It was before he was willing to part with some of his wheat.”

Charlie Tennessen says he was eager to partner with Flynn. He just had to make sure he had enough wheat to spread around.

“[We sell] mostly stoneground flour. We’ve been running out the last three or four years. I would grow it and it’s gone by November. This year, for the first year really, I have enough to get all the way through next harvest so I won’t run out,” Tennessen says. “Now there’s enough and I really want to support Mark.”

Tennessen sees their partnership as a celebration of Racine’s history.

“Racine actually was the port that shipped the first shipment of wheat back like in 1840, I don’t have the exact date, out of the Great Lakes ports,” Tennessen adds. “So Racine is part of the history of Wisconsin wheats and Wisconsin grains so it’s just a perfect match.”

Flynn and Tennessen have plenty in common, but have diverging relationships with beer. Tennessen tasted beer for the first time in his life when Flynn brewed Anarchy beer.

As for Flynn, as you’d expect he’s a big beer fan, just not the wheat variety. 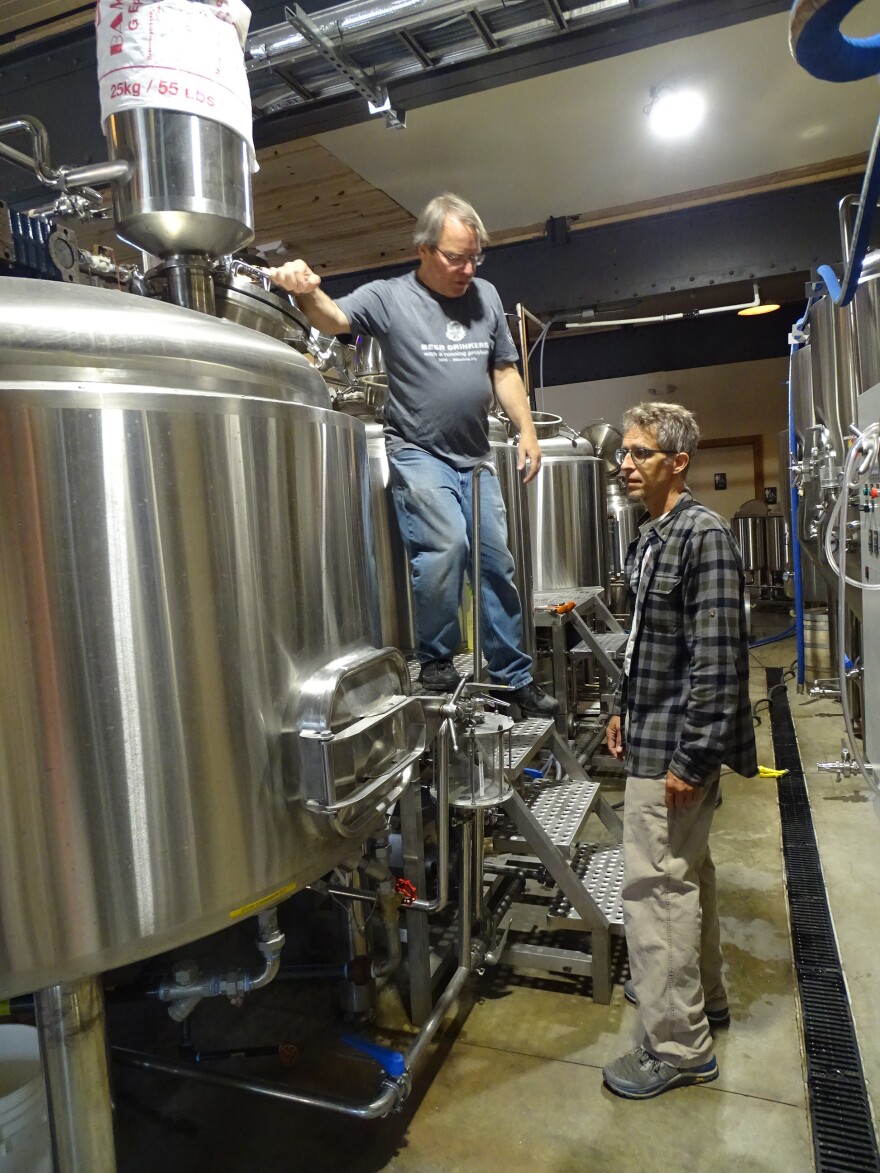 That doesn’t diminish his delight in experimenting with different brews and Flynn is also interested to see how people take to the non GMO wheat Tennessen produces.