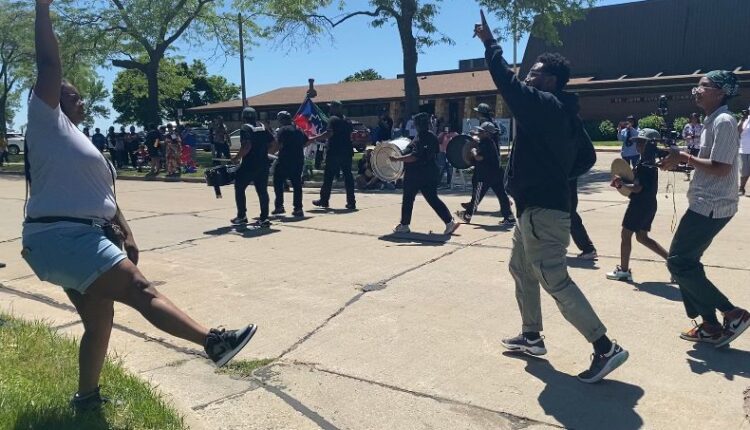 Corey Prince is seeing his vision of a community coming together.

He said it took weeks of planning and working with several organizations to parade through the streets of Racine.

“It’s amazing. The energy leading up to it has been amazing. The community just coming out the way that they are coming out,” said Prince, one of the parade organizers.

For Prince, this parade aims not only to celebrate the end of slavery in America but also serve as a reminder that there is still a lot of work to be done.

“Especially right now, where black people all across the country are fighting white supremacy, racism,” Prince said. “They are fighting cultural-economic depression and everything that we deal with as marginalized communities, it’s time for us to unify and come together and this was just a showing of that.”

Marcus Hart said it was an honor for him and his organization transform u media to be a part of the inaugural Unity Parade in Racine.

“It’s important to be here so we can continue to spread the word of equality for everybody,” Hart said.

Prince also believes this is just the beginning.

“It will be annual,” he said. “Hopefully that it is something that our kids can continue on as a tradition and it can be bigger and better every year.”

That’s why Prince said it was important for the first Juneteenth Unity Parade to lay the groundwork.