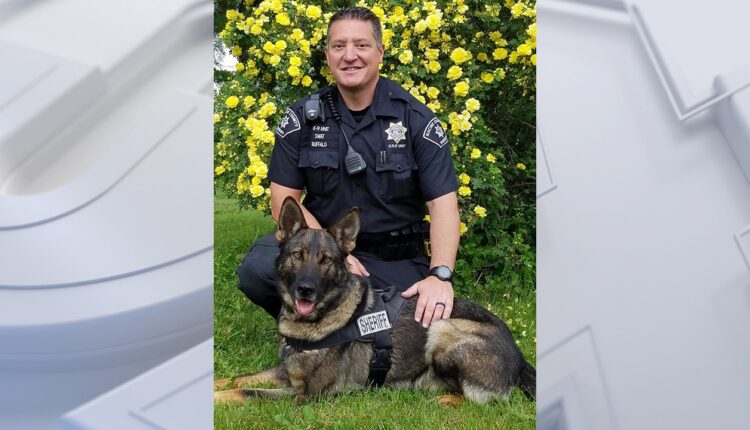 The sheriff’s office said Nitro was born in Hungary in 2012 and made his way to North Carolina, where he partnered with Sgt. Troy Ruffalo – starting a patrol career together that made his way to Racine County.

Nitro is certified in narcotic detection, criminal apprehension and other areas. Over the years, the sheriff’s office said the K-9 helped during a number of incidents. In 2015, Nitro helped track down a bank robber suspect. He also tracked down a suspect who allegedly attacked a deputy and found an elderly man who had gotten lost while hiking. Nitro also led to countless seizures of hidden narcotics and helped execute search warrant.

During retirement, Nitro will continue to live with Ruffalo and his family.

“Congratulations to Sgt. Ruffalo and K9 Nitro for a job well done. Your partnership, training, and dedication to excellence provided an immeasurable service to the citizens of our community. To K9 Nitro, my final request is that you find a comfortable spot on Troy’s couch and enjoy the well-deserved rest you rightfully earned throughout your stellar career!”

Bristol Wisconsin Historical Society Fall Fundraiser is Nov. 5 – West of the I