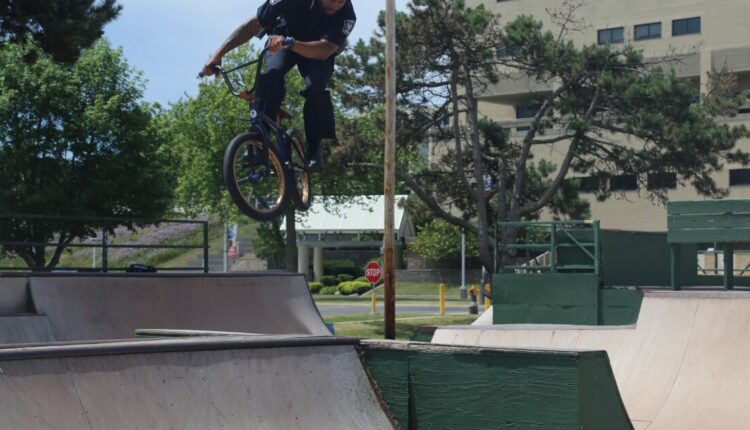 RACINE — A police officer in Racine is literally doing flips and tricks to break the stereotypes of both cops and BMXers/skateboarders. Introducing, Officer Michael Gordon.

He is combining his passion for BMX and being a police officer to connect with the community in a new way.

“I would say that people that ride scooters, and skateboards, and BMX bikes can be seen as delinquents ’cause we hang out in gangs. Sometimes we get in trouble. But I think all in all, we’re just big kids,” Officer Gordon said.

Officer Michael Gordon has been BMXing for 25 years.

He has been riding his BMX bike for about 25 years. The 30-year-old officer said that he always had a propensity of jumping onto and off of ledges when he was younger.

“Biking is just what gave me the most adrenaline rush I would guess,” he said.

He pursued his passion and traveled to different states to ride and work at BMX camps.

“It makes your heart beat,” he said about the feeling he gets while riding his bike. 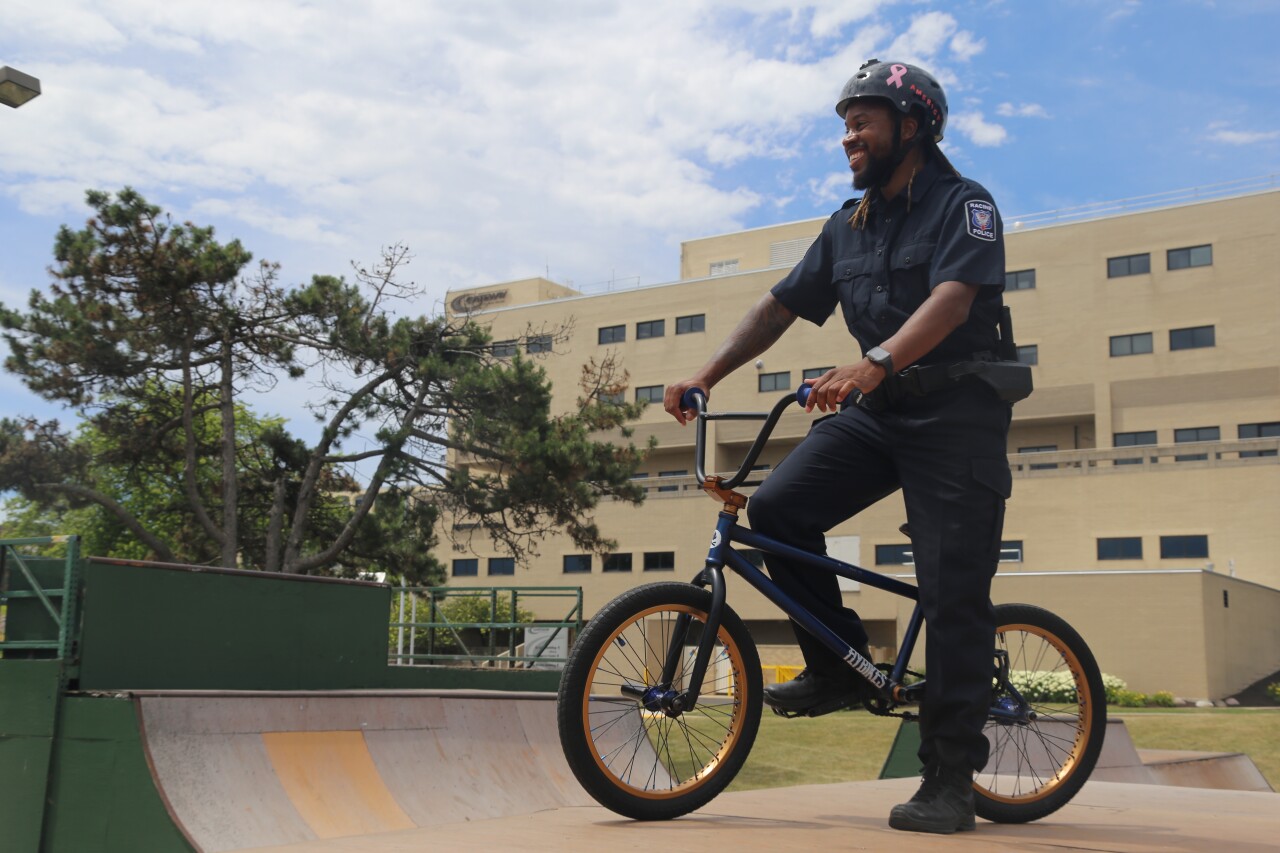 Officer Michael Gordon wants to be a role model in his community and break the stereotypes of police officers and BMXers and skateboarders.

“I’m trying to push the envelope of community relations and what we can do.”

He’s going to be competing in the Lake F/X BMX, skateboarding, and scooter event at Pershing Skate Park in Racine on Saturday. For the first time in the history of the competition, Officer Gordon is bringing a new attraction.

“I’m bringing in a stunt show that I’m also going to ride in.”

It’s the same BMX stunt show that you may have seen at Summerfest.

He doesn’t ride as hard as he used to. But he can still do tail whips and consistently lands back flips. 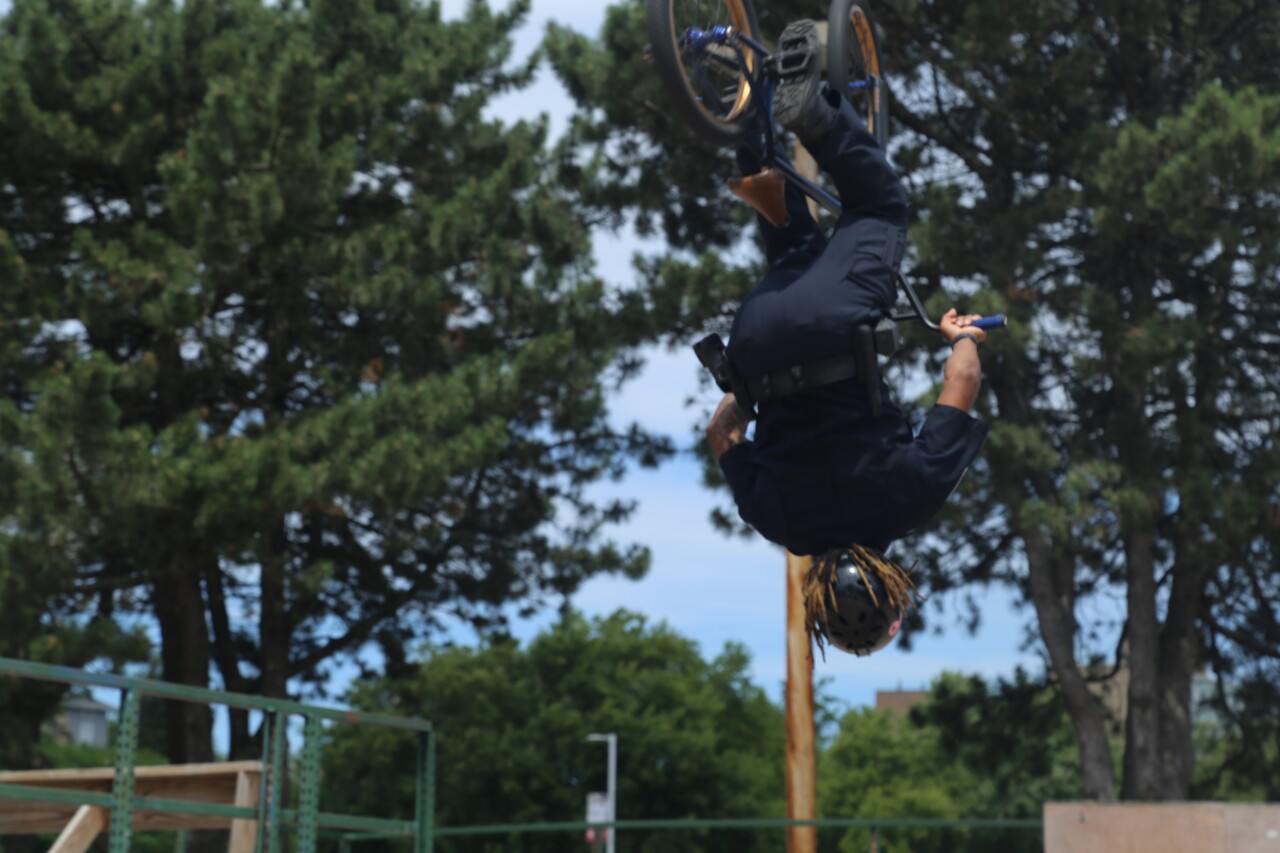 “As I’ve gotten into this job, it’s been a little more hands off because I’m just trying to prevent injuries and do both, so it’s been a balancing act or sure.”

You don’t see many cops in BMX competitions. In pop culture it seems like cops and skate culture don’t go well together. But Officer Gordon wants to break those stereotypes.

“If one kid sees me out here and says, ‘Hey that’s cool. I want to be a police officer or a firefighter or a pilot.’ I just want to show them that the world is your oyster.”

That’s why he believes it’s important to show up to the Lake F/X competition and be a role model in the community.