Racine Theater Guild is All About Community 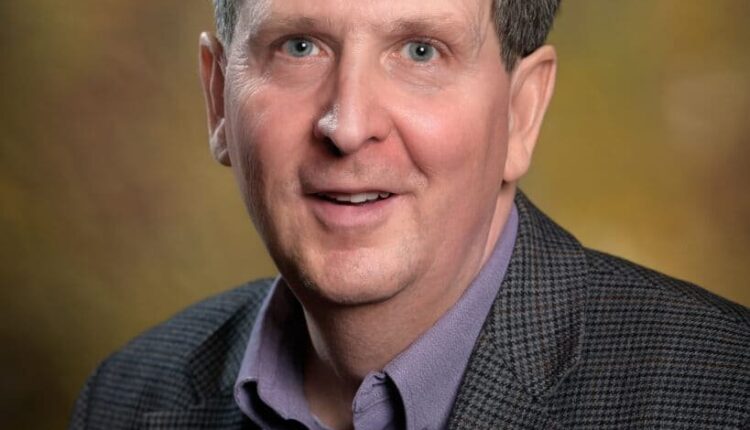 After two years of hiatus due to the pandemic, the theater world is slowly putting itself back together. Though there have been some struggles on Broadway with closing shows, COVID related absences and behind the scenes creative differences, the local theater scenes have been recovering more quickly.

One of the most robust theaters of the past year has been The Racine Theater Guild. Since 1938, the guild has brought theater to Racine with its acting classes, hosting a variety of shows catered for adults and children, and supporting jazz acts through their Jean’s Jazz showcase. Two of the champions keeping this institution thriving are artistic director and executive director Doug Instenes and marketing director Joycelyn Fish. They were happy to meet and discuss the theater’s role in the community, what keeps them inspired, and what they still want to accomplish. The Guild’s performance of the comedy Perfect Wedding runs through January 29.

How did you become invested in the field of theater?

Intense: I did theater in high school and college and my grandmother managed a hotel in Milwaukee called the Plaza Motor Hotel where all the theater people stayed. I saw how they lived, how much money they made and that they were divorced, so I decided I didn’t want a life like that. I then got a degree in restaurant management, worked for the Marriott as a front desk manager and realized I missed the theatre. I went back to get two different master’s degrees in theater and my wife got back to Racine because she was at UW Parkside as a costume replacement person. I guest directed around the state and worked for a dance company before this job opened up.

Fish: I grew up in a very small town on the other side of the state where we didn’t have access to the theatre. My mother, my sisters, and I would rent VHS tapes of musicals from the local library and I grew up watching those wanting to do that. I did children’s theater and theater in high school. With my degree in communications, I worked in the fine arts center on my campus. I wanted to do non-profit work rather than theater work until six or seven years ago when this job opened up. I thought it would be a good fit for a marketing and theater major.

Has the relationship between the theater and Racine developed over the years?

Intense: We’ve been in a number of different places. After first opening in 1938, we used to go to different places to perform. Finally, through SC Johnson Wax and the city with help from our managing artistic director Norm McPhee, they donated some land for a building. We got to go on Wustum museum property (owned by the city) and raised the money to build. We have a very long but inexpensive lease with the city as long as we operate a fine arts center. We’re also supported by a lot of businesses, community members, and donations. Since 1938, we’ve been a part of the artistic scene and we’ve always been able to stay a community theater.

Fish: We’ve also had a relationship with the Racine Unified School District for 30 years which allows students throughout the school district to see theater at the guild. It’s the only opportunity many students have had to experience theater and that’s been constant throughout our time here. Like many public schools, art and theater programs are the first thing to be cut, so we’re able to provide that and hold classes. The other key thing is that we’re a community, volunteer-based theater so everyone involved is from the Southeast Wisconsin or Northern Illinois areas.

Intense: I think in our situation, it’s unique that we have strangers from different walks of life that come together to tell a story. A lot of art such as music or painting, are one person’s piece while theater is a collaborative art form. The fact that you have all these strangers come together to work on a project is a pretty cool experience and allows us to learn from each other .

Fish: I think, to Doug’s point, just like any art form, not every show or piece of the theater is going to appeal to everyone. There’s little bits and pieces that everyone can identify with or want to be involved with. That really makes it a collaborative experience, so people are really building a community when they come through the door.

What goes into choosing the productions for the theater?

Intense: It’s not only an art form, it’s a business. We serve two audiences: the people who put on the plays and the people who are seeing the plays. It’s challenging to find what’s best for the actors, what you can produce, and what the audience wants to see. At the end of the day, we have to pay our bills and no matter what we want to do, it’s about what’s important to the audience.

Fish: Our play reading committee has a meeting every single year. Since 1938, we’ve had over 500 productions. Each season, we have eight shows- usually three musicals and five plays. The committee gets together early in the season and reads between 125 to 180 scripts. The committee is made up of people of different ages who work in various areas of the theater, so there are a lot of different perspectives in the selection process.

Describe the benefits of embracing a wide audience

Intense: Diversity is important, both in terms of product and audience. If you only do dramas or comedies, it limits your appeal and the people you can reach out to. Our slogan is “Lighting up lives at all stages” which means we try to reach everybody. The community is diverse and we need to be diverse in service to the community.

Fish: That goes for all of our programming. In a typical season, we have 165 individual performances which includes our main stage series, a children’s theater series, a jazz series, a comedy series, and classes as well. Diversifying what we have to offer brings different people and multiple generations through the door.

What is one accomplishment from this year that you are proud of?

intensity: I’m proud that we are able to open. With Covid, we’ve had to put understudies in, we’ve had to hold special rehearsals, we’ve had directors and choreographers go on, but we’ve been able to adapt to the pandemic

Fish: We were closed from March of 2020 to December 2021. This is our first full season back and it’s been a challenge, but it’s also been rewarding to be back in our full capacity

Where do you see your theater headed in the future and what do you hope to achieve?

intensity: Our goal is to continue showing everyone the value in theater. We’re also exploring different programming; we’re always trying to figure out what Racine wants to see and what they should see.

Fish: I think that ties into longevity. We are one of the longest, most continuous theaters in the state of Wisconsin. Not many organizations have been around for 85 years and what we look like in fifteen or fifty years will be very different from now. We won’t be able to reach that if people don’t make a commitment to us. There was a large group of volunteers here for years and years who are starting to age out of the system or move out of the state. They’re our audience members as well so we’re looking at how we can make sure the door stays open for newer generations. Bringing in new people to keep Racine Theater Guild a living, breathing successful organization is a big thing.

Intense: One thing people misunderstand about community theater is the quality and ability of the participants. We have professional choreographers and directors. Just because we don’t pay the actors, doesn’t mean they don’t have professional experience. I think the term “community theater” is very misleading because that gives you a false sense of what you’re going to see; they think it’s going to be someone in a barn or in a gym on folding chairs. I think many professional theaters would look at our organization and be envious of what we have.

Fish: I want to add that there are 500 volunteers that are involved each year and the audience only sees the people onstage when the theater involves so many other aspects: makeup, ushers lighting, concessions; every person I’m listing is a volunteer so they’re just as important to the performer or singer onstage.

intense: The most important volunteer is the one that’s missing. If you’re missing the lightboard operator, he becomes the most important person. Everybody has to make this work and we’ve been able to do that for a long time.