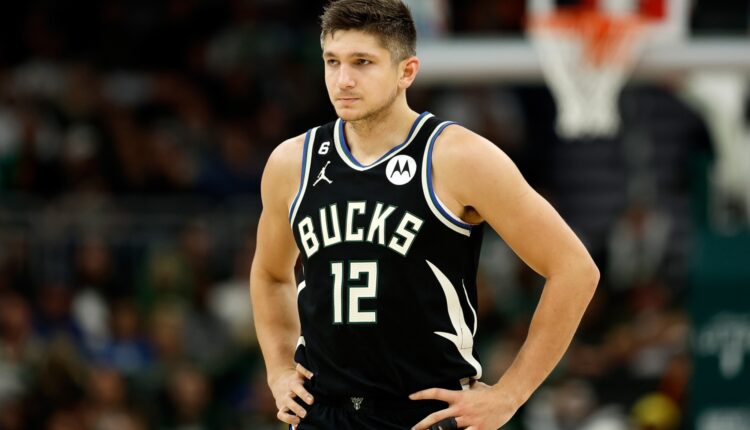 Despite a scorching hot 10-2 start, the Milwaukee Bucks are reportedly already looking for ways to improve their roster.

According to Yahoo! Sports’ Jake Fischer, “Milwaukee has called numerous teams about Grayson Allen’s trade prospects.” Fischer also reaffirmed Milwaukee’s interest in Jae Crowder, a player the team has been interested in for quite some time now. Fischer’s latest reporting that Milwaukee has reached out to numerous teams regarding an Allen trade is interesting.

Obviously, the Milwaukee Bucks are not looking to deal Grayson Allen to simply find him a change of scenery. If the Bucks are going to move Allen, it will be to bring aboard another impact player to help them compete this season. Averaging 10.8 points while shooting 42.6 percent from deep, the guard is having a solid start to the season. On the books for $8.5 million this year and the next, the 27 year old would be a relatively affordable piece for any team in a deal. For all of those reasons, it makes sense for the Bucks to keep Allen unless they are getting a piece in return that can truly be a difference-maker for them.

Of course, when it comes to recent Allen trade rumors, the name that has consistently popped up is Jae Crowder. The veteran forward has yet to play this season after he abruptly requested a trade from the Phoenix Suns before the season started. If the Bucks are willing to move Allen, Crowder is a player who would make sense. Not only do their salaries line up perfectly in a way that would allow a straight-up Allen for Crowder swap, but Crowder possesses several attributes that make him an extremely desirable target for the Bucks.

The Milwaukee Bucks possess the league’s best defensive rating as is, per NBA.com/stats, but the addition of Crowder would make them even more formidable. While it is starting to sound like a cliche at this point, the Bucks are indeed still looking for their PJ Tucker replacement. Due to his versatility and defensive prowess, Crowder would fit the billing. When the Bucks run into an elite scorer like Kevin Durant or Jayson Tatum, having a piece like Crowder to throw at them would be incredibly helpful, particularly in the postseason. He’d be the perfect small-ball power forward for Coach Mike Budenholzer to utilize when he puts Giannis Antetokounmpo at center.

While Crowder is the focal point of trade rumors for the Bucks right now, there are several other players they seem to have their eye on, per the reporting. It will be interesting to see whether more rumors surface with names attached to them. If an opportunity presents itself, the Bucks will likely explore it. If not, keeping Allen is not the worst option in the world, given that he fits in Milwaukee and brings valuable shooting. If the Bucks cannot strike a deal in the early part of the season, they can always wait until closer to the trade deadline to see where things stand.

For now, it seems General Manager Jon Horst is doing his due diligence by testing Allen’s value on the trade market, and understandably so. It will be worth keeping a close eye on whether anything materializes from these latest trade rumors.

Stay tuned to see if the Milwaukee Bucks continue to be the subject of trade rumors.