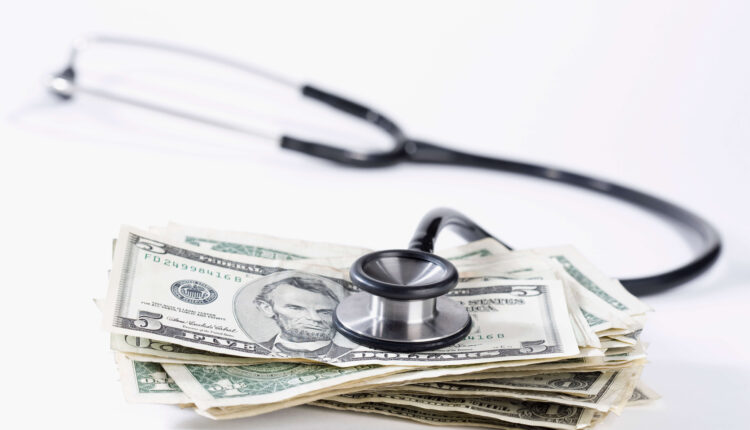 Hospital charity care declined in 2021 while medical debt increased, according to figures from a hospital trade association.

A Wisconsin Hospital Association executive says hospitals are already trying their best to provide relief for patients who can’t afford their health care bills. An advocacy group for low- and moderate-income patients, however, argues that hospitals could do much more.

ABC for Health, which provides legal assistance for low-income people confronted with health costs they cannot pay, has publicized the most recent Wisconsin Hospital Association’s report on uncompensated care, which the hospital association releases annually.

Overall, uncompensated care for Wisconsin hospitals in 2021 totaled $1.29 billion, according to the hospital association. That was down from $1.36 billion in 2020.

A likely reason for the decrease in uncompensated care overall and in charity care is the federal COVID-19 public health emergency. The emergency order from the federal Department of Health and Human Services effectively expanded the number of people on Medicaid, by suspending the periodic review of Medicaid recipients to establish whether they’re still eligible.

As a result, some recipients have remained covered under the program despite changes that might have kicked them off, such as an increase in income — which, under normal circumstances, might have left them uninsured and therefore potentially eligible for charity care, said Brian Potter, chief operating officer for the Wisconsin Hospital Association.

“It probably was beneficial to a lot of people, because they maintained coverage,” said Bobby Peterson, executive director at ABC for Health. “Having that continuity of coverage is really helpful.”

Peterson said that the increase in bad debt numbers concerns ABC for Health, however.

As Peterson views it, “hospitals aren’t getting paid either way.” Charity care erases debt, he said, while patients who are classified as “bad debt” may wind up being sued in court or suffering damage to their credit rating.

An ABC report in October found that some health care providers have increased actions such as sending unpaid bills to collection after suspending such actions earlier in the pandemic.

Peterson said his work on behalf of patients struggling to pay their bills leads him to believe hospitals could smooth the path for those patients, even when they have programs that are supposed to provide financial help.

He said he’s encountered financial assistance staff who don’t appear to understand their hospitals’ own rules and need better training.

“They seem to miss opportunities to direct people in a more proactive way” to options for helping them get covered, he said.

Potter said that hospitals all have their financial assistance policies posted, and for many, people with incomes of 200% or 300% of the federal poverty level are eligible for assistance. But he said some patients delay providing the information to demonstrate that they are eligible.

“If the provider knew up front exactly what the patient’s situation was, it would be a lot easier,” Potter said. “For anyone who cooperates and provides information, I think the system works very well.”

At the same time, Potter said, consumer advocates counsel people in financial distress to pay medical debt last and give preference to housing costs and other kinds of debt. “Hospitals are the providers that take everybody regardless of their ability to pay,” he said.

Peterson said ABC for Health would like to see hospitals do more to take into account what patients in a health crisis that is exacerbated by financial straits are going through.

“For a lot of people having health issues, they’re facing a lot of stress,” he said. “They probably have other medical bills. It’s a very challenging environment for both their physical and mental health.”

He believes hospital financial assistance program employees can be more empathetic in those situations.

“Sometimes I see some of the hospital staff are trying to be disciplinarians in the process,” Peterson said — labeling patients who have trouble managing the situation as “non compliant,” for example.

“It doesn’t work real well with people under a lot of stress.”