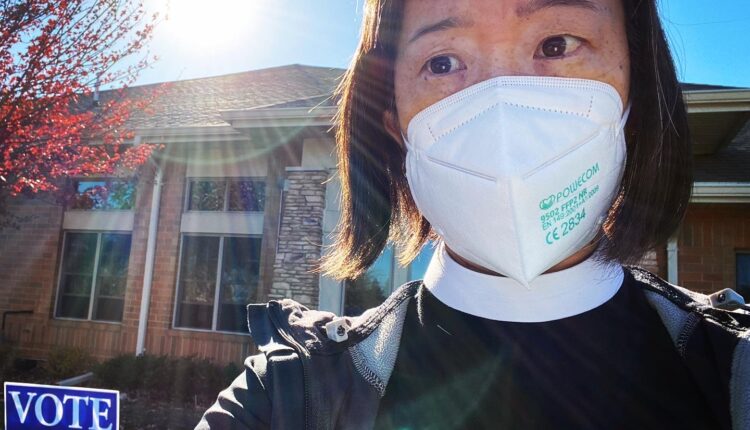 Along with elections workers and poll watchers, Wisconsin voters may encounter faith leaders when they go to the polls on Tuesday.

Clergy of several faiths are volunteering to serve as poll chaplains on Election Day. They will be there, organizers say, to provide support and comfort for voters and poll workers. And in a time of rising concern about voter intimidation, to make sure that everyone’s right to cast a ballot is honored.

Wisconsin is one of 10 states where Faiths United to Save Democracy, an interfaith voter mobilization and protection group, has enlisted clergy to serve as chaplains on Election Day.

Rev. Terrance McKinney of Faiths United to Save Democracy (Photo courtesy of FUSD)

“We are deploying them at the polls and asking clergy to be a moral presence, to make certain that there are not incidents of voter intimidation at the polls and that everyone feels safe, and that the election is fair,” said the Rev. Terrance McKinley, a national leader for the Faiths United poll chaplains project. “If there are incidents of intimidation or suppressive tactics that happen at the polls, our clergy are connected to lawyers who can immediately and quickly respond to those acts.”

Chaplains connected with the Faiths United group are preparing to serve at polling places in Milwaukee and some of its suburbs, as well as Madison, Green Bay, Beloit, Racine and Kenosha.

The Wisconsin Interfaith Voter Engagement Campaign, led by Peter Bakken of the Wisconsin Council of Churches and Rabbi Bonnie Margulis of Wisconsin Faith Voices for Justice, is sponsoring poll chaplains in the state as well. The campaign is also coordinating with the Faiths United poll chaplains project.

“Sometimes when faith leaders are present, it invites people to be their best selves, and to avoid some of the miscommunication, and to help people understand and to be in in the presence of calm and good information,” said a Milwaukee pastor who is one of those organizing the Faiths United project. The pastor asked not to be named in this story out of personal safety concerns.

For people who want to vote but are turned away, the poll chaplain may be able to help them clarify what they need, the pastor explained. Or a chaplain on hand could ensure that voters who have been in line since before the polls close at 8 p.m. still get to cast their ballots even if, because of delays at the polling place, they don’t actually get their turn until after the closing time.

In Milwaukee last week, a person voting early got a parking ticket outside the polling place even though a sign designated the area for street parking for early voting. The pastor intervened, contacting the city, which voided the ticket. “But that kind of thing is a barrier,” the pastor said.

McKinley is a pastor in the African Methodist Episcopal (AME) church and director of racial justice mobilizing for Sojourners, which cosponsors Faiths United to Save Democracy along with the Skinner Leadership Institute and the Center on Faith and Justice at George Washington University.

“We’ve seen persons show up at polling places, brandishing weapons in an effort to intimidate voters,” McKinley said. “We’ve seen in past election cycles, polling places closed earlier than they were scheduled to close, with scores of voters left outside. We’ve seen polling places moved at the last minute, to new areas that were not accessible by public transportation, making it more difficult, particularly for Black voters and voters of color to access those polling places.”

Experiences such as those have “underscored for us why it’s critical for this work now,” McKinley said, “so that we ensure that everyone is able to have the freedom to vote.” They’ve also underscored the importance of passing federal legislation such as the John Lewis Voting Rights Act to combat voter suppression and strengthen the federal Voting Rights Act, he said.

Bakken, the justice and witness coordinator for the Wisconsin Council of Churches, said he and Margulis launched the nonpartisan Wisconsin Interfaith Voter Engagement Campaign in 2018 when “it seemed very uncontroversial — just encouraging people to vote.”

The campaign organized a dozen poll chaplains in the Madison area in the 2020 elections, also out of concern about potential voter intimidation at the polls. This year the group plans to have about 25 clergy at polling places around the state, Margulis said.

This past spring, the campaign paid visits to thank election workers on election worker appreciation day, and Margulis and Bakken asked whether the poll chaplains had been helpful. 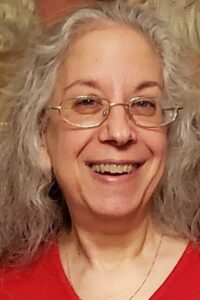 “We’ll never know what didn’t happen, because you guys were there, but we know that our poll workers felt better knowing that you were there,” one clerk told them, Margulis said.

“Today, with poll workers and election workers being so harassed and in some cases having their lives threatened, anything that we can do to help people feel better and more comfortable at the polls, whether they’re there to vote or working at the polls, is something we definitely want to do.”

Chaplains who step in when a voter is being harassed at or around the polling place offer reassurance, comfort and de-escalation, Bakken and Margulis said — providing a buffer and a sense of protection to the object of abuse.

“Mostly our chaplains are staying outside,” Margulis said. “They’re not going into the polling place, but just if they need to walk somebody in, to make sure they [voters] feel safe.”

Between the Interfaith Voter Engagement Campaign and Faiths United to Save Democracy, participating clergy come from a range of traditions, with Christian, Jewish, Muslim, Buddhist, pagan and Unitarian Universalists.

Poll chaplain work is about peacemaking, participants say, but it’s also about justice. 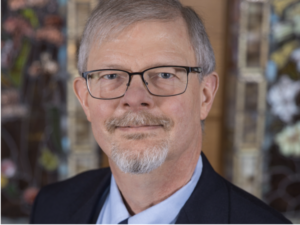 Threats and intimidation surrounding voting and the peaceful transition of power are anti-democratic, and “the very idea of democracy to be questioned is really disturbing, but it also really highlights the importance of having this sort of effort,” Bakken said.

Political rivals and parties “blatantly attack each other,” he added, but voting is “something we do together in spite of our differences — to find ways to resolve them.” In the face of the conflict, “I think that’s why so many people have stepped up into this role — they want to be able to do something about that, to lower the temperature.”

At the same time, said the Milwaukee pastor with Faiths United, for marginalized populations, the current challenges that some voters face have a much longer history.

“It’s very American that certain populations need clergy to feel safe and empowered to vote. I think many of us never thought we would be back here. But here we are,” said the pastor, who is African American.

University of Wisconsin–Madison named an Innovation and Economic Prosperity University