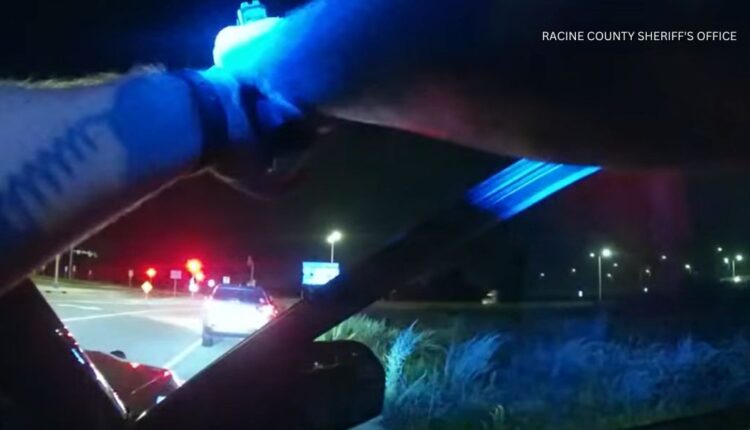 At about 2:20 am, deputies spotted a Jeep traveling south on I-94 near the highway C overpass. Officials say the driver was clocked at 107 mph.

Deputies attempted to stop the vehicle, which continued south on I-94 at speeds topping 100 mph.

The driver made “evasive maneuvers” at high speeds before getting off the interstate on an exit ramp. The vehicle came to a stop.

The driver and passenger were taken into custody. Deputies spotted open cans of Twisted Tea in the front center console.

The driver was identified as a 17-year-old Shawano girl. Officials say they registered a preliminary breath test of 0.11. The legal limit to drive in Wisconsin is 0.08.

The girl’s name was not released. She was booked on these charges:

The teen’s passenger provided a false name, officials say. She initially identified herself as Destiny M. Spruce, 42, Clintonville. She registered a preliminary breath test of 0.11 at the scene. The driver said Destiny was her sister and provided her with alcohol and encouraged her to drink while fleeing deputies.

However, officers later learned that the passenger was not Destiny Spruce, but Desiree Webster, 24. Webster has a pending felony case in Shawano County and is facing additional charges of Obstructing a Police Officer and Felony Bail Jumping.