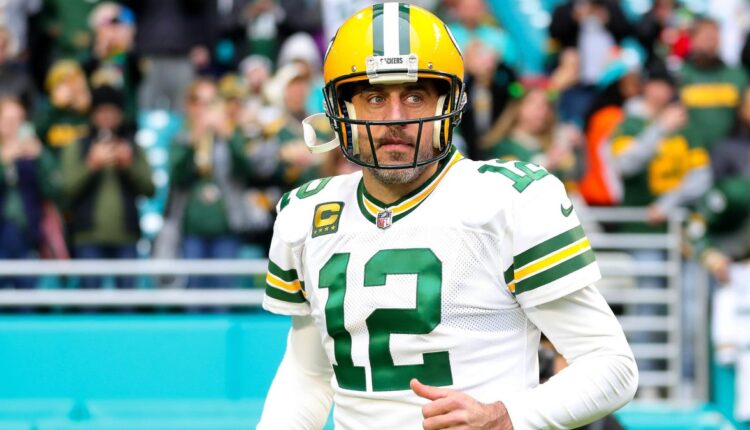 DJ Wonnum (98) and the Minnesota Vikings defeated Aaron Rodgers and the Green Bay Packers in Week … [+] 1. The Vikings are hoping for a similar result today.

So did Tim Jennings and countless members of the Chicago Bears.

In the 2010 regular season finale, Smith brought his Bears into Lambeau Field.

Chicago was locked into the no. 2 seed in the NFC, so it had little to play for. Green Bay needed a win to secure the conference’s sixth and final playoff spot.

But that didn’t stop Smith and Bears from playing like it was the Super Bowl.

And that’s just what Chicago did, playing its starters every 60 minutes. While the Bears had already clinched the NFC North title and a first round bye, they wanted nothing more than to knock their oldest rival out of the postseason.

That didn’t happen, though.

The win gave the Packers the final playoff spot in the NFC. And as Chicago’s bus exited Lambeau Field that night, many Bears had a strange feeling of what could be coming next.

“I keep thinking we’re going to see them again,” Jennings, a standout cornerback, said of the Packers. “I was thinking, ‘Man, we should have knocked them out.’ ”

Yes, they should have.

Three weeks later, the Packers defeated Chicago in the NFC Championship Game. And five weeks after the Bears missed out on a golden opportunity to end Green Bay’s season, the Packers won the 45th Super Bowl.

“We just continued to get better all season,” Packers cornerback Charles Woodson said. “We continued to fight no matter what adversity we went through.”

Fast forward 12 years — almost to the day — and Minnesota has a chance to end Green Bay’s season when it travels to Lambeau Field for a 3:25 pm (CST) contest today.

The 2022 Packers aren’t nearly as talented as that 2010 Green Bay team. But after a 4-8 start, the Packers are suddenly red-hot and have ripped off three straight wins.

Green Bay (7-8) is tied for the No. 8 seed in the NFC, ½-game behind Washington (7-7-1) for the seventh and final playoff spot. The Packers need to win out and hope the Commanders lose one of their final two games.

Of course, Minnesota can do what Chicago failed to do back in 2010 — and that’s crush Green Bay’s postseason hopes. And the Vikings—who consider the Packers their greatest rival—would love nothing more than to keep Green Bay out of the playoff party.

“They’re playing good football, they’re playing complimentary football right now, and there’s a reason why they’re winning and trending upward,” Minnesota coach Kevin O’Connell said of the Packers. “They’re really well-coached and obviously they’ve got experience of playing so many meaningful games in the month of December and on, so expecting a heck of an environment there and a football team that’s playing really, really well.”

Minnesota quarterback Kirk Cousins ​​agreed that Green Bay suddenly looks like a dangerous outfit. And the best way to ensure the Packers aren’t a postseason menace would be making sure they’re not part of the playoff party.

“You’re just always having respect for their team, their players,” Cousins ​​said. “And I think they’ve shown, the last several weeks now, what they’re capable of and we understand that going into this one.”

These Packers aren’t as deep or as gifted as the 2010 outfit that eventually won the Super Bowl.

That offense featured dynamic pass catchers Greg Jennings, Donald Driver, Jordy Nelson and James Jones. This Green Bay team isn’t nearly as explosive in the passing game and ranks 16th in total offense (342.6) and 18th in points per game (20.9), well behind the 2010 team that was ninth in total offense (358.1) and 10th in scoring (24.3).

Quarterback Aaron Rodgers was just 27 years old back in 2010 and starting to play the consistent, high-level football that later led to four MVP awards. Today, Rodgers is struggling through a mediocre season and has gone 19 consecutive games without throwing for 300 yards.

These Packers — much like that 2010 team which finished the year with six straight wins — have picked the right time to get hot, though.

And the special teams — a major problem for nearly two decades — has gone from a weakness to a strength.

“I feel like we can beat anybody,” Rodgers said last week.

That’s exactly how those 2010 Packers felt after reaching the postseason. That team played loose and relaxed — almost like it was operating with house money — and won road games at Philadelphia, Atlanta and Chicago before beating Pittsburgh in the 45th Super Bowl.

“We always believed. We know who we are,” linebacker Desmond Bishop said of that 2010 team. “We know the talent we have on this team. And, we just had to figure out a way to put it all together. Relentless pursuit of perfection and we found greatness.”

The Bears had a golden opportunity to end Green Bay’s 2010 postseason before it even began — and failed.

Minnesota gets a similar opportunity today.

While the 2022 Packers seem unlikely to make the kind of noise that great 2010 team once did, anything and everything becomes possible once a team is in the playoffs.

The question now is can Minnesota deny Green Bay that chance?

“The first game of the season, it’s got that feeling of almost a must-win,” said Minnesota wideout Adam Thielen, whose team defeated Green Bay, 23-7, in Week 1. “And this week has that same feeling as a must-win, for both sides.

And in the process, end Green Bay’s postseason dreams.