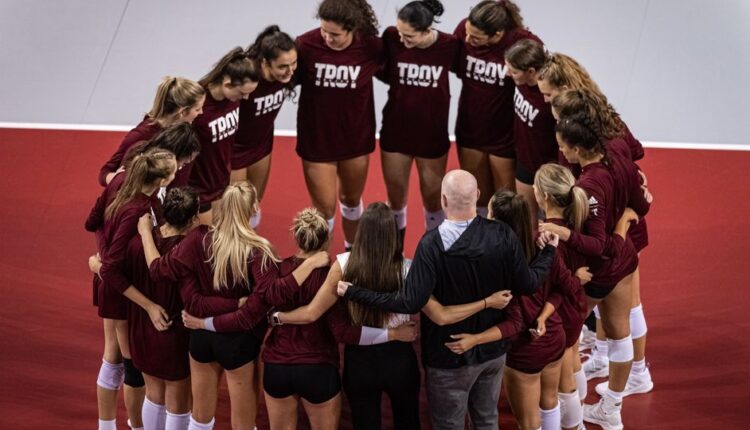 “I’m proud of how we played tonight against a terrific opponent in JMU,” Josh Lauer said. “Our team was very cohesive tonight and played their hearts out.

“There was a lot of emotion after the match, especially from our departing seniors who had done so much for Troy Volleyball during their time as Trojans. I think our team is worthy of a NIVC bid, and I hope this team can play more postseason volleyball together.”

Sophie Davis led James Madison with 20 kills and 10 blocks, while Miette Veldman had 13 kills and Hannah Roberts had 36 assists.

Troy competed in the National Invitational Volleyball Championship (NIVC) Tournament last season and the NIVC will announce its 2022 selections on Nov. 27.