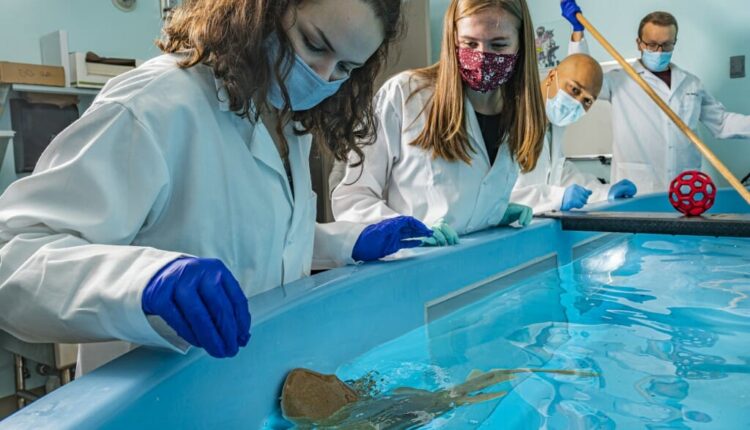 Milwaukee (CBS 58) — Though most would find them scary, a UW-Madison researcher is actually using sharks to help people.

LeBeau will be involved in shark-based cancer research, which UW-Madison says is currently the only research of its kind in the world.

“Sharks are widely misunderstood,” LeBeau said. “I expect many fascinating discoveries to be made in the coming years based on my recent research.”

LeBeau and his colleagues are using nurse sharks to study whether and how proteins called variable new antigen receptors, or VNARs, can be used to treat different types of cancer. VNARs are part of the shark’s immune system and can be engineered to target anything interesting, including viruses, bacteria or cancer cells.

At the Department of Radiology, LeBeau and his colleagues are currently investigating the use of VNARs for nuclear imaging to more accurately detect cancer and monitor disease recurrence. LeBeau said doctors could also use VNARs to treat cancer because sharks and their immune systems are so ancient.

“We’re trying to use the strange properties of VNARs to create drugs that recognize cancer cells and bind tightly to them,” LeBeau said. VNARs “could lead to better methods of detecting and destroying cancer cells.”

LeBeau is no stranger to doing research on various animals. In 2019 he worked in Minnesota investigating how animal cells from llamas and alpacas could be used to identify and fight prostate cancer cells.

More recently, however, LeBeau turned his attention to COVID-19, studying how VNARs “can prevent the virus that causes COVID-19, its variants, and related coronaviruses from infecting human cells.” According to his research, VNARs are unlikely to be available to treat humans at this time, but could be used to prepare for future coronavirus outbreaks.

“My ultimate goal is to give hope to those who have no hope,” LeBeau said.