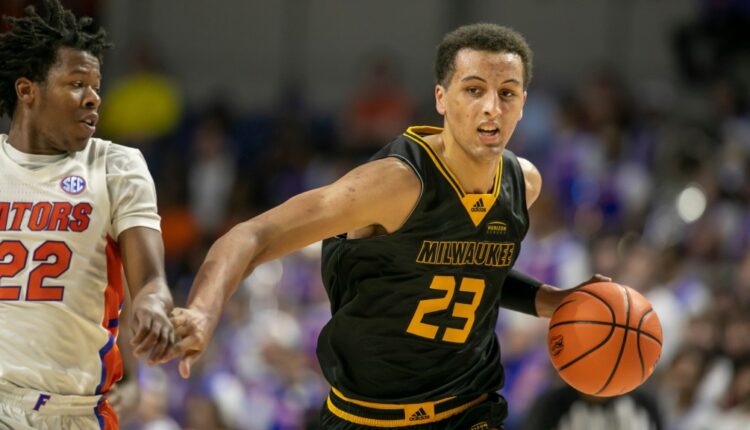 Milwaukee guard Patrick Baldwin Jr. plans to stay in the 2022 NBA draft after one season with the Panthers, he told Michael Scotto of HoopsHype.

Baldwin, a former consensus five-star recruit, averaged 12.1 points, 5.8 rebounds and 1.5 assists in 11 games. He was limited due to a previous ankle injury but produced a double-double in his debut on Nov. 9 with 21 points and 10 rebounds.

He largely failed to live up to expectations at Milwaukee and had an underwhelming showing at the draft combine. He ranked in the bottom five in lane agility (12.25 seconds) and three-quarter sprint (3.45 seconds), and also had the worst max vertical jump (26.5 inches).

Because Baldwin struggled in college, many thought he could return to school in order to improve his draft stock. However, Baldwin said he is receiving good feedback during the pre-draft process and will forgo his remaining college eligibility.

I plan on staying in. I think the feedback I’ve been getting is pretty good. Typically, a lot of the teams haven’t even mentioned the testing as a factor for me. A lot of what I do is shooting, spacing the floor, making the correct play and being a heady basketball player. That’s something I’ll bank on going into this process. I’ve gotten some pretty good feedback so far.

Teams still likely view Baldwin as a first-round pick given his overall skillset. They likely still see a player that was once highly touted entering college and believe he can develop into a potential cornerstone franchise at the next level.

The NBA draft will take place on June 23.