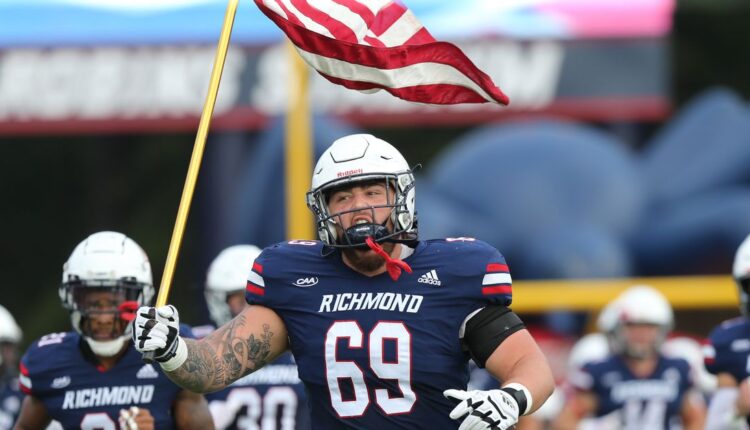 The Colonial Athletic Association regularly sends multiple participants to the FCS postseason and showcases some intense battles for those spots. It could be argued, however, that the CAA has lacked a certain level of parity in recent years thanks to one team: James Madison. The Dukes claimed at least a share of the league title in five of the last seven seasons.

JMU was a national power at the FCS level, winning two titles and playing for two others. The Dukes bid the FCS goodbye this offseason and set up a schedule that allowed for an immediate move to the FBS’ Sun Belt Conference this fall. Just like that, the CAA has people wondering who’ll step into those big footsteps left by James Madison.

Villanova: Villanova has been the only real thorn in JMU’s side in recent years and in 2022, they boast a flurry of returning talent. The most exciting returning player might be senior wideout Rayjoun Pringle. Pringle was a second-team All-CAA selection last fall hauling in 41 catches for 843 yards and eight touchdowns. If he stays healthy he can be one of the more dangerous offensive players in the conference, but he isn’t the only receiver that can light it up. Jaaron Hayek led the team with nine touchdown grabs in 2021 and is also coming back.

The Wildcats come in as a popular pick to take the conference crown this year because of guys like that. The team snagged a share of the title in 2021 and beat the Dukes along the way. Mark Ferrante has built a legitimate national force in Philly and has returned ‘Nova to shades of what they once were in the first decade of the 2000’s. Last year, they got as far as the quarterfinals before a very good South Dakota State team took them out, but this team has plenty of experience under its belt now.

Delaware: The most exciting CAA hire of the offseason was arguably that of Ryan Carty. Carty, who had previously served as Sam Houston’s offensive coordinator, returns home and will look to get the Blue Hens back into national relevance. Delaware grabbed a share of the league championship in the spring COVID season, but before that they hadn’t so much as sniffed a conference title since 2010 when they went all the way to the national championship. Back then, Carty’s former boss, KC Keeler, was calling the shots.

The Blue Hens’ defense will be bolstered greatly by the return of safety Noah Plack. Plack earned Second-Team All-Conference honors in 2021 for his 57 tackles and three pass break ups. He shut down the back end and made passing a nightmare for opposing quarterbacks. Delaware also has a very good special teams unit that has one of the best punters in the country in Tyler Pastula. Pastula averaged nearly 43 yards per boat last year and only sent it into the end zone three times. He pinned opposing offenses inside their own 20-yard line 24 times.

Richmond: Head coach Russ Huesman, now in his sixth year, will have the most explosive kick returner in the conference at his disposal this fall with Aaron Dykes. As a freshman last season, Dykes averaged nearly 29 yards per runback and took it the distance once. Richmond will have a special teams advantage in nearly every game they play this season because of him.

Last year, the Spiders suffered an ugly five-game skid in the middle of the year that undoubtedly cost them a chance at the postseason. Those five losses came at the hands of some pretty stout competition. Virginia Tech, James Madison, and Villanova all handed them a defeat in 2021. However, they went on to win four straight to close out the season. Momentum is an important thing to carry into the offseason and no one enters 2022 with more than this group.

Rhode Island: The Rams got incredibly close to reaching the postseason for the first time since 1985 last year, but an untimely loss to Elon in the final week kept them out. Still, this team went 7-4 and Jim Fleming won more games last year than in any other season during his time at Rhode Island. Now in his eighth campaign with the Rams, Fleming seems poised to push them over the hump.

If Rhode Island is to have a successful run again this year, odds are junior tight end Caleb Warren will be a big reason why. Warren, a CAA First-Team selection last year, caught 23 passes for 386 yards and three touchdowns a season ago. He helped propel a Rams offense that scored over 25 points and 200 passing yards per contest in 2021. William & Mary: One of the more intriguing teams in the conference this season will be William & Mary. Nate Lynn is back for his senior season and that’s big. The Tribe’s stud defensive lineman got in on 52 tackles in 2021 and forced six fumbles. Also present will be the defending CAA Offensive Rookie of the Year Darius Wilson. The 6’3”, 185-pound quarterback threw for over 1,200 yards and rushed for another 386 last year. He was responsible for 10 total touchdowns.

The Tribe roared out to a 6-2 start last season before dropping their last three and just missing out on the playoffs. They fell short against three teams on this list (Delaware, Richmond and Maine) and also had defeats to a then-No. 2 JMU and FBS Virginia. What’s more is that they topped Villanova on the road. Of course, William & Mary will need to win more than six if they are to have a prayer at the title, but you certainly can’t count them out against anyone in conference play.

Maine: Maine seems to get lost in the shuffle when talking about the CAA but they really shouldn’t. The Black Bears made a run to the semifinals not that long ago (2018) and will have plenty of playmakers returning to the mix. Running back Freddie Brock rushed for 720 yards and seven touchdowns in 11 games as a sophomore last year. Tight end Shawn Bowman is coming off a 24-catch season that saw him accumulate 282 yards and four scores. There are weapons available for quarterback Derek Robertson who’ll be looking to improve on an impressive redshirt freshman season.

Maine may not be the sexiest pick to be the conference champ, but it’s tough to say with certainty that they can’t do it. This team reeled off five wins in six games to end the season last year (taking down a ranked Rhode Island team and FBS UMass). Two of their losses came at the hands of top five teams in JMU and Delaware. The Black Bears are sneaky and with the momentum of last year’s win streak, they’ll be coming in with a head of steam.

Elon: It may be a long shot, but the Phoenix won six games last year and really only got better. They landed Montana State transfer quarterback Matthew McKay this offseason and retained guys like cornerback Tre’Von Jones. Jones was a Third-Team All-Conference player last fall and McKay, before losing his starting job with the Bobcats, led the team to a 9-2 record.

Elon also pulled off some impressive wins last year including victories over Richmond, Maine, and Rhode Island. Head coach Tony Trisciani is coming into his fourth year and, like many of his CAA coaching counterparts, is looking to elevate his team to the next level. A trip to the playoffs seems more attainable than a conference title at this juncture but don’t take anything off the table yet.