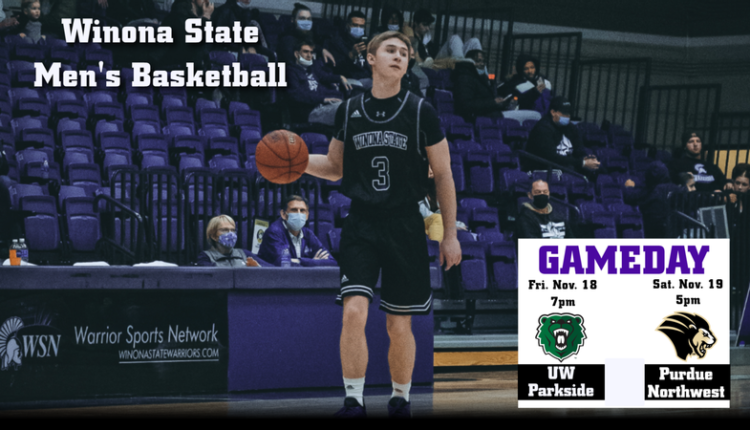 KENOSHA, Wis. – The Winona State University men’s basketball team continues the Warrior road show to start the 2022-23 season, as WSU will take on the University of Wisconsin Parkside and Purdue University Northwest in the UWP Hairbo Invitational on Friday, Nov. 18 and Saturday, Nov 19. The Warriors will tip off at 7 pm against the host Rangers on Friday and play at 5 pm against the Pride on Saturday.

Winona State sits at 2-0 to start the season, claiming a pair of victories last weekend at the Central Region Challenge in Kansas City, Mo. hosted by Pittsburg State University.

For the most up to date news in Warrior Athletics, please visit: www.WINONASTATEWARRIORS.com and @WinonaStateATH.

The Winona State University Department of Intercollegiate Athletics, as an integral part of the educational mission of the institution, is committed to offering opportunities to experience academic and athletic excellence for our student-athletes through two simple words: Graduate champions.