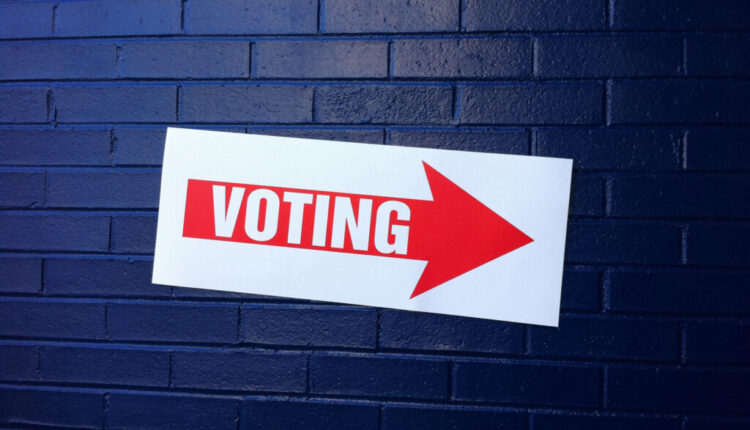 With six of Wauwatosa’s eight common council seats now up for grabs, change could be coming to the suburb. Two of the candidates, if they win, would be among the first people of color to hold a seat on Wauwatosa’s common council. Running for the seat in District 5 is Sean Lowe, the current chair of the city’s Equity and Inclusion Commission. Over in District 8, former Ad Hoc Committee Chair John Larry also has his eyes set on a council seat.

Among those who won’t seek re-election in Wauwatosa are Matthew Stippich, Kathleen Causier, Michael Walsh, Allison Byrne, Jason Kofroth, and Craig Wilson. As scrutiny increased on the suburb in 2020, during protests of police killings, Stippich pushed for a body camera policy and other reforms for the department. Wilson also backed the creation of the Ad Hoc Committee, and other efforts to reform the police department. Krofroth caught heat in 2019 after using the celebration of minority players on sports teams as examples of progress in equity.

Lowe feels that having the first African American sit on Wauwatosa’s common council “is long overdue,” he told Wisconsin Examiner. “Especially with the updated census results that we have, and the makeup of Wauwatosa being at almost 20% diverse individuals, that means that there should be no less than two seats filled with people of color at all times. And as that make-up continues to change, the representation, the thoughts and views of the common council should also reflect the city as a whole.”

Wauwatosa is haunted by a legacy of racial discrimination, red-lining, and segregation. Relics of that history, such as the racial housing covenants which prohibited homes from being sold to Black residents, can still sometimes be found in the city’s oldest homes. Those covenants were enforced even into the 1980s, a decade which ended with a scandal involving racist Martin Luther King Day parties held at the homes of Wauwatosa police officers. Some of those officers were later promoted by former Wauwatosa Police Chief Barry Weber, and served in supervisory roles for years. It’s a history that still endures.

Mayor Dennis McBride and other city leaders denounced the letters, although the people responsible were never identified. That same summer, as protests brought pressure on the police department, Weber lashed out at both Lowe and Larry. Weber admonished Lowe for having spoken during a public hearing on racial issues in the city, and questioned why Lowe’s commission was even needed. He also attacked Larry for his association with local protest groups.

At least some of that controversy now seems to be in the past. Both Lowe and Larry have told Wisconsin Examiner that their experiences with Wauwatosa’s new police chief, James MacGillis, have been as different as “night and day.” The city’s Police and Fire Commission has also seen some upheaval, including having it’s president step down last year. Participating in local government has also opened people’s  eyes to what could be possible in the community. Larry, who works in the educational field and has been a Wauwatosa homeowner for the past six years, emphasized that point.

After experiencing how some of the city’s issues can manifest such as in his time as a teacher and during the protests, he says, “I have felt compelled, summoned to call to serve in a capacity here in Wauwatosa. And that capacity right now is District 8 alderperson.” He added, “Changes have come, the platform has been set for a new voice.” Larry says that he wants to make Wauwatosa “a first-class city for all.” 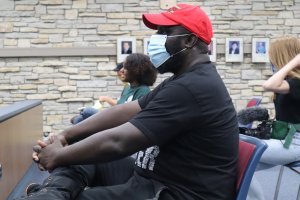 Lowe echoed that sentiment, and is particularly motivated by young people of color who live in Wauwatosa. “I think now is the time,” said Lowe, who wants residents to feel “that they have someone that is going to represent the district to the best of their ability. And with the Wauwatosa school system that is 37% diverse, they don’t have anyone on the common council that looks like them. So I want to be that person where those kids can point to, and have that representation on the common council.”

If elected, several issues would be at the forefront of Lowe’s mind, including some things carried over from his work on the Equity and Inclusion Commission. “I’m definitely going to be working on police reform,” Lowe told Wisconsin Examiner, “and I’m going to be working on affordable housing for seniors and under-served communities. And making sure that I’m also preserving our natural land and water resources, making sure Wauwatosa is environmentally friendly for businesses and innovators.”

Larry says he’ll focus on issues affecting his own district, as well as issues in Wauwatosa as a whole. “Those situations and those challenges are just serving the people with excellence,” says Larry. “I think that we have done an OK job of serving them, and meeting their needs, and responding to their concerns. But in a, you could say, a status quo type of way. So what I want to do is help raise the bar of excellent service to the citizens of Wauwatosa, and particularly those in District 8.”

Reflecting on Lowe’s campaign as well, Larry declared this “a historic moment.” He added that it’s time “for leadership to continue to rise up among those who are Black and Brown in order to give the future generation, the kids who look like me, the kids that I’ve mostly taught, the opportunity to think, know, and believe that they can do anything that they set their mind to.”

Lowe added, “People need to understand that all elections matter. And even though it’s a spring election, it’s a very important election.” Voters have the power to elect minority candidates, which would “make history,” Lowe says. He emphasized that Wauwatosa, “desperately needs some positive history, diversity, and inclusion. This is a chance to turn that page.”