Beer and Cheese Fest is back – Isthmus 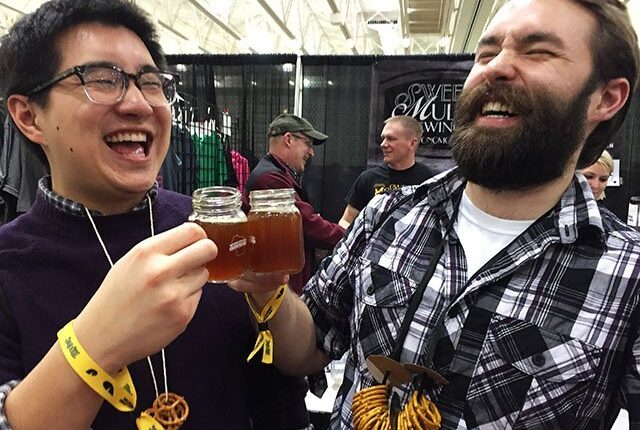 Madison’s Beer and Cheese Fest takes place next weekend after skipping 2021 due to the pandemic. However, there are some significant changes.

The event, formerly called Isthmus Beer and Cheese and held (along with a number of events) in support of the publication of the newspaper, is no longer associated with Isthmus. The newspaper’s former owners, who also operate Red Card Meal Plan, retained the rights to the events while the newspaper reformed as a non-profit organization, Isthmus Community Media.

The organizers also impose security measures to prevent the spread of COVID-19.

All participants, brewers, vendors and volunteers must be fully vaccinated against COVID-19. (This means two doses for vaccines that require two doses; boosters aren’t accounted for.) “Despite the virus, people are still getting out and going to events, so this year we tried to develop beer and cheese to counter that.” different levels of comfort that attendees experience at large public gatherings,” says event director Ryan Richards.

Everyone who enters the festival must show a current vaccination card with the vaccination data and the usual proof of age. Photographs of immunization cards and a copy of Wisconsin Immunization Registry records will be accepted. Negative COVID tests will not be accepted for entry.

As in previous years, the event will take place in the exhibition hall of the Alliant Energy Center. Visitor numbers are expected to decrease from 6,000 in 2020. Ticket sales are currently at about 2,200, according to Reynolds.

The smaller crowd will allow greater separation between the brewer’s and cheesemaker’s stands and will allow tasters to move around the hall. “Things were spread out on purpose, and with a smaller crowd there will be more room for everyone,” says Richards. While masks are not required when eating or drinking, they are encouraged if they don’t taste. Hand washing and sanitizing stations will be available.

As of this writing, 100 breweries have signed up, up from 130 in 2020. There are fewer cheesemakers — just three, Capri Cheese, Klondike Cheese Company, and Harmony Specialty Dairy Foods, all Wisconsin-based. However, with different cheeses from each cheesemaker, there are different pairing possibilities. There will also be grocery carts for sale on site (inside).

Richards says brewers have told him they will be bringing more experimental beers and one-offs because a smaller crowd allows for a slower pace of tasting and more conversation about unique beers. It also means that limited festival-only releases last longer in the festival’s general session and allow a larger percentage of the total crowd to try them; In years past, sometimes only those with VIP tickets (allowing entry a few hours before general admission) have snagged those bonus beers.

More than 250 (possibly up to 300) different beers are expected to be served during the festival. New breweries making their debut at the event include Madison’s Starkweather Brewing. The brewery has yet to open on Atwood Avenue at the former location of the Next Door Brewery. Visitors to Beer and Cheese will be among the first to try their beers. Starkweather offerings include First and Foremost, a West Coast pale ale, and Sweet Heat Plum, a Gose-style beer infused with plum and scorpion pepper.

Also new to the festival is Madison’s Young Blood Beer Company. New beers launching at the festival include a black lager called Slayer Owes Me $16 and a fruity tart called Elite Hug made from blueberries.

Full Mile Beer Company and Kitchen will be bringing their Weizenbock, a wonderful example of a wheat-based German bock and an early sign of the annual bock beer season. Brewer Bill Morgan also plans to pour vintages of the brewery’s annual anniversary stout called Collusion. Those with a ticket to the Very Important Drinker (VID) session before the festival can sample Full Mile’s Boosted, a new cask-aged, fruity strong ale from Sun Prairie Brewpub.

Capital Brewery’s Tanner Brethorst will unveil Juice-O-Rama, a cloudy IPA and his first attempt at crafting the style since he was hired as Capital’s brewmaster last summer.

A fan favorite for gluten-free beers, Alt Brew will be bringing several new recipes to the festival, including Ravenswood brown ale.

Recent startup Amorphic Beer is another newcomer to Beer and Cheese. The brewery opened in Milwaukee’s Riverwest neighborhood in early December. His festival drafts include Schrödinger Paradox, a double dry-hopped IPA made with citra and strat hops and oats, and The Horse You Rode In On, an Arizona-inspired Kesselsauer loaded with cactus fruit and hibiscus blossom.

When the Green Bay Packers play in a playoff game on Saturday, there’s a TV for updates, and La Crosse-based 608 Brewing Company plans to pour their Packers-inspired double IPA. His MVB (Most Valuable Beer) is bursting with tropical juicy flavor from Riwaka, Sabro and Mosaic hops.