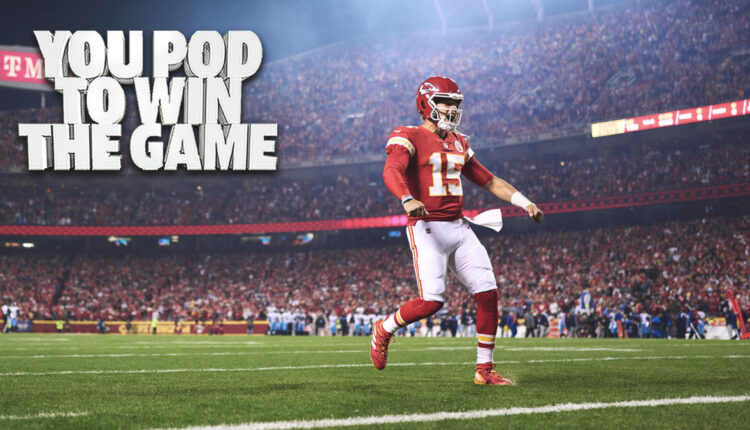 For a while there on Sunday night, it looked like rookie quarterback Malik Willis and the Tennessee Titans were going to outlast Patrick Mahomes and the Kansas City Chiefs at Arrowhead Stadium. It was a David vs. Goliath matchup for the 3rd round QB out of Liberty, and despite going home with the loss, they forced the Chiefs deep into overtime and Mahomes to throw a near-record 68 passes.

Charles Robinson & Frank Schwab kick off their Sunday night recap podcast talking about the interesting game in Kansas City and why the lack of a run game for the Chiefs continues to be their Achilles heel.

Later in the show, the guys recap all of the games and storylines from Sunday’s Week 9 action, including a shocking New York Jets win over the Buffalo Bills, the increasing possibility that Justin Fields may be the best QB in the 2021 class & why the Green Bay Packers should’ve blown up the team and traded Aaron Rodgers last offseason.

• Buy an All-Juice Team hoodie or tee from BreakingT.com/Terez. All profits directly fund the Terez A Paylor scholarship at Howard University.

• Donate directly at giving.howard.edu/givenow. Under “Tribute,” please note that your gift is made in memory of Terez A. Paylor. Under “Designation,” click on “Other” and write in “Terez A. Paylor Scholarship.”

Check out all the episodes of You Pod to Win the Game and the rest of the Yahoo Sports podcast family at https://apple.co/3zEuTQj or at Yahoo Sports Podcasts

Johnson, other Republicans rally in Racine for last-minute election push